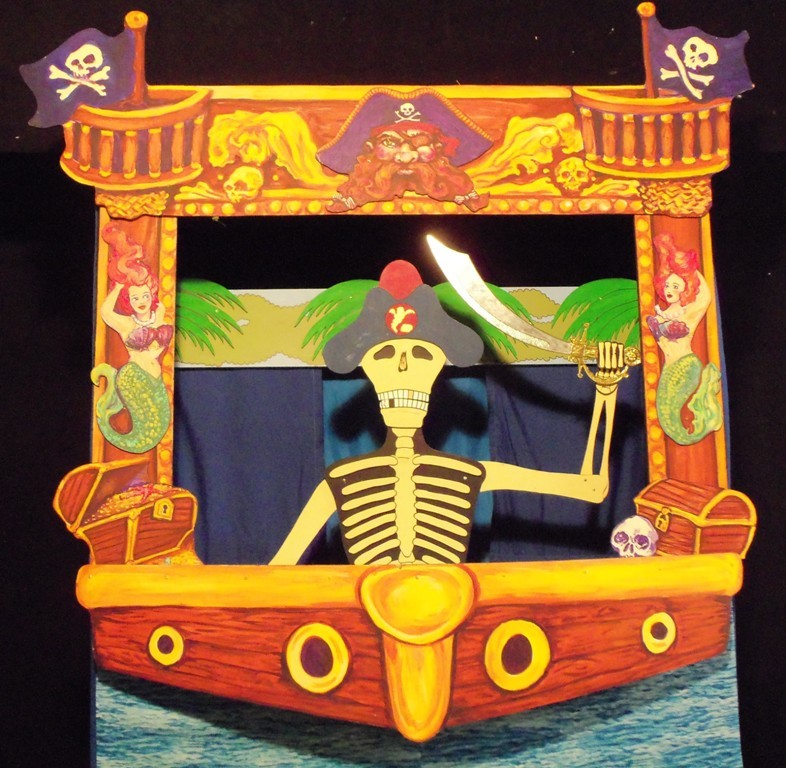 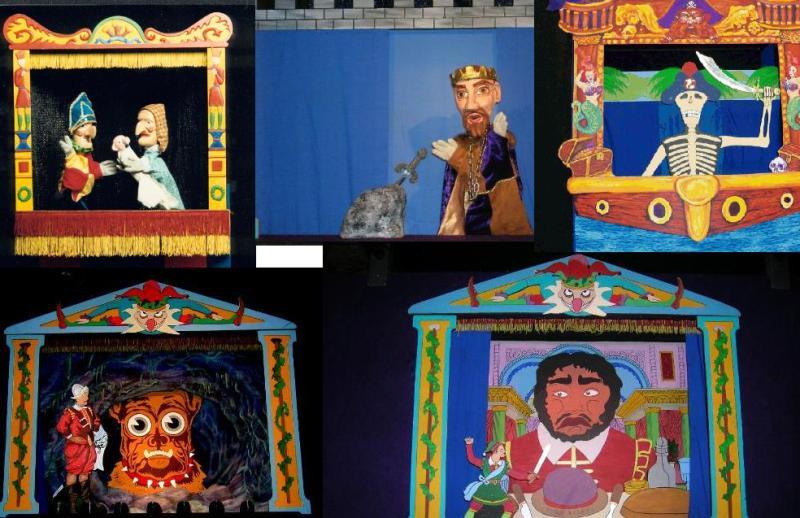 Clay Martin's Puppet Theater has been entertaining audiences in the Northwest for over 30 years. Starting as a street performer in Seattle's Pike Place Market, where he presented 5 minute puppet productions of such classics as "Moby Dick", "Hamlet", "The Hound of the Baskervilles" and "Frankenstein", Clay has gone on to perform in theaters, schools, libraries, fairs and festivals throughout the Northwest and around the world. His latest production, "Treasure Island", uses a special pirate puppet stage to present Robert Louis Stevenson's classic tale in the style of British Pantomime, with slapstick comedy and variety acts. Clay is a frequent performer in Seattle's Variete and Burlesque venues, including the annual Moisture Festival. As a burlesque performer, he is renowned as the world's only stripping puppeteer. He is also considered one of the world's formost interpreters of the 350 year old "Punch & Judy Show" and one of the few remaining puppeteers to present Mr Punch's voice with the traditional "swazzle."

The Main Story, Treasure Island, Is Presented In The Style Of Classic British Pantomime, With Plenty Of Horrible Jokes And Sight Gags.

Between Each Scene Are Variety Pieces Including Hand Puppet Shows Of Moby Dick And The Frog Prince, A Toy Theater Little Mermaid, A Blacklight Fish Ballet And A Dancing Show Is Presented In A New Puppet Stage, Designed And Painted By Seattle Artist Lillian Ripley.

Musical Accompaniment Is By

THE AUTHENTIC AND ORIGINAL PUNCH & JUDY SHOW
From its origins, over 350 years ago, THE PUNCH & JUDY SHOW has become the most popular puppet show of all time and the longest-running show in the English language. Hours of research and study have gone into making this production ". .every bit as clever and good as seen on the streets of London." Of special interest is the use of the "swazzle," an ancient and secret device used to create Mr Punch's distinctive voice. This most subversive of plays is a treat for all ages and a fascinating chapter from the history of theater.

AMADOO AND THE CROCODILE & Other African Stories
A collection of African folktales featuring Anansi the Spider and other memorable characters. The show includes stories like "Anansi and the Witch," "Amadoo and the Crocodile," and "Nyap and Nyakwe." Hand Puppets and Toy Theater techniques are used to bring the stories to life. There is also a magic show by The Magic Man, a puppet based on a painting by African-American artist Jacob Lawrence. Anansi does a tap dance to Cab Calloway's song "Do You Wanna Jump, Children?" Find out how Anansi collected all the stories in the world - - - and then lost them! All accompanied by authentic African music.

KING ARTHUR
Arthur, Merlin the Wizard, the Knights of the Round Table and an unlikely hero named Krokuss battle the forces of evil to win the Crown of England. Success seems assured after Arthur pulls the sword from the stone. The evil Mordred, however, has other ideas. Mordred makes a deal with the devil to foil Arthur's coronation. Sir Gawaine, Sir Lancelot and Sir Galahad must fight a witch, a dragon and the ferocious Green Knight. In the end, it is Arthur's jester who saves the day.

THE MATCHBOX & OTHER TALES by Hans Christian Andersen
A program of stories by denmark's master storyteller, told with a variety of puppetry styles and featuring a re-creation of an authentic Danish "Dukketeater" (TOY THEATER) production of "THE MATCHBOX." OTHER STORIES INCLUDE "tHE eMPER