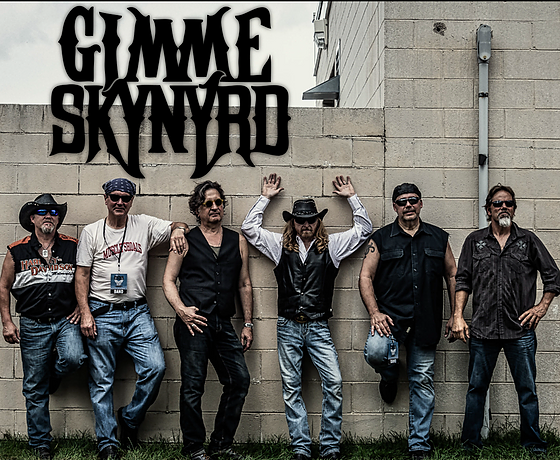 
Unapologetic! A word that should come to mind when watching and listening to GIMME SKYNYRD

The name, GIMME SKYNYRD says it all. Every Lynyrd Skynyrd song is delivered as Van Zant, Collins and Rossington wrote and recorded them. GIMME SKYNYRD is not just a tribute band. It is six musicians dedicated to putting on a show that will remind you of a time when rock music spoke directly to your soul. You will hear all the Skynyrd songs you know (and a few album cuts), but get ready for some Marshall Tucker, Molly Hatchet, Allman Brothers, ZZ Top, Blackfoot and even some current artists that carry on the Southern Rock tradition.

When there is a voice inside your head that says, "What song is it you wanna hear?" Think GIMME SKYNYRD