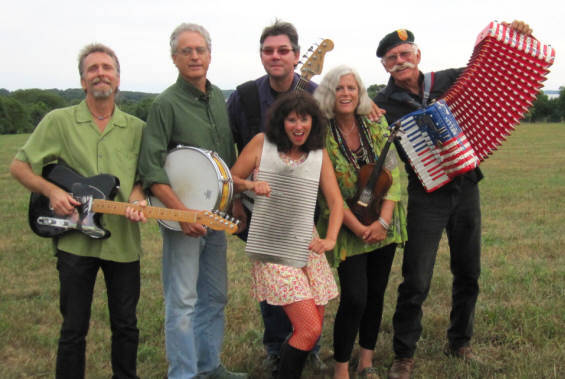 The slippery Sneakers Zydeco Dance Band has performed from Florida to Maine for the past 14 years to wide acclaim. Venues include major festivals, weddings, corporate events, private parties and many Zydeco dances. The Band has three CD's and one DVD and are receiving air play in the USA, most of Europe and Brazil. The Band is very high energy and will always get the crowd on their feet dancing.

The band formed in late 1998 with the goal of playing for the loyal and dedicated New England Cajun/Zydeco dance community as well as introducing Zydeco music to those unfamiliar with its unique sound featuring the accordion and rubboard. After only a few weeks together, they performed at an annual New Year's Day Zydeco dance party to an overwhelmingly appreciative, foot-stomping crowd. They've been "doing the Zydeco" ever since!

Slippery Sneakers has an ideal up-beat Zydeco sound that is a crowd pleaser and a pleasure to dance to. even the other musicians stopped to watch Bob Leonard play the accordion


Slippery Sneakers..sounds like it should be blared from the speakers of a classic car
The Providence (RI) Journal newspaper