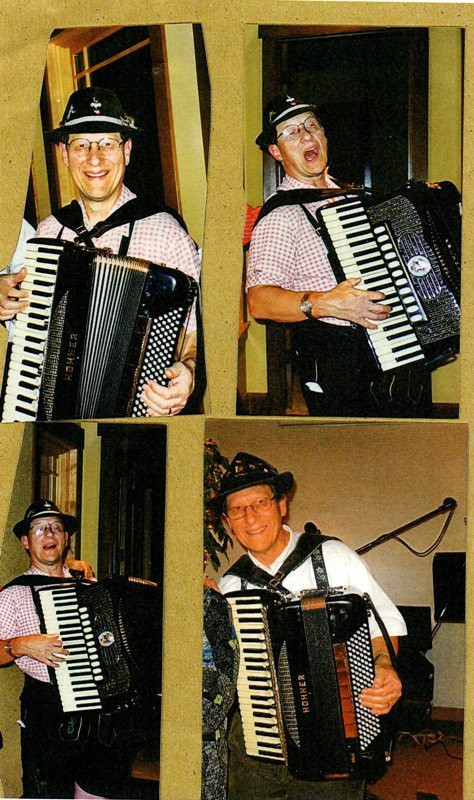 My name is Lyle Schaefer.  For over 50 years I have played the music of the "GREATEST GENERATION" for dance clubs,  private parties and special events.  A a young teenager I was Washington State Accordion Teachers Association champion.  From 1 I placed in multiple catagories in Canada's largest accordion competition.  I play a wide variety of music including, but not limited to WW11 Standards, Latin, Show tunes, and Ethnic selections.  I have made several recordings while also contributing to other bands with their musical projects.  I have toured extensively throughout the Midwest as well as overseas in Finland, Norway, Sweden, and Switzerland.  I have been privileged to perform on stage with Myron Floren (Lawrence Welk Show) and Frankie Yankovic (America's Polka King).  I look forward to future communication and thak you in advance for your cooperation.