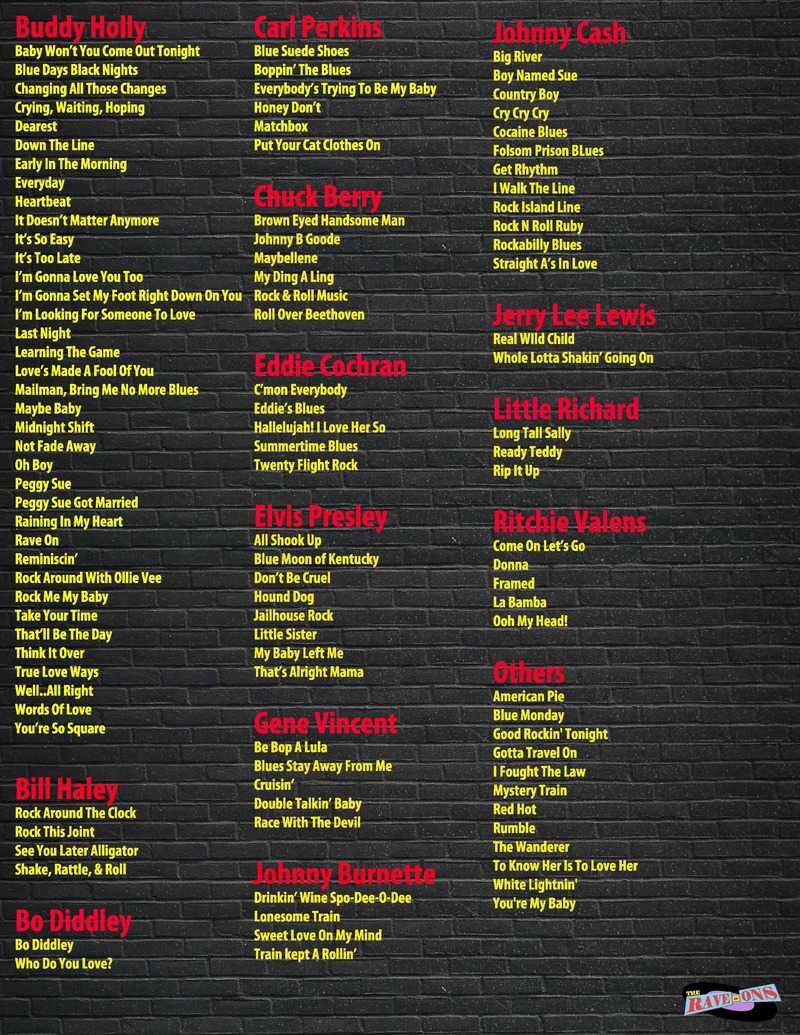 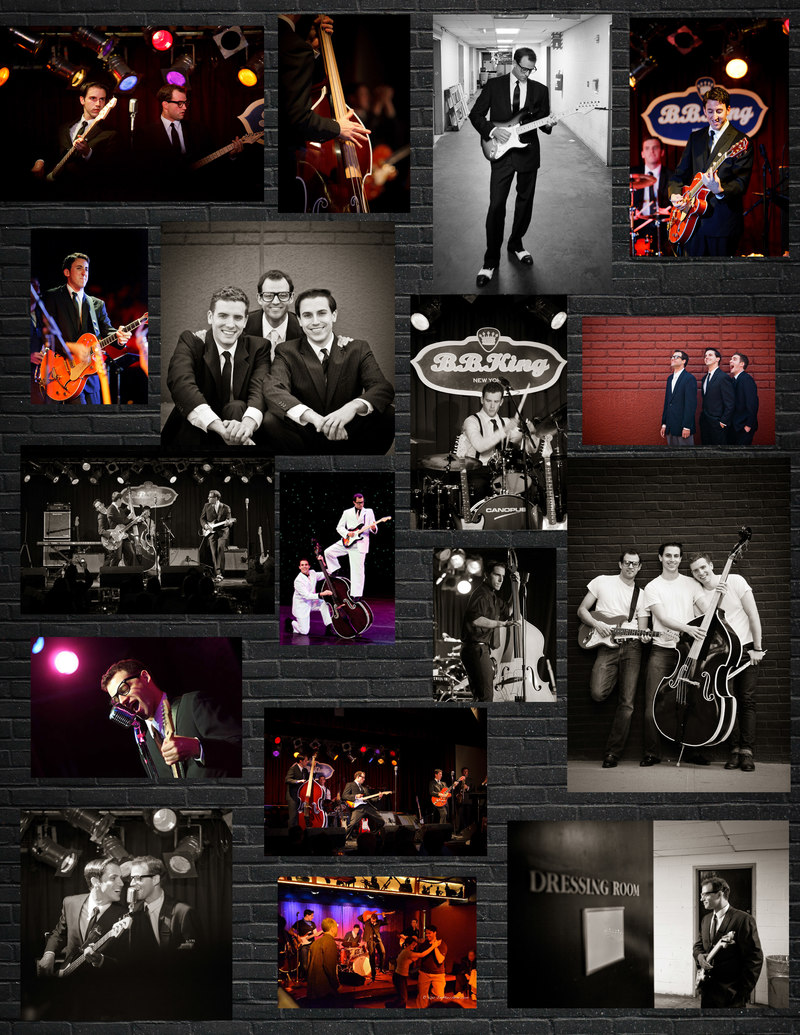 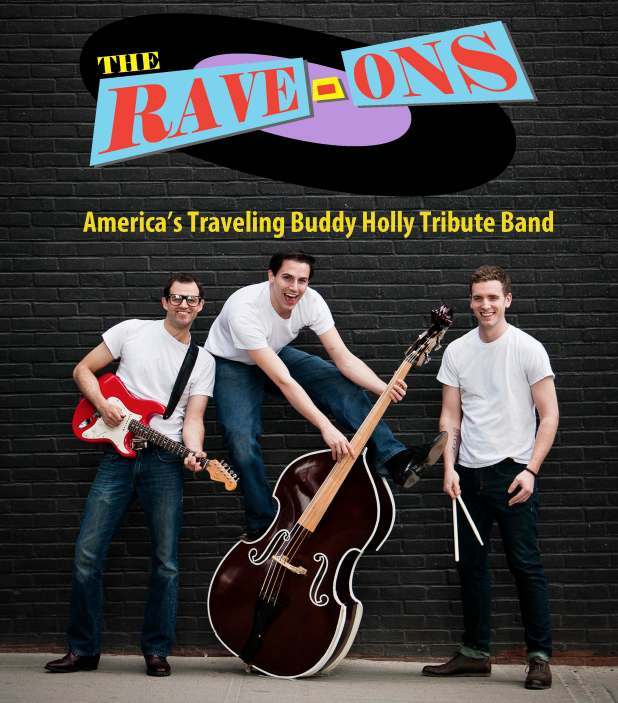 
Made up from cast members of the hit musical, BUDDY – THE BUDDY HOLLY STORY, The Rave-Ons are a high energy rockabilly band formed to reviltalize the music of Buddy Holly and the Crickets.

The Rave-Ons are led by Todd Meredith, who has been performing as Buddy Holly for the past fourteen years in tribute concerts and numerous productions of the musical.

They produce and star in two different Buddy Holly tribute shows as well as a 50's and 60's rock and roll tribute.  For concerts, they have over a hundred and fifty rock and roll tunes in their repertoire from more recent decades as well. They have played together all over the world, dazzling audiences at such venues as:

and numerous other clubs, theaters, restaurants, and civic centers from coast to coast--including Buddy Holly's hometown of Lubbock, Texas!

Would You like to attend a performance with The Rave-Ons? Check with your coordinator for details to find out which ones you'll be able to go to in person!