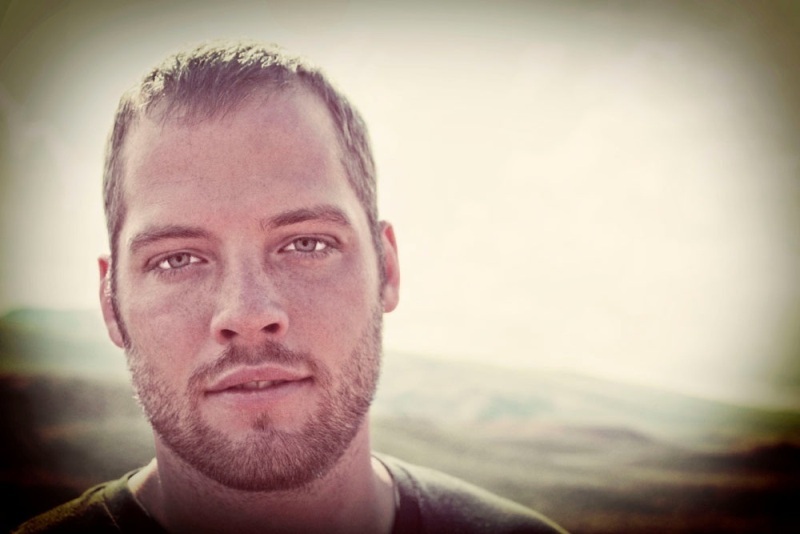 
Each private concert with Tyler Stenson puts the audience in the most intimate of settings with Portland's best. Stenson is a classic entertainer and comfortably paints the perfect evening with song. With his lyrics projected on the wall, all eyes and ears hang on the words as he openly discusses the inspirations behind his music and the methodology of his writing and craft.

Combining his soothing vocals and charismatic banter, his signature performances are infectious displays of contagious melody, poetic lyric and classic storytelling. Whether he serves as nostalgic background music or front-and-center interactive entertainment, Stenson's borderline theatrics are added worth to any elegant event.

"Fearing no metaphor and drawn instinctively to the bright flame of the American West, Stenson is a fire builder. He pits soft Americana against tender, billowy pop until it sparks, fanning the flame with his gusty, crackling vocals for warmth." Mark Stock – Willamette WeekBorn in Lander, WY and raised in the Oregon, Tyler Stenson (29) is a bold singer/songwriter that draws a profound influence from his roots in the humble West. Reminiscent of a pining Western poet, his music is straightforward but elegant at its core. With his acoustic guitar navigating calmly in shotgun, Stenson's rich lyrics grip the wheel; white-knuckled and swollen with natural imagery and stark confessions.

Raised a vocalist by his musical mother and a perfectionist by his father the architect, Stenson is a lifetime student of craft and calculated creativity. His first guitar was a gift from his grandmother during his senior year of high school and after teaching himself the raw basics of folk and country, he naturally penned his first song in the early months of 2000 – Her Song. A definitive moment on this great time-line, in the few years to follow he has written and recorded eight albums and fearlessly enveloped his passion for song.

Having played the Oregon college circuit as front man and songwriter for his two bands Lander and Rhetoric Tuesday, Stenson soon put band-oriented rock-n-roll to rest and tackled the burgeoning Portland scene as a solo artist. His authentic ways were well received as he was twice-named the Portland Songwriters Association Performing Songwriter of the Year (2007 and 2008). It wasn't long before he was considered the top singer/songwriter in Portland as he has recently been nominated for the Portland Music Award's “Best Male Artist” of 2010.

By October of 2009, it seemed Stenson had played every venue in his hometown and therefore decided to leave what was comfortable and take his talent to a bigger stage – the Music City. Now a singer/songwriter in Nashville, he's deep in the Lion's Den and closer to the fire than ever before but, bearing the Torch of the West, he's one step closer to the goal that is the dream.

In an industry where content has taken a backseat to production, Stenson maintains that lyric is king. The world craves authenticity and his sound is just that; putting lumps in throats and attracting a train of followers that find a piece of themselves in the sincerity of his words. It may be a steep hill to climb but his endeavors are genuine and he'll no doubt make his mark because no one sums up the human existence in such a way as Tyler Stenson and his words.