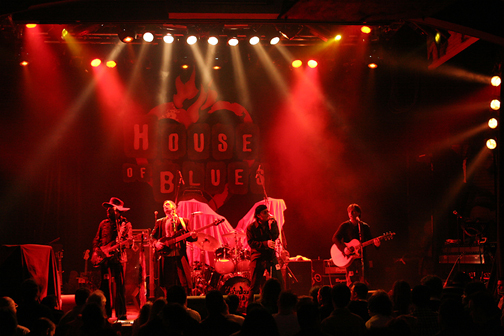 
Yesterday's Child has been together since 2001 and is considered LA's Tribute to the Masters of Classic Rock. We play a wide mix of classic rock from 1965-1975 (both well known and deep tracks) with a few newer tunes thrown in because we like them. We play it like we mean it and were awarded Best Cover Band by both All Access and Rock City News Magazines in Los Angeles. The band is a five piece band, consisting of drums, bass, two guitars, lead vocalist and four part harmonies. We have played the House of Blues, BB Kings Blues Club, Sagebrush Cantina (since 2004 and still going strong), done corporate events for Henry Schien Medical and the United States Army, among many others. We will work with the client to provide what they want, to make sure everyone is happy and has a great time. It's all about results. We can provide emcee, sound system, lights, recorded music outside the classic rock genre to cover other music that people want to hear during our breaks so everyone gets a taste of what they want, musically.