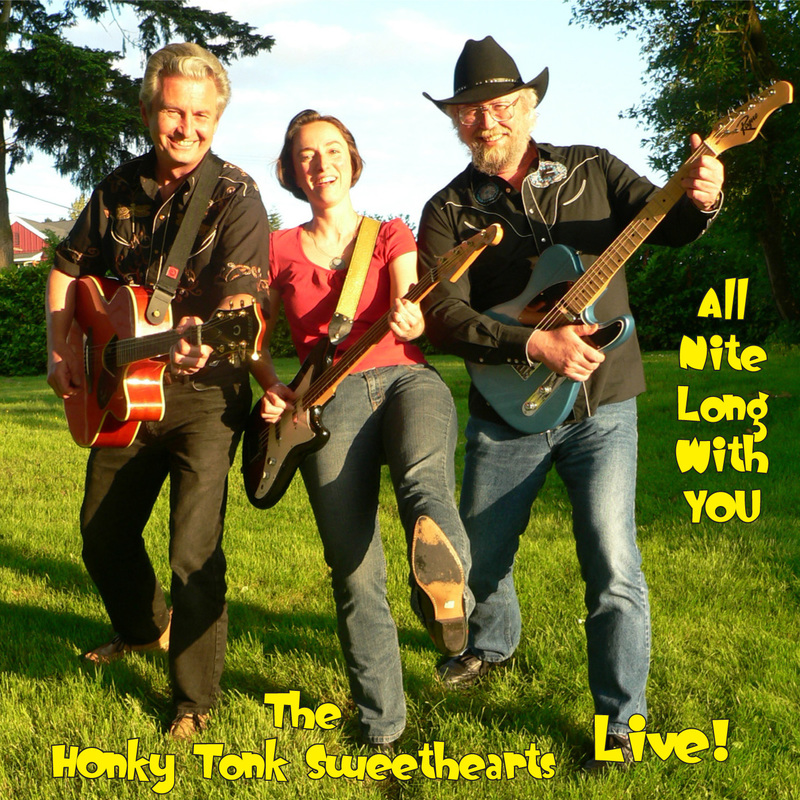 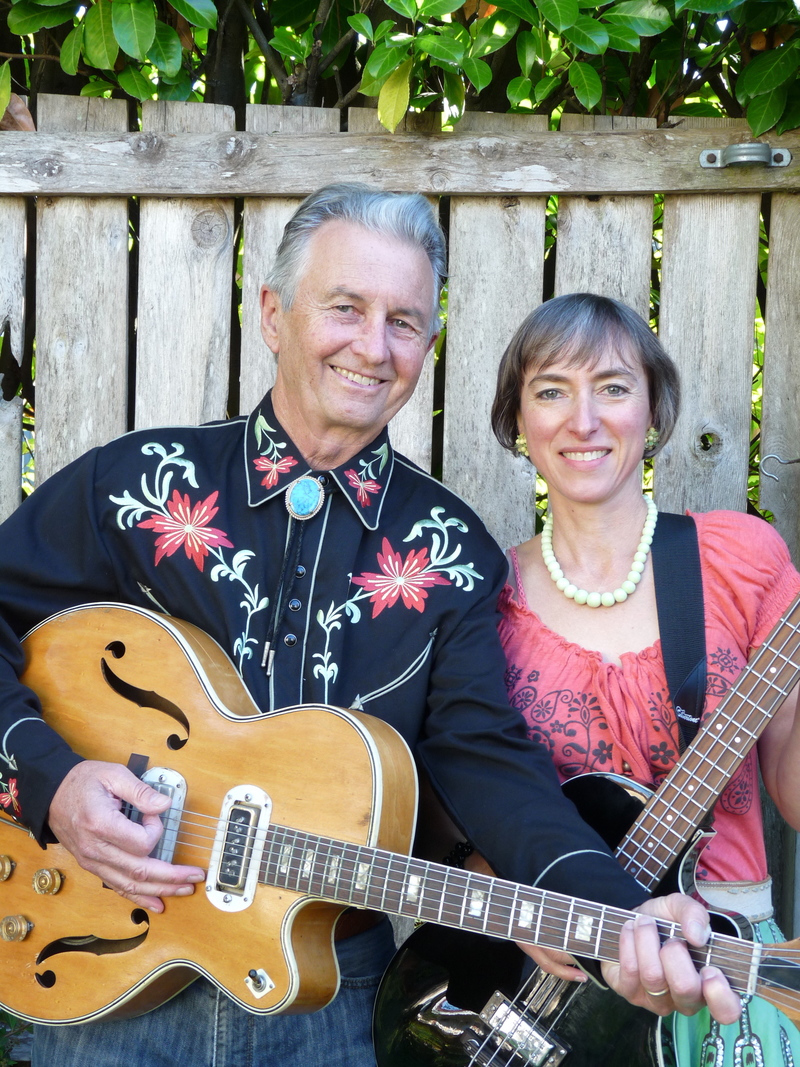 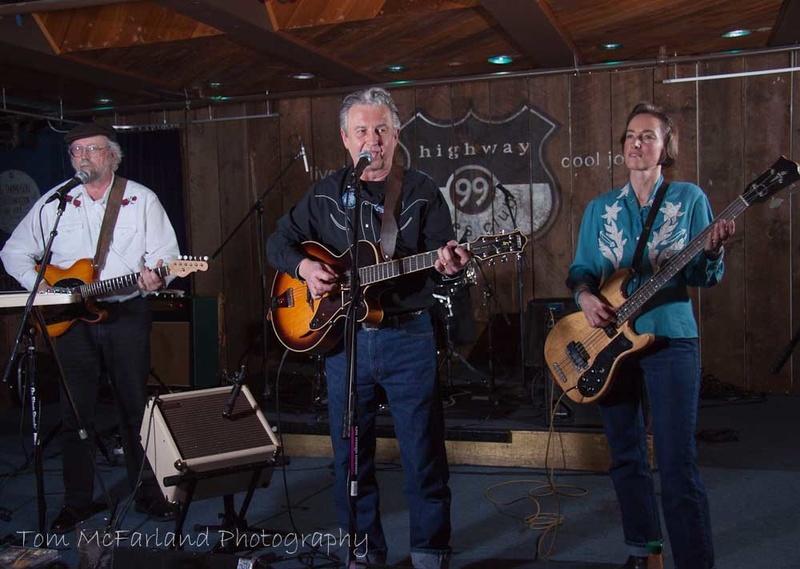 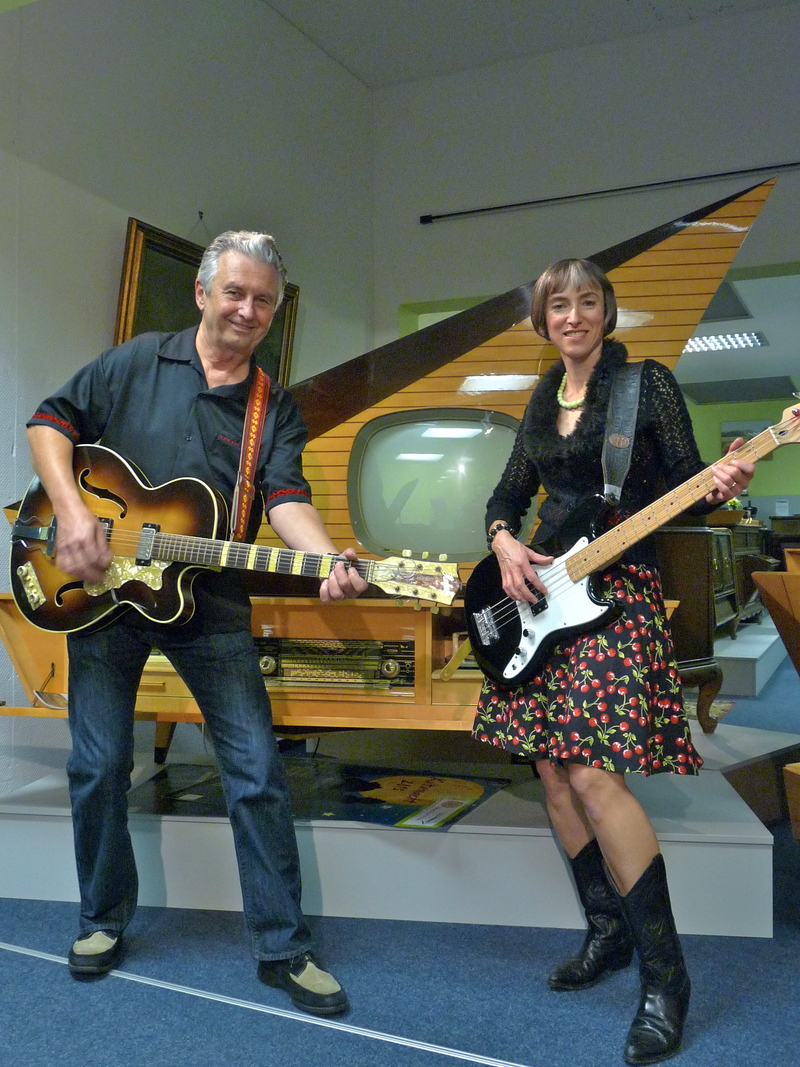 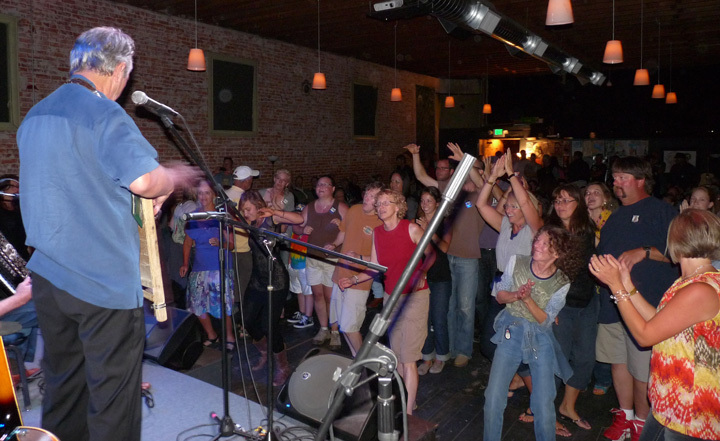 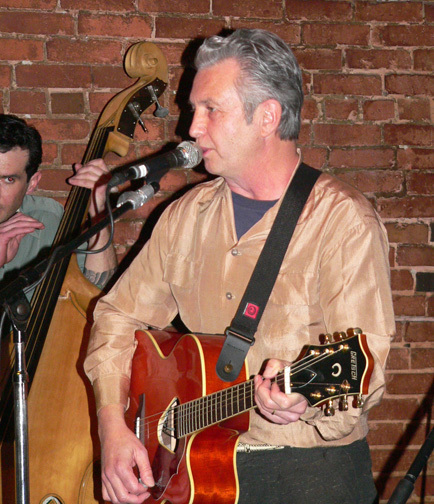 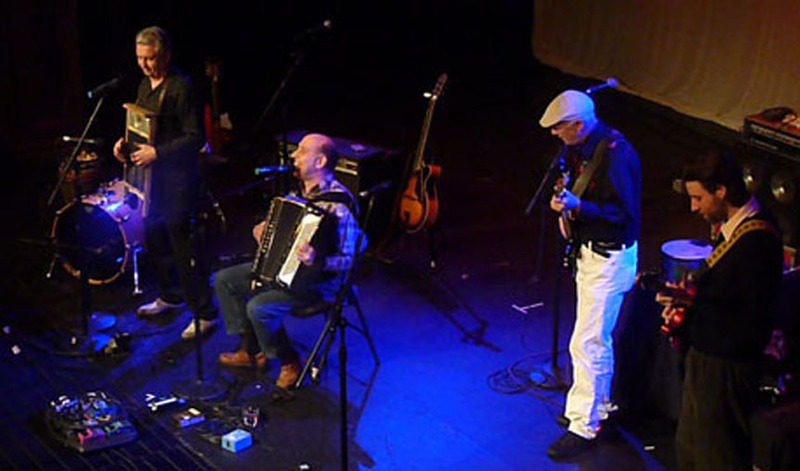 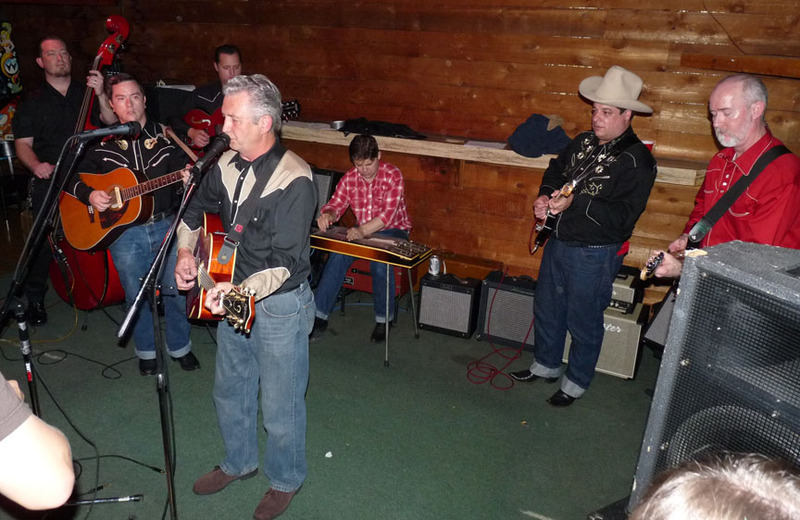 
Starting in 2003 Marc Bristol's wife Gaby began sitting in with the band on bass, and we began playing as a duo called The Honky Tonk Sweethearts. That first year Gaby toured with Marc in Germany and Holland sitting in with a European version of the band. Over the years we've decided to use the Honky Tonk Sweethearts name for the band as well. We've been getting very popular with the dance crowd in the Seattle area, and play frequently at retirement homes and assisted living facilities as the duo or a trio version mostly. We've also played nightclubs like Slim's Last Chance BBQ (opened there for Don Maddox - last surviving Maddox Brother), Darrell's, and the Shanty Tavern, as well as concert situations at Crossroads Market Stage and Third Place Books. We play festivals as well! Our music is the REAL Country music, from folks like Hank Williams, Lefty Frizzell, Buck Owens & The Buckaroos, Ernest Tubb, Johnny Cash and others, plus some Marc Bristol original songs that are in the vintage styles. The band can be anything from the duo up to a 5 piece, with instruments like lead guitar, steel guitar, accordion, piano and fiddle. We also play in Gaby's home country of Germany, and around Europe!

Honky Tonk has been warming hearts around the Northwest with their variety of Country and Rockabilly Music since 1975. Many times folks have come up after a concert to say, "I didn't think I liked this Music, but I sure enjoyed your show!" Of course those who know they DO like classic roots music have thoroughly enjoyed it, too!

The Honky Tonk Sweethearts have played all sorts of Festivals, Community Concerts, Corporate Events, Weddings, Hog Roasts, Family Reunions and such over the years, along with TV and Radio, and they've made a few recordings. The most recent features the guys as they opened for Asleep at the Wheel at the EMP's Sky Church in Seattle, where Tony Thomas from KMPS (who introduced them) remarked about how "up" and "fun" the show was afterwards. But hey, they can jerk a tear once in a while if it's appropriate, too! They've also opened for Dan Hicks, David Bromberg, Flo & Eddie and Reba McEntire, plus frontman Marc Bristol has opened solo for Jerry Jeff Walker, Nitty Gritty Dirt Band, Marchall Tucker Band, Ramblin' Jack Elliot, Dave Van Ronk, Glenn Yarbrough, Tom Chapin and others. From Western Swing to Bluegrass to Honky Tonk and even Jug Band Blues as well as original country songs the Honky Tonk Sweethearts have got about everything in the way of Classic Country and Rockabilly music.