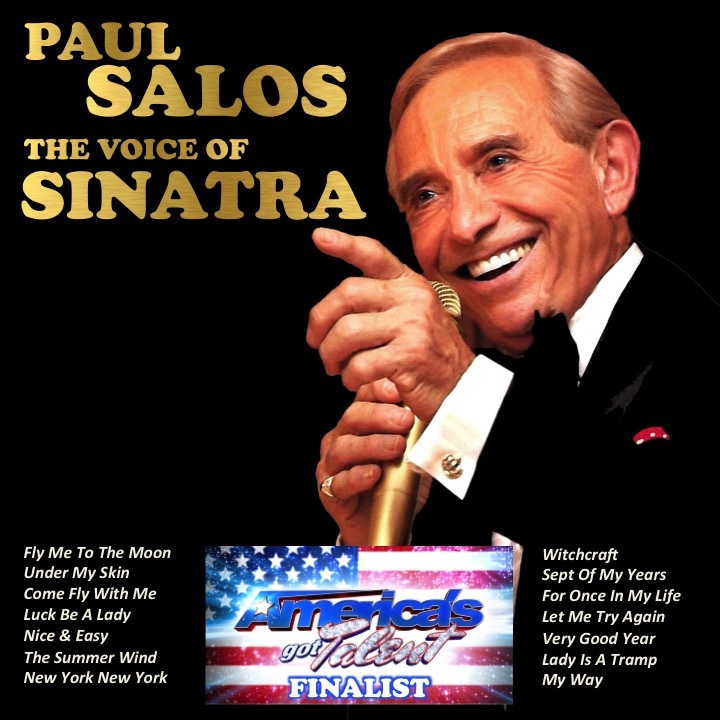 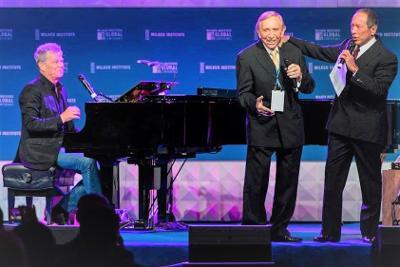 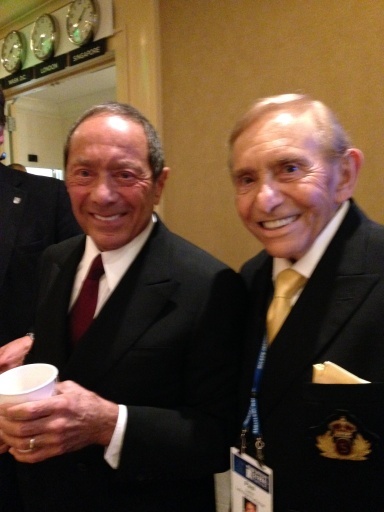 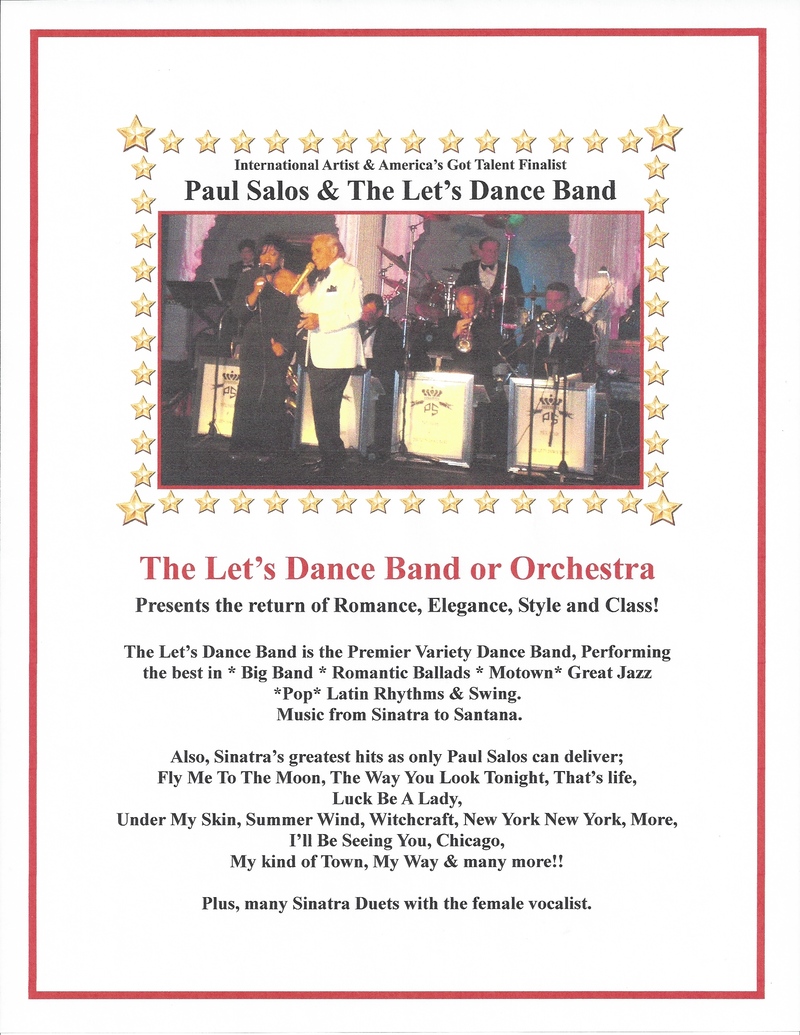 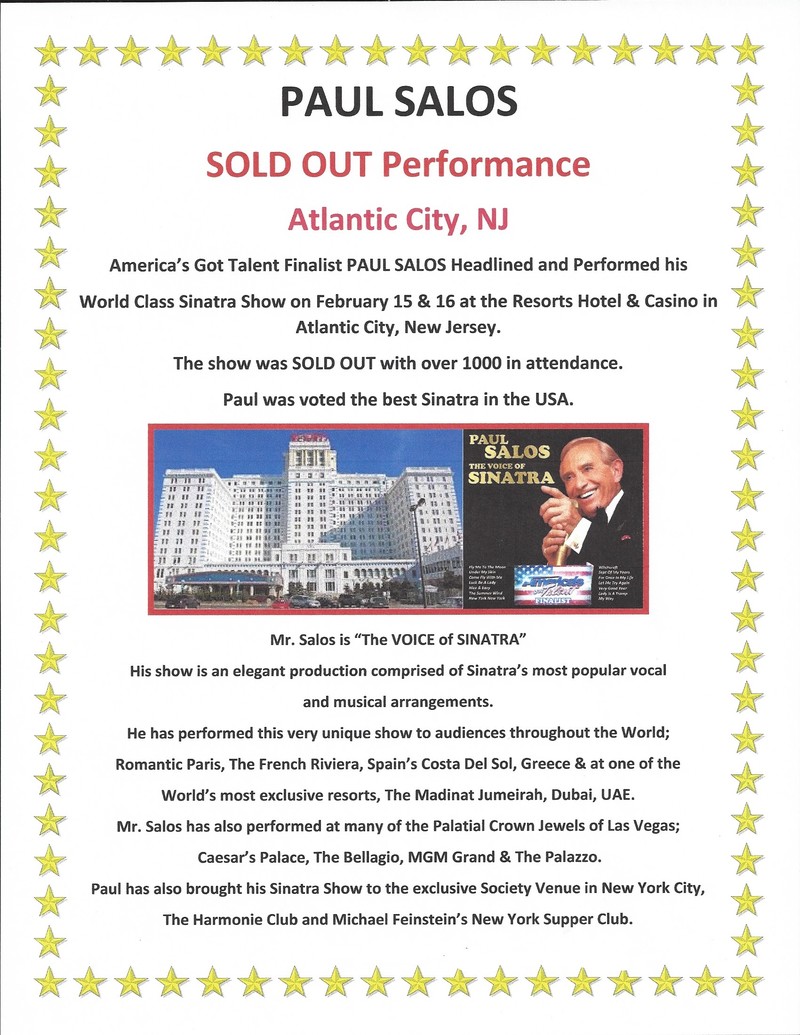 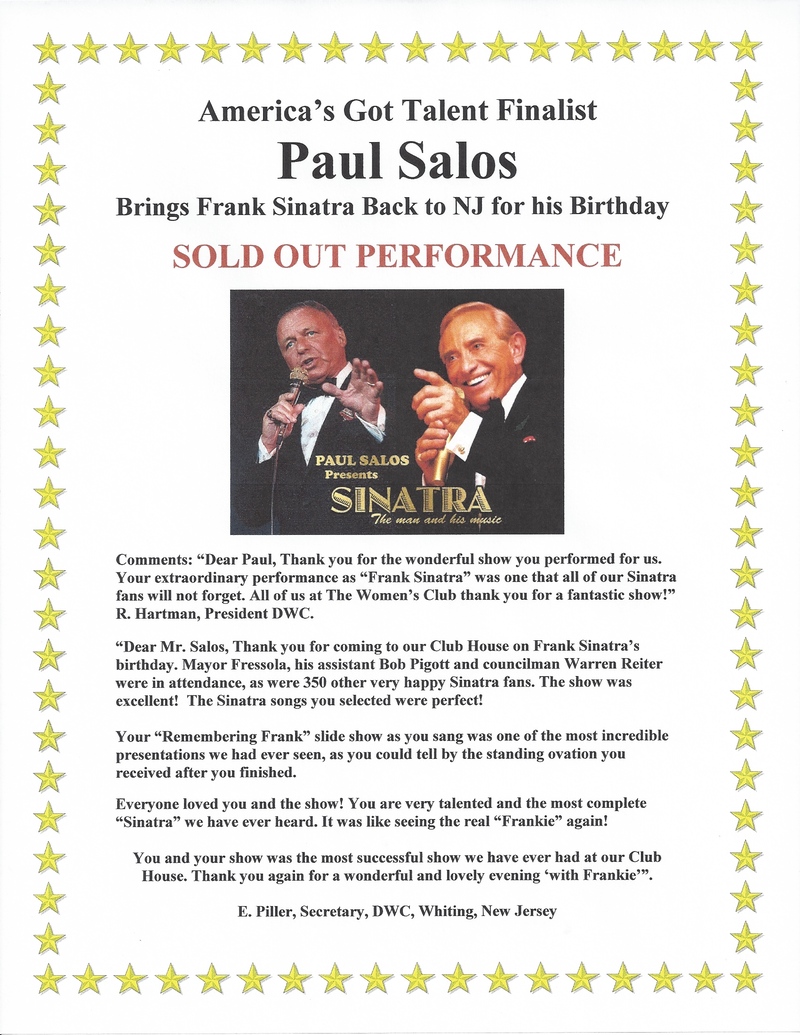 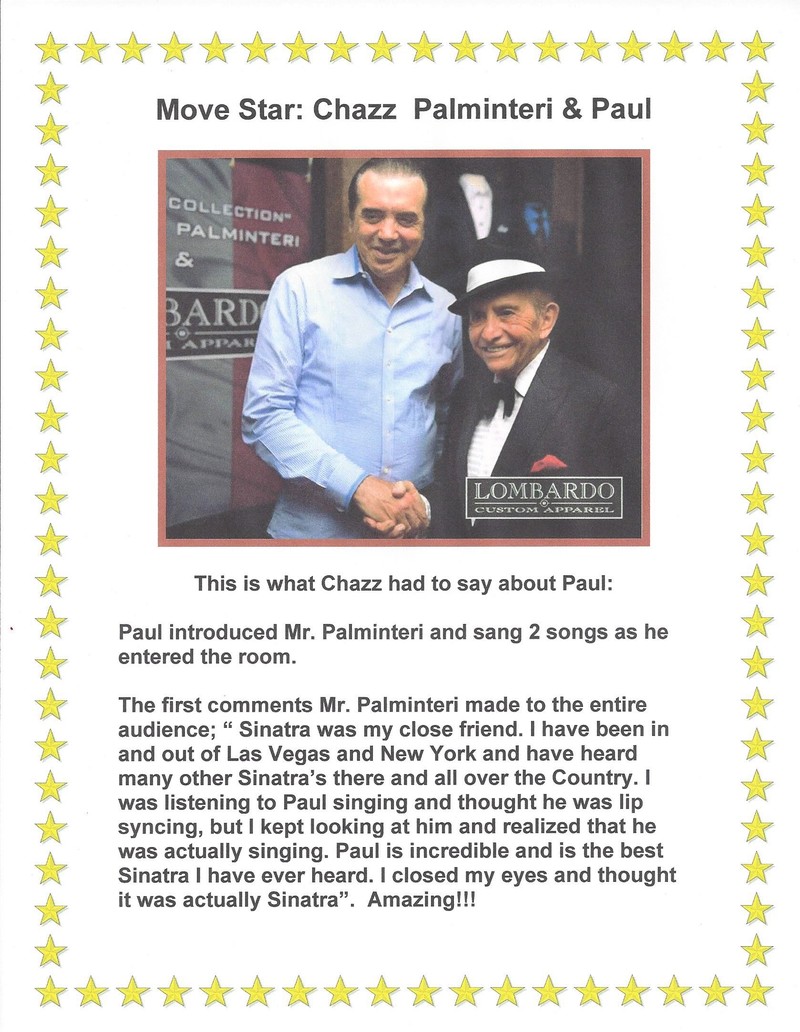 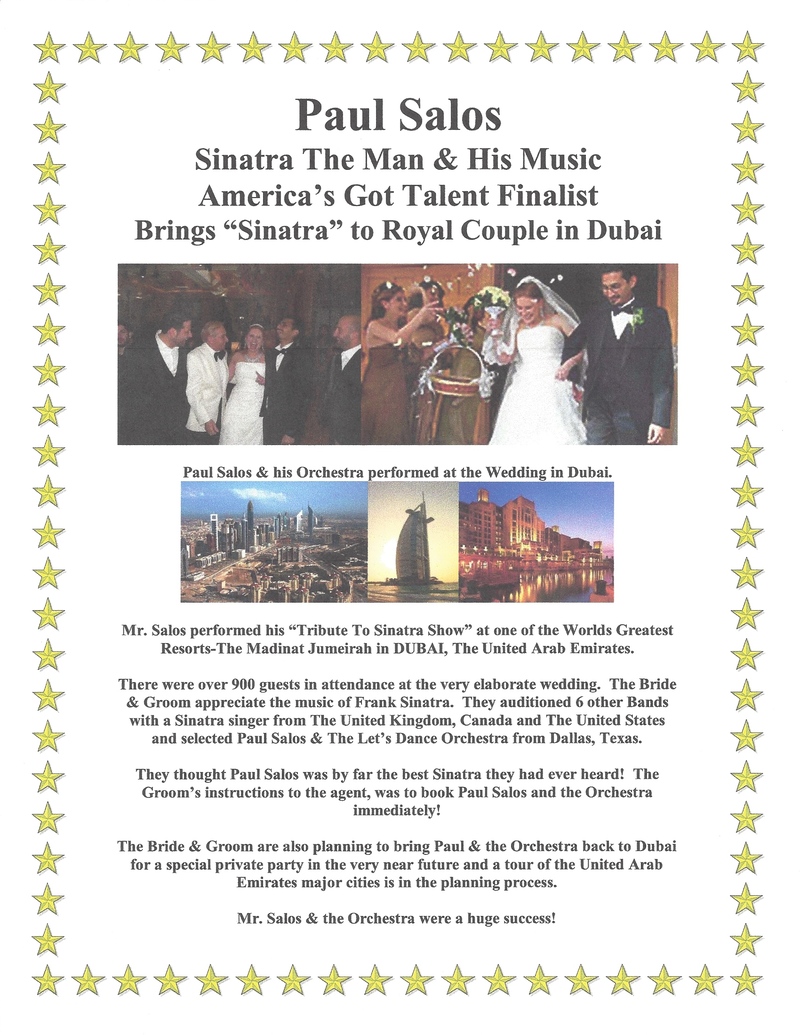 Paul Salos The VOICE and Music of SINATRA


America's Got Talent Finalist Paul Salos was voted  the best sounding Sinatra in the entertainment industry. He has Frank's Charisma, Style, Class, and most of all “THE VOICE”!

Paul's TRIBUTE TO SINATRA is an elegant production comprised of Sinatra's most popular vocal and musical arrangements.

Paul has brought this very unique show to audiences throughout the world, from romantic Paris, the French Riviera, Greece, Spain's Costa Del Sol and the palatial crown jewels of Las Vegas Caesar's Palace, The Bellagio & The Exclusive Harmonie Club, NYC.

The successful event had over 5,000 in attendance from all over the world, including US past Presidents, Royalty from Dubai, UAE, other dignitaries, politicians, CEO’s and business representatives.

Paul was a huge success, especially when he started to sing My Way and Paul Anka appeared on stage to join Paul and David Foster.

Paul recently performed his Sinatra Show for a Prince's wedding at the Madinat Jumeirah Resort-Dubai, UAE