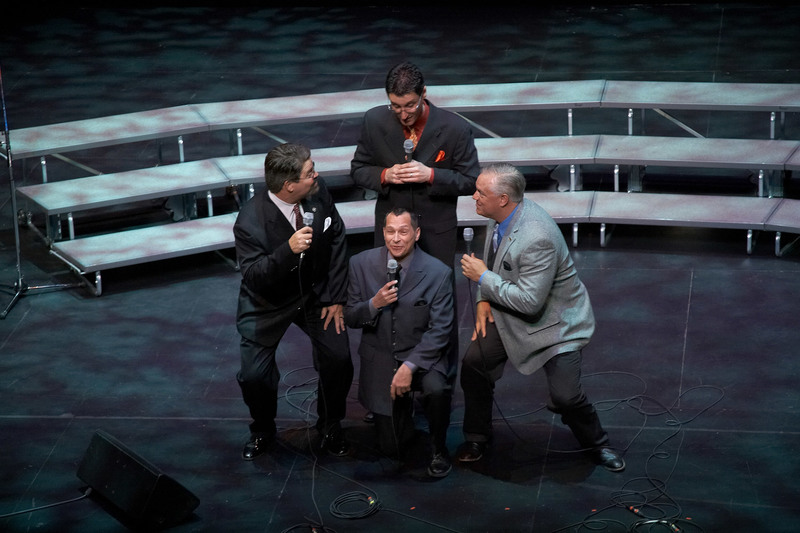 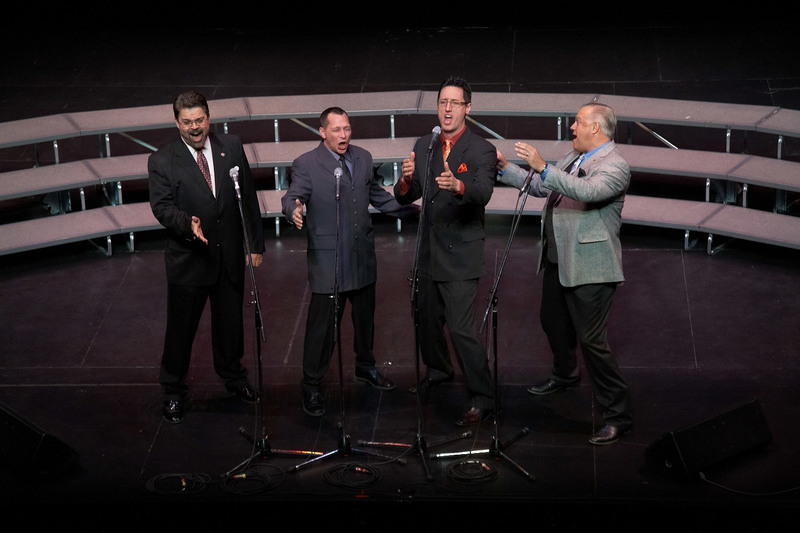 
ACOUSTIX - This Dallas-based a cappella group has been electrifying audiences around the world for nine years. In that time, the group has made some 700+ apearances in 10 countries around the world and 43 states of the USA. The foursome has received national exposure with appearances on CNN, NBC's "Today Show", TNN's "The Statler Brothers Show", and two PBS programs. ACOUSTIX recently performed to a global audience of 175 million viewers on "ABC 2000", hosted by Peter Jennings.

The group formed in January of 1990, and in a record-setting six months, was judged "best in the world" in the International barbershop quartet contest. Many quartets will compete for years to win the coveted, "once in a lifetime", International Gold Medal.

To expand their appeal to a much larger audience, the quartet's predominantly a cappella repertoire now showcases a wider variety of musical styles, including vocal jazz, doo-wop, contemporary, barbershop, patriotic and inspirational favorites. From a standard like "Bye, Bye Blackbird" to "I Get Around" from the Beach Boys, to a collection of hits from Simon & Garfunkel, to John Philip Sousa's "Stars & Stripes Forever", ACOUSTIX sings music that appeals to audiences of all ages.

Their 4th CD release, "Cool Yule" includes a custom vocal arrangement from multiple Grammy and Dove award-winner, Mervyn Warren. Mervyn was one of the founding members of Take 6 and wrote or arranged much of the music on the first two Take 6 CD releases. This CD was recently nominated for a 2000 CARAS (Contemporary Acappella Recording Award) for BEST HOLIDAY SONG, for Greg Volk's arrangement of "You're A Mean One Mr. Grinh". On their 3rd release, "Jazz, Jazz, Jazz", the quartet was backed up on several cuts by the Dallas Jazz Orchestra and Canada's Steve Lehmann Big Band. "Jazz, Jazz, Jazz" was also nominated for a 1999 CARAS in two categories, BEST JAZZ ALBUM, and BEST JAZZ SONG for their performance of Gene Puerling's arrangement of "Unforgettable". Their first two CDs, "The New Science of Sound" and "Stars & Stripes", have been enjoyed by listeners around the world.

Todd Wilson, Jason January, Rick Middaugh and Joel T. Rutherford share a combined 80+ years of stage and studio vocal experience. The quartet's emphasis on ENTERTAINMENT has helped create a loyal group of fans. Some of these folks have been known to fly or drive 1000+ miles to see ACOUSTIX perform "live".