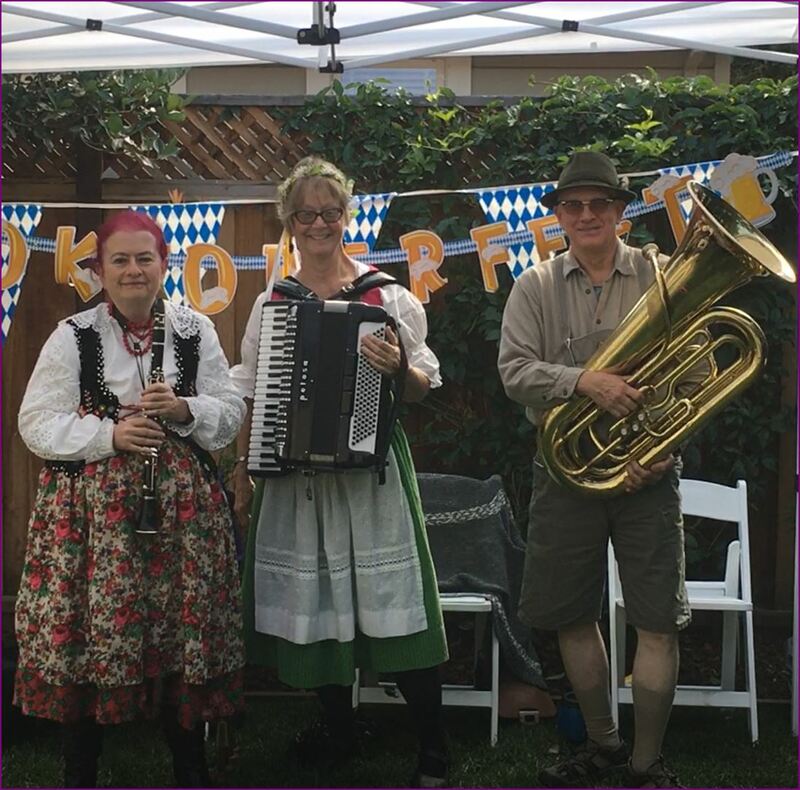 
We are a group of 3 professional musicians playing clarinet, accordion with vocals, and tuba, based out of the East Bay near San Francisco, CA. We specialize in traditional Oktoberfest music, German and American polkas, German and European waltzes, and German folk dance music of several types.

We've got lots of fun repertoire with all your favorite drinking songs, as well as classics like "Edelweiss", German and American polkas such as "Liechtensteiner" and "Beer Barrel", beautiful German and European waltzes such as "Schneewalzer" and "Wiener Blut or Vienna Blood" (Strauss), music for several types of German folk dances, and even some Oberkrainer tunes from the wonderful Slavko Avsenik! Our accordionist has also been known to sneak in a Frech cafe tune when no one is looking--surprise!  We like to end our performances with great music from Tyrol, Austria that leaves everyone feeling happy and energized!

Think of us for your next celebration.  We're available for Oktoberfest, birthday parties, corporate parties, anniversaries, retirement celebrations, festivals, and all special occasions.  Our music puts smiles on people's faces and is so much fun for anytime you need a little extra joy.