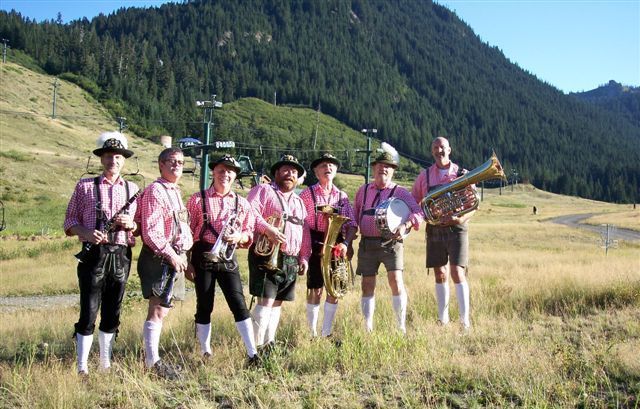 
2023 marks the Bavarian Village Band's fifty-first year as the Pacific Northwest's foremost all-acoustic oompah band, playing Austrian, German, Böhmische-Mährische, and Slovenian folk music. Comprising ten professional musicians from all walks of life, the band members all share a common interest in preserving the tradition of the village bands of rural Austria, Germany, Bohemia and Moravia. Many of the musicians have been with the band since its inception in 1973—a longevity record few musical ensembles can match! Clark Silliman, an original member, has been the Band's Kapellmeister since 1991.

The Band performed at the 175th Oktoberfest and in villages in the nearby Austrian Tirol. In North America, the Band has performed frequently at festivals and celebrations throughout the Pacific Northwest, including the province of British Columbia where it performed at Vancouver's EXPO 86; as part of Music 91 in Kimberley; and at the Whistler Oktoberfest.

The Band has recorded five studio recordings of its music—music that is fun for dancing, singing and just listening. The band members wear authentic Trachten—dirndl and lederhosen--at performances.