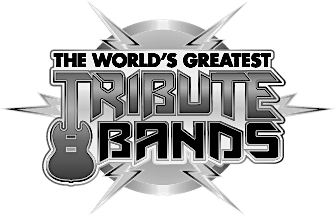 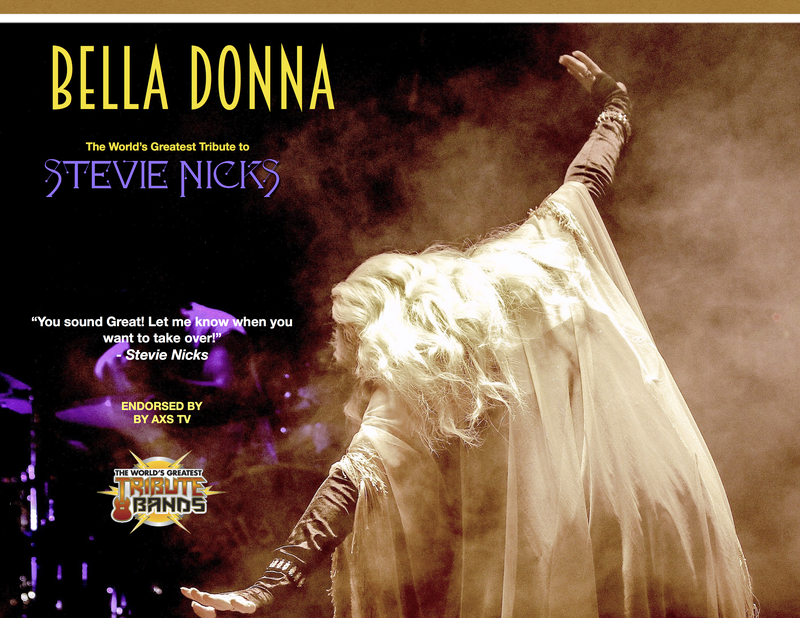 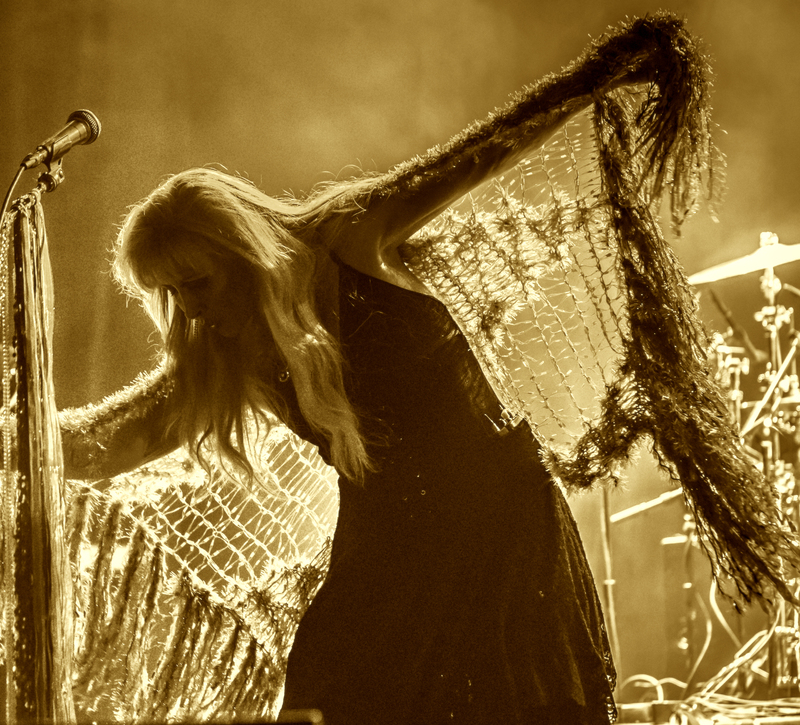 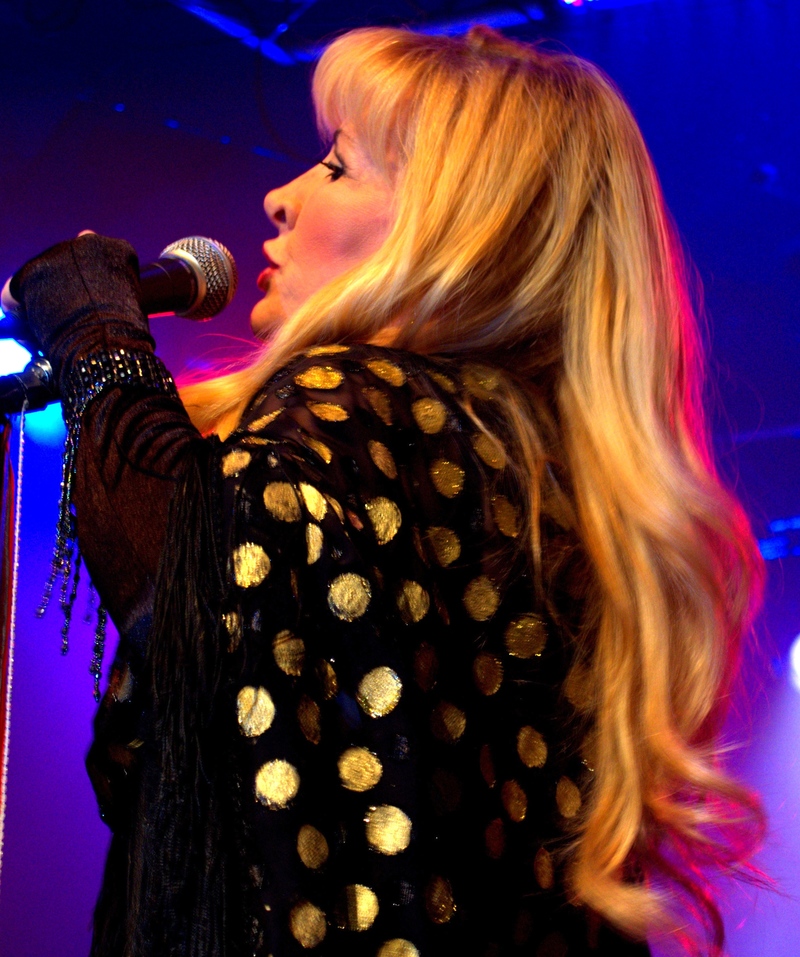 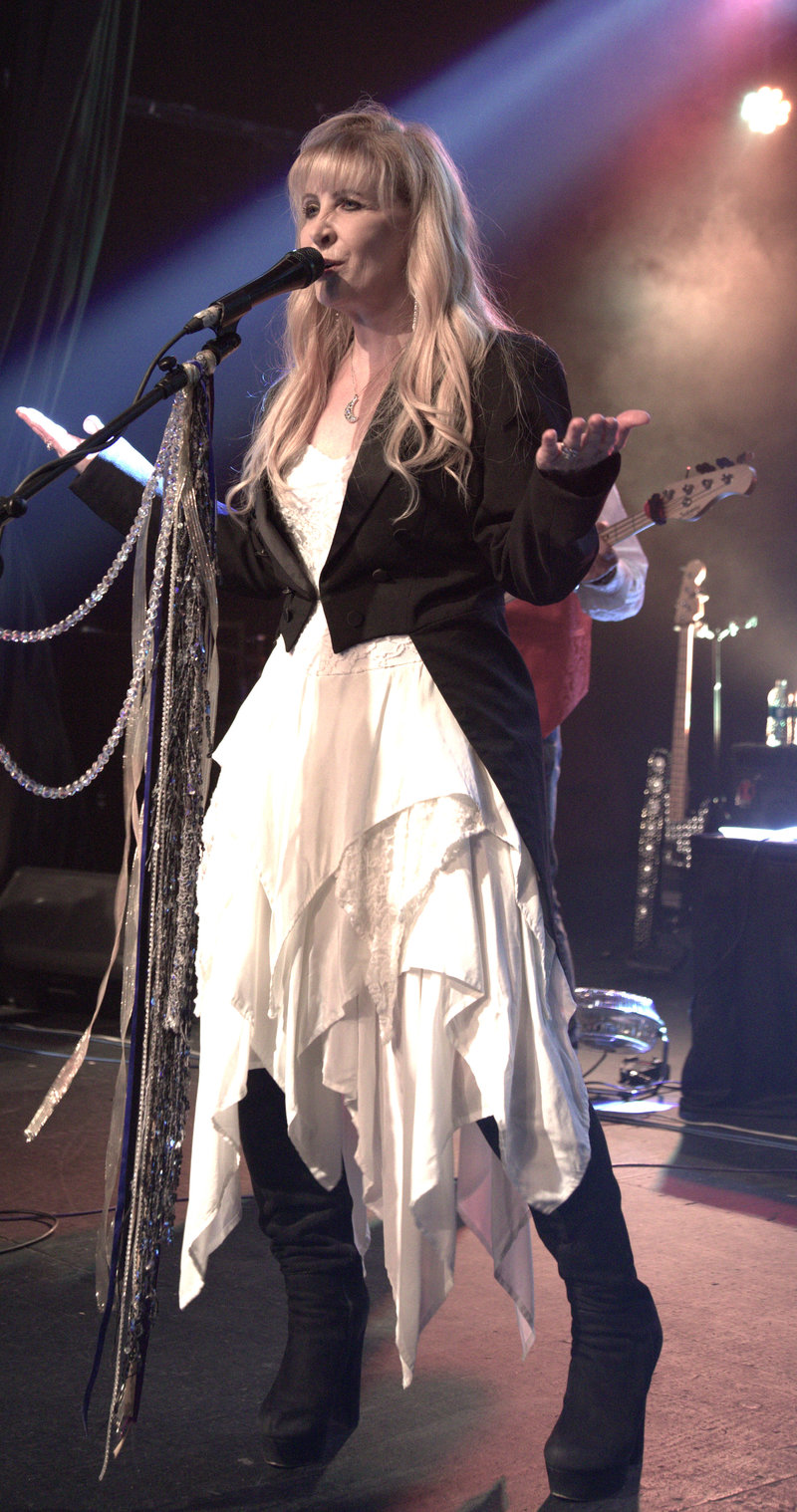 
The critically acclaimed tribute concert show, “BELLA DONNA” re-creates the persona and music of the reigning Queen of Rock, Stevie Nicks in concert. The band, named after the artist's multi-platinum album, portrays the singer and her music, solo and with Fleetwood Mac. From the authentic wardrobe, to the incredible detail given to the music and stage production, when BELLA DONNA takes the stage, "Stevie Nicks is IN the House!"

The Los Angeles based 7 piece band has performed extensively throughout the United States since 2002 and continues to impress audiences of all ages. From classic's like “Stand Back”, “Gold Dust Woman”,“Don't Stop”, “Go Your Own Way' and “Rhiannon” to the beautifully haunting “Landslide” and “Leather and Lace”, BELLA DONNA is a non stop show of Classic Rock favorites from one of the biggest selling bands of all time---Fleetwood Mac!

Singer, Michelle Tyler was awarded the highest honor recently when the real Ms. Nicks asked Tyler to be her backstage guest after Nicks heard a BELLA DONNA performance. The iconic singer was impressed by the quality of the music and the genuine depiction of Nicks in concert.

Tyler recently appeared in the cast of ‘ShowStoppers Live!' As ‘Stevie Nicks' and was featured in the Dick Clark production, “Your Big Break” and “The Next Best Thing” as seen on national television.

Bella Donna is America's Favorite tribute to The Queen of Rock, Stevie Nicks.