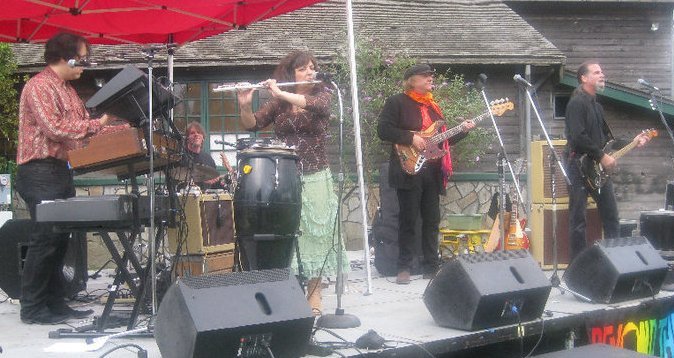 Beyond the Fringe formed in 1997 as a 7-piece group. Instantly the group began stunning and wowing audiences and over the years has performed a musical selection that remains both groundbreaking and revolutionary. No ordinary cover group, Beyond the Fringe takes on many musical challenges while at the same time keeping the dance floors packed and audiences wide-eyed at the variety and dynamics of the show. A wide variety of vocalists and players striving for authenticity enable Beyond the Fringe to cover an astounding array of 60s and 70s classics. The success of Beyond the Fringe has spawned similar local groups who also endeavor to faithfully reproduce amazing Classic Rock that has up until now never been attempted in the commercial market. Beyond the Fringe is available for Summer Concerts, Casinos, Private Events and other Venues.

Beyond the Fringe specializes in accurately covering a wide variety of 60s and 70s Album Rock classics from artists including The Moody Blues, Santana, Chicago, The Who, Boston, Canned Heat, and much more! Audiences on a regular basis reveal their shock and surprise at how just ONE band can accurately reproduce such a wide range of retro music and audio dynamics.