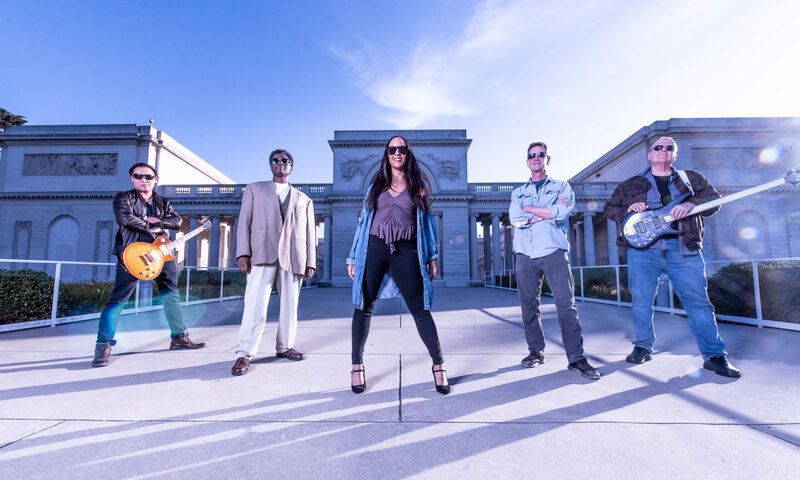 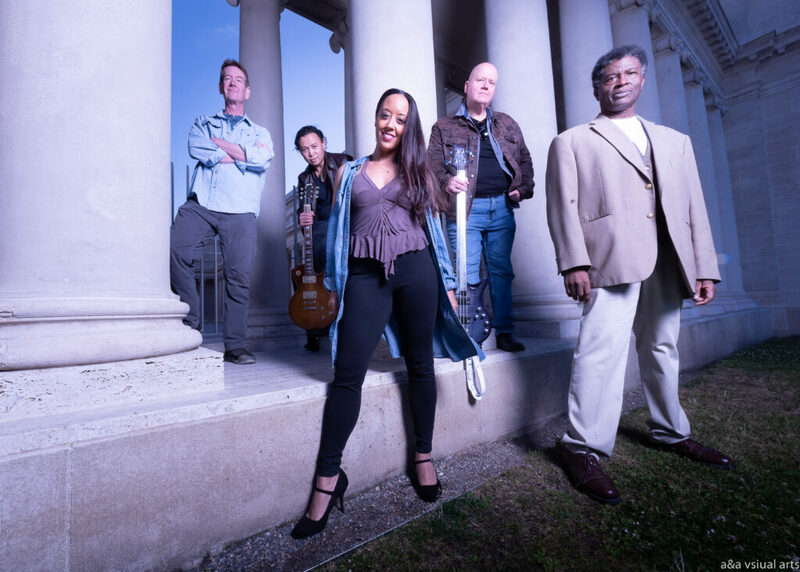 
The Big New Cents aka “The BNC”, are veteran players with many years of recording and touring experience. The band has its own unique sound, blending Soul/Funk/ Reggae/R&B and Rock which completely dominate their explosive live shows. Hailing from the San Francisco Bay Area, the band consist of Reese Johnson – Vocals/ Percussion, Joseph King - Guitar, Christopher Patton – Keyboards, Mike McKaigg – Bass, and David Nelson – Drums.

Corissa "Reese" Johnson has been singing and writing songs her whole life. She sings R&B, Soul, Hip-Hop, Funk, and she’s a rapper, as well as a dancer and choreographer. She has performed internationally and has showcased original works with the Bandelion Dance Company.

Joseph King Inspired by his parent's love of music, Joseph's musical journey started at age 6. Performing with various Bay Area acts, has extensively toured nationally and as a solo musician, competed in guitar competitions at an international level.

Christopher Patton comes from a large family line of musicians, tracing his roots all the way back to one of the blues founding father, the great Charlie Patton. He is an accomplished Piano/Keyboard player, singer, and producer. Chris was a former member of John Lee/Zakiya Hooker’s’ band, Bluz4U.

Mike McKaigg is a long time Bay Area musician equally adept on electric bass and trombone. He has performed all over the United States as well as Puerto Rico, Jamaica, Canada, Mexico, and in the UK/Northern Ireland.

David Nelson is a high-demand drummer, and is versed in multiple styles: Blues, Funk, Rockabilly, Latin, Soul, Reggae, and Rock.