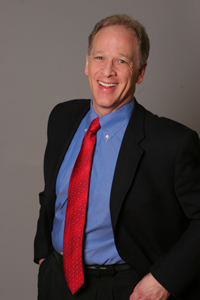 Bill Stainton's Custom Comedy Keynotes will have your people laughing themselves silly over material written just for them! This is NOT a "canned speech" with the name of your organization inserted here and there. This is a truly CUSTOM WRITTEN 45-minute keynote. from a guy who's written for some of the best!

Bill does meticulous research to prepare this one-of-a-kind presentation. He will study your completed pre-program questionnaire, he will interview your key players, he will devour your trade publications and literature. But most of all, he will listen to YOU as you tell him exactly what you are looking for!

But this presentation is more than just a series of jokes about your people, your organization, and your industry. Do you have a theme for your meeting? Let Bill know, and he'll seamlessly work it in! Anything else you'd like your audience to hear (perhaps even something you may find difficult to tell them yourself. )? Bill will find a humorous way to incorporate it!

"What impressed me most about Bill Stainton was the amount of research he did to customize his program for us. His routine masterfully incorporated industry specific information and transported the audience into a hilarious rampage of laughter."

"This guy is a pro--he knows his stuff!"
"Lively--fast moving, informative!"
"A great instructor!"
"Funnier than whipped cream in your boxershorts!"
"Worth MUCH more!"


Writing
Speaking
Training
Stuff Nobody Cares About
Bill Stainton, a professional member of the National Speakers Association and founder of Ovation Consulting Group, has won 29 Emmy® Awards and 12 International Iris Awards for his work as executive producer, writer, and performer on the long-running Seattle television comedy program, Almost Live! While at Almost Live!, Bill worked with such luminaries (and near-luminaries) as:
Jerry Seinfeld
Ellen Degeneres
Joe Namath
Terry Jones (Monty Python)
Martin Mull
Lily Tomlin
Davy Jones (The Monkees)
Leslie Nielsen
Dave Grohl (Nirvana, Foo Fighters)
Larry King
Fred Willard
. and yes, Tiny Tim!
He would have worked with Cindy Crawford, but she turned him down upon reading his script.

On a more successful note, Bill has also written for:

HBO
Comedy Central
National Public Radio
The Tonight Show Starring Jay Leno
"Writing for other people—whether it's Jay Leno or a corporate CEO—is always an interesting challenge, especially when you're dealing with humor," says Bill. "The key is to be able to hear that person's voice in your mind as you're writing. You also have to understand their sense of humor and their comfort zone. That way—if you're good—it'll sound like they wrote it themselves. Or, better yet, like they're coming up with it spontaneously!"

"Having produced major events as well as spoken at them, I can appreciate the concerns and needs of both roles," explains Bill. "My goal as a spea