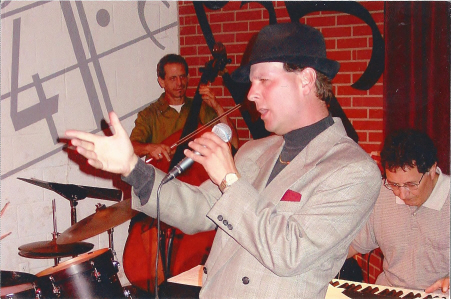 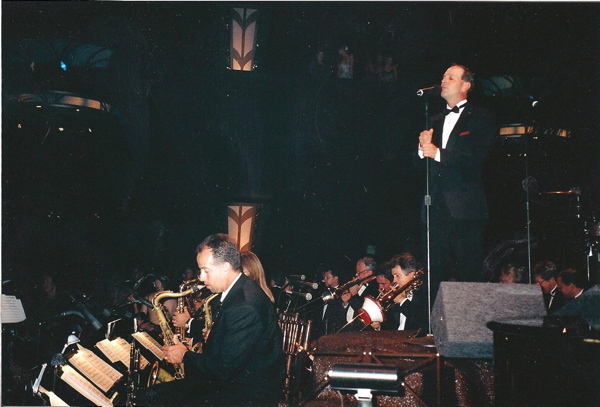 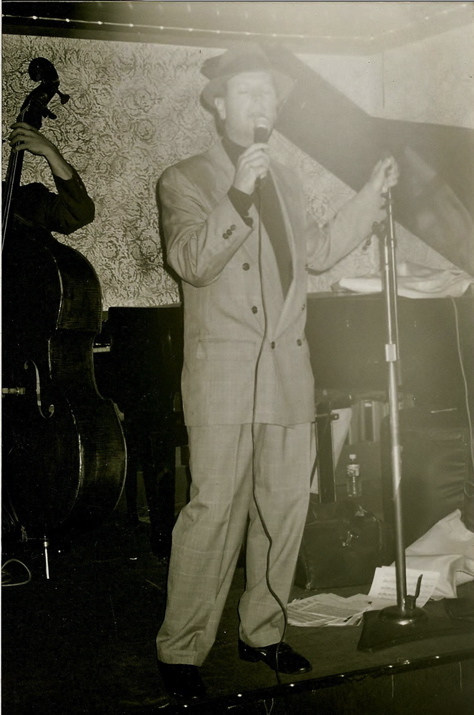 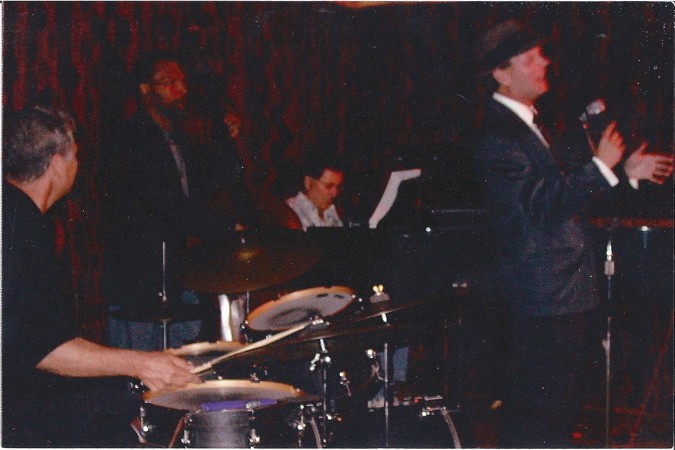 
Bobby Barron has been in Los Angeles for 16 years performing in and around the area with jazz trios, small combos and large big bands. An accomplished singer and entertainer he has experience in dancing—(tap dancer) and being a sideman in bands—(drummer). Currently drummer for the Ginger and the Hoosier Daddy's.

He has performed at The San Generro Italian Festival in Hollywood at the Jimmy Kimmel Stage, Cicada Club in Downtown Los Angeles, The Alex Theatre in Glendale, The LA Athletic Club, The Hotel Bel-Air, The Norris Theatre at the Rolling Hills Estates in Pales Verdes, The Smokehouse In Burbank and for The Governor's Ball for the 2003 Emmy Awards, just to name a few and has sung with The Bill Tole's Big Band, The Dick Parent Big Band, the Wayne Foster Big Band from San Diego as well as The West Coast Glenn Miller Orchestra.

I am a Swing-Jazz-Standards singer--My style is a sort of "crooning-swing". I am a classic song stylist, trying to get the most out lyric and melody. If you like how I sing, let me know and I'll keep you posted on my Gigs as they come in. Me and My Swing Thing Trio--play clubs-private parties-weddings- ect. Cool Swing Jazz on Hot nights and warm Swinging melodies on thoes cold rainy nights. If you'd like to hire us--drop a line and let's talk. I'm keeping the sounds alive that are of the great singers--with a Ring-a-Ding-Ding, and the on-the-beat Bang-Smack power of a Big Band Blast-- that "JUST SENDS YOU, BABY"!