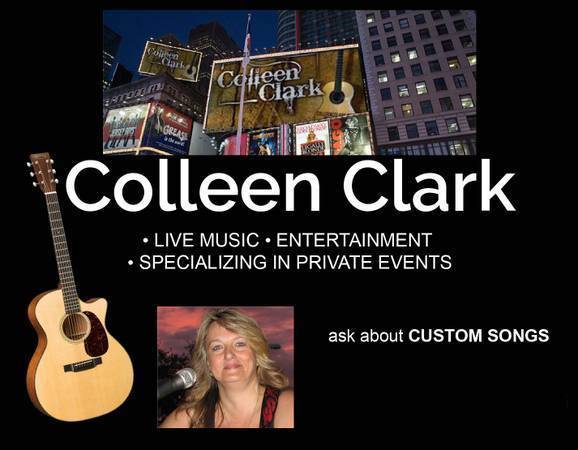 
Colleen C. Clark is a singer/songwriter/guitar player who started playing out in Florida , USA , after her brother Eric died of Aids at the age of 29.

One of her original songs titled "Tango with the Devil" won finalist position in a UK songwriting contest and was chosen for film placement for a Canadian film titled "Me, My Mom and a Whistle".

Her song "Miss You Baby" was nominated for a Grammy Award by Canadian American Records.

She's a native of Canada , and loves to touch people with music.

I specialize in Private Events. Keep me in mind if you have any upcoming LIVE MUSIC ENTERTAINMENT or KEYNOTE SPEAKER NEEDS: Keynote + music = keynote concert!