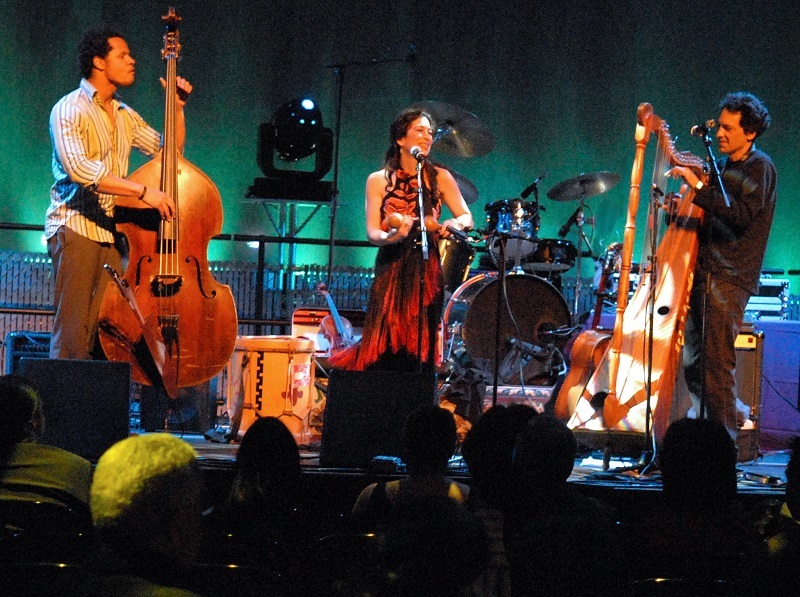 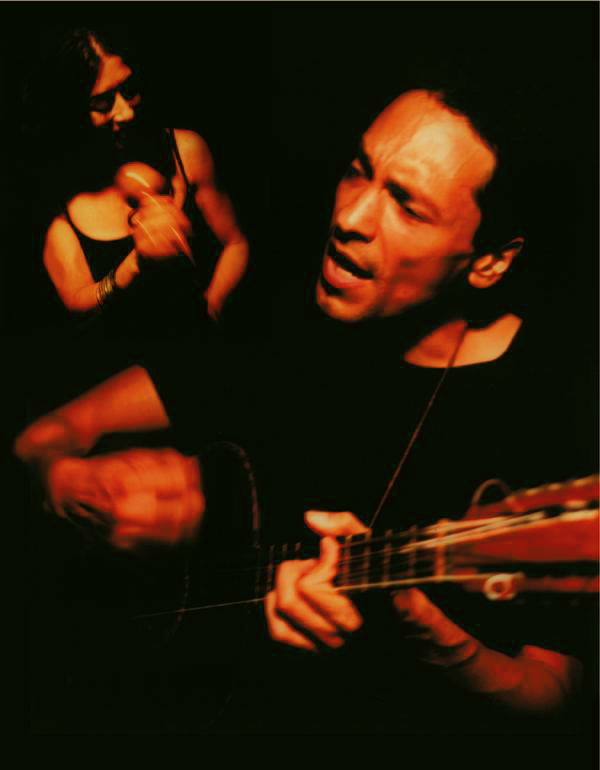 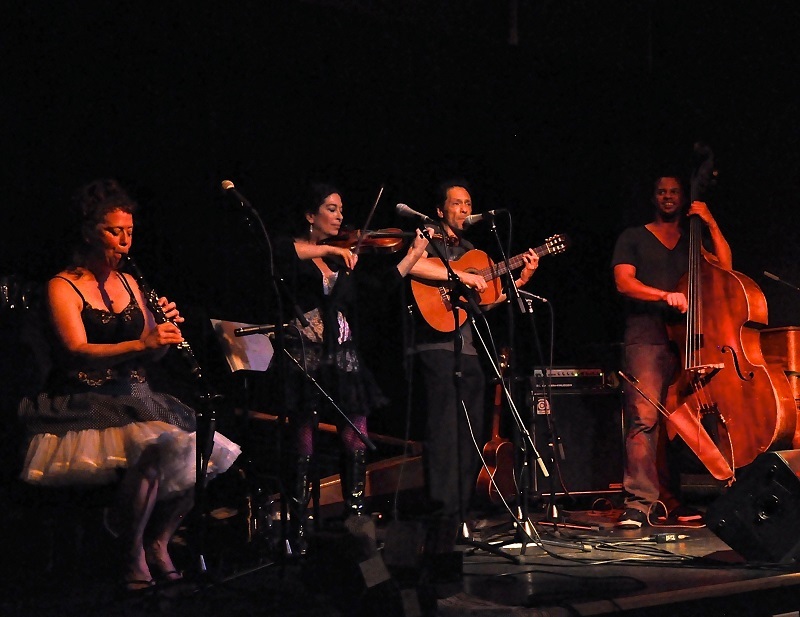 CORREO AEREO (Air MAIL)
Pronounced: Core-RAY-o Eye-AIR-e-o. Spanish, meaning: Air-Mail.
Cuz that is how sound travels you know, delivered through the air on waves of sound that penetrate you; not just through the ears, but through the entire body. Oh yeah! So get ready to be soulfully rocked, exquisitely pulsed and mercilessly, deliciously taken on musical joy rides by this all-star award-winning duo (or larger ensemble), playing both joyfully sizzling and haunting music from Latin America that you've probably never heard before, & on instruments & in ways that may surprise you!
Perfect for any occasion and all ages where you need great music!
Correo Aereo; Abel Rocha & Madeleine Sosin, have toured the United States and Europe for over 20 years, delighting and transporting audiences at festivals, concert halls, clubs, universities, schools, house concerts, parties, corporate events, weddings and private parties.
Their music has been played on NPR Radio's Latino USA & Radio Pacifica's, Democracy Now and featured on television, film and soundtracks such as Universal Pictures ‘The Life Of David Gale' staring Kevin Spacey and the independent documentary ‘Before The Music Dies', with a host of musical luminaries including Erica Badu, Eric Clapton, Doyle Bramhall ll, Bonnie Raitt, and many more.
Winners of the Austin Music Awards - Best Traditional Latin Group, The Austin Chronicle states; “Together, their vocal harmonies are locked in carnal embrace. Their music has sabor. Madeleine is constant and fluid motion. Her hands, legs, her hips sway. She doesn't shake the maracas, she jerks, snaps, rolls, twirls and spins them. Abel is the counterweight; his relaxed, confident style of playing holds the stage together and makes the music solid. A better pair of performers I've not seen in Austin. or anywhere else. There's a huge difference between good performers and just good musicians. Abel and Madeleine are by far the best of both. Take my advice: skip class, skip work if you have to. See Correo Aereo!"

For larger ensembles they are often joined by long time collaborator, Evan Flory-Barnes, on stand up bass. Bassist and composer, Evan Flory-Barnes is a Seattle Native, who has been composing and performing music since he attended Garfield High School. He was a member of the award winning symphony orchestra at Garfield while writing music for the hip-hop group Maroon Colony. He is the recipient of: 2008 Meet the Composer commission to write orchestral work: “An Acknowledgement of a Celebration: Inheritance, Authenticity and Healing” (AOC). 2009 Composer residency at UCROSS Foundation in Wyoming. 2010 Earshot Jazz, “Golden Ear Award”: AOC wins Concert of the year. 2010 LUCID's, AOC wins “Most Dynamic Concert and Composition of the Year Award”. Evan has performed regularly with: Meklit Hadero, the Marc Seales Quintet, Jovino Santos Neto, Correo Aereo, Skerik's Bandalabra, Jason Parker Quartet, and Choklate. Evans's own bands and orchestra: Threat of Beauty, Industrial Revelation, The Teaching, Rubato Hug, Thrown Together With Love. Evan's transcendence of genres and musical limits has allowed him to collaborate with all of these groups on compositions that augment their musical styles. His peerless performances represent his talent as a composer and artist. Evan has performed across the U.S., Canada, in Europe and Africa and is the recipient of The Seattle Genius Award 2014.

Also often joining the ensemble is Bessie Award winning musician and composer, Amy Denio, on clarinet, accordion and vocals in 4 octaves, when she is not on tour in Europe w