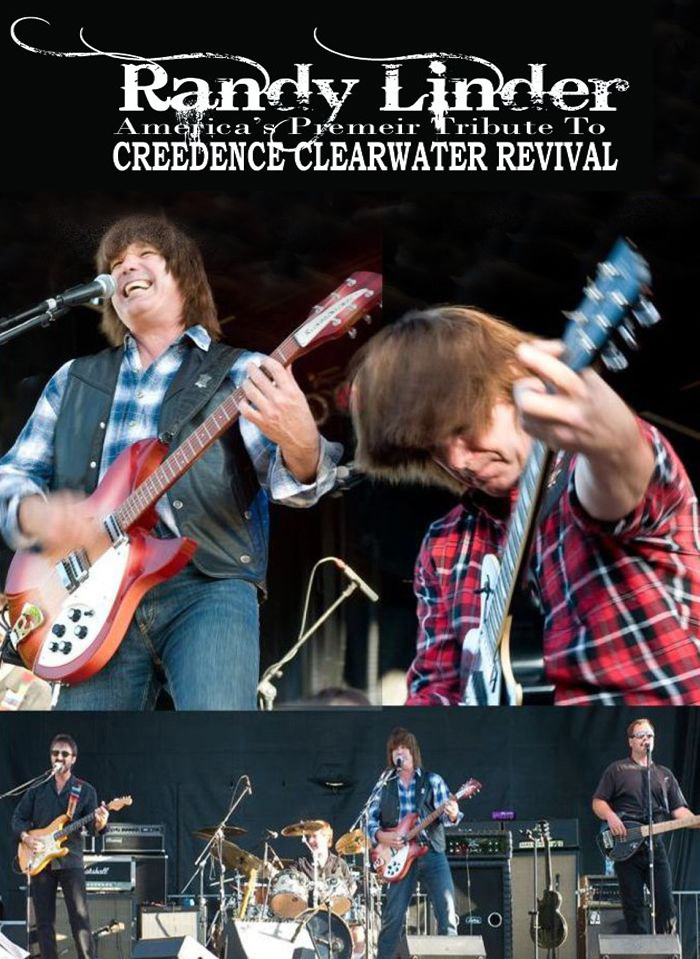 
Randy Linder is widely recognized as one of the nations premier tributes to John Fogerty, the voice behind the unmistakable and popular sound of Creedence Clearwater Revival. Performing from Seattle to New York, also in Las Vegas and further south, Randy and his fabulous band have entertained audiences with hits like Born On The Bayou, Proud Mary, Down On The Corner, Susie Q, Who'll Stop The Rain and many more. This act reproduces these songs with the energy and passion that the original band had when Randy attended his first concert in 1969 and saw CCR live. Randy has been a performer since that time and his vocal style, lead guitar and blues harp have been greatly influenced by John Fogerty. Randy has a natural tendency towards the look and sound that will thoroughly entertain any CCR fan and let them know the tribute is heartfelt. This is the perfect entertainment choice for Casino Showrooms, Corporate Events, Fairs and Festivals.