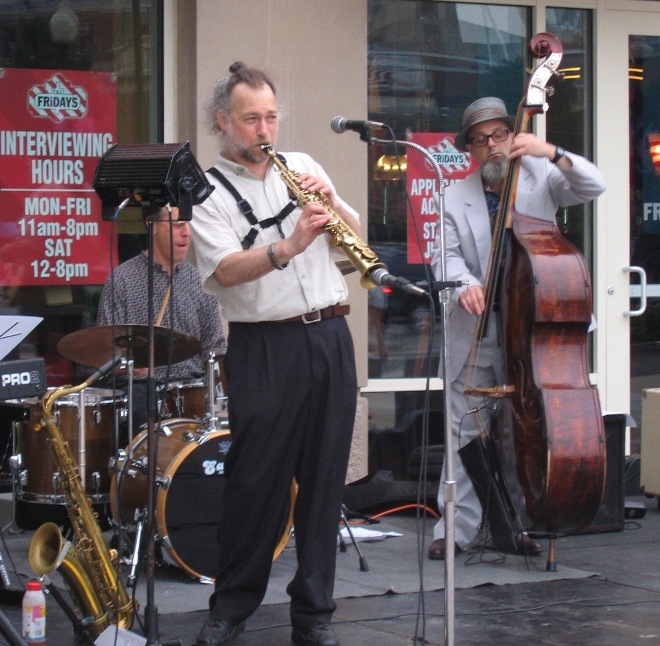 Dave B and the Hot Shots

In the early to mid ‘90s the group worked steadily in Fanuil Hall Market place at Cricket's and The Marketplace Café. The group became active again in the mid 2000's. For the past 2 ½ years the band has enjoyed a residency at a Worcester club “The Sahara” and semi-annual stints for Swing City in Somerville and Cambridge.

I began my musical career in the mid ‘70s as a member of the legendary Boston/Washington D.C. group “Powerhouse”, and had the opportunity to share the stage with many blues masters of the time including Muddy Waters, John Lee Hooker, James Cotton, Matt “Guitar” Murphy, James Montgomery, The Nighthalks, Little Bobby Radcliff, Geoff Muldaur, experimental rock musician Frank Zappa, and avant-guard jazz master Cecil Taylor.

We look forward to the opportunity to share with you a night of great music performed with integrity.