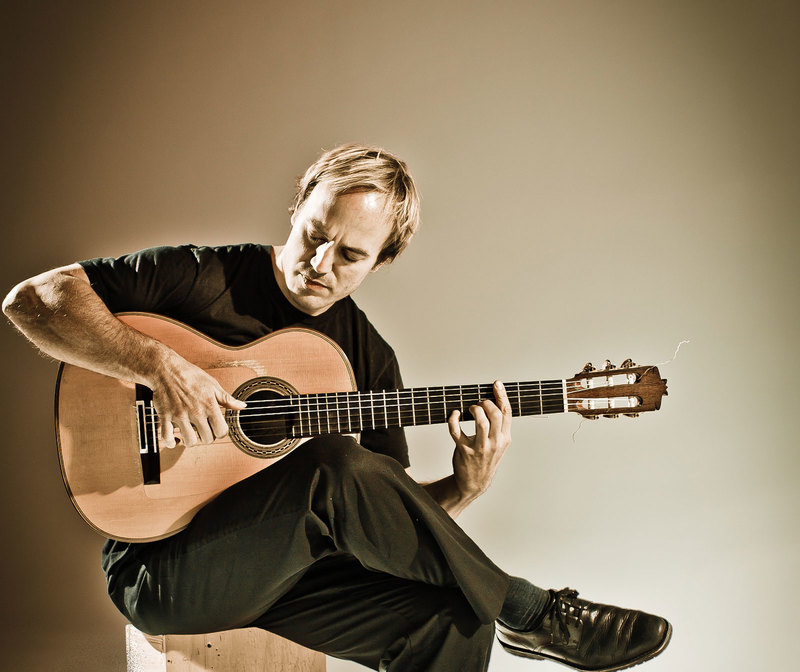 Based in Oakland CA
flamenco music

A sought-after flamenco guitarist and composer, David's musical wanderings converged in Granada, Spain, where he studied flamenco for several years, both as a soloist and vocal and dance accompanist. Since moving back from Spain, David has performed in hundreds of traditional and contemporary flamenco productions, from local venues to stages throughout the United States and Europe. The San Francisco Chronicle calls his music "subtly driving" and "sinuous", and Just Jazz Guitar Magazine writes of his music: "a unique sculpture of chord color, raw guts, and effusive linear tapestries. McLean's compositions fly freely between dark ferocities and uplifting forays that touch the clouds, sometimes within only a few measures". David always keeps his style energetic and upbeat, full of the grit and rhythmic complexity that flamenco offers. Apart from solo guitar, he also performs in duos and in traditional flamenco shows with vocals and dance (inquire).