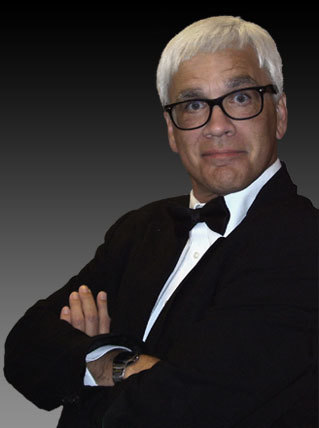 A stand up comic who has a completely different perspective on life. A middle aged kid. Elliot Maxx has delighted audiences nationally with his unique and refreshing blend of music and humor. As well as headlining at comedy clubs he's written several best-selling joke books and also shared the concert stage with such musical greats as Ray Charles, Tony Bennett, Dionne Warwick and the late Roy Orbison. Elliott Maxx has been a comedy icon in Seattle for nearly 20 years. He originally started out as Gary Larson and when that upstart Gary with the Far Side comic strip came out, he wisely swiched to a new name. Elliott is the only man to win the Seattle International Comedy Competition twice. Once as Gary Larson and again as Elliott Maxx.