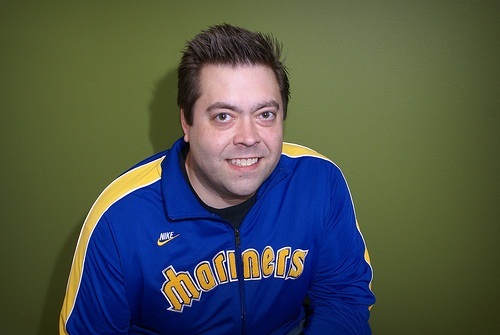 Since abandoning his succesful pizza delivery career in 2000, Gabriel's combination of talent, hard work, and lack of a fall back plan have made him into one of North America's finest touring comics. Although, honestly he hasn't done much in Mexico.

A past winner of the prestigous Seattle International Comedy Competition, Gabriel has made television appearances on Comedy Central's Live at Gotham as well as the nationally syndicated Comedy.TV.

He is also a frequent guest on the Bob and Tom radio show, heard in over 150 cities.

He has made at least 4 people pee their pants.

Gabriel's CD "Sometimes Laughter Hurts" was released on Uproar Entertainment, and can be heard on the "Raw Dog" Comedy Channel on Sirius/XM Satellite Radio.

Rutledge makes his home in one of the great entertainment capitals of the world; Olympia Washington.