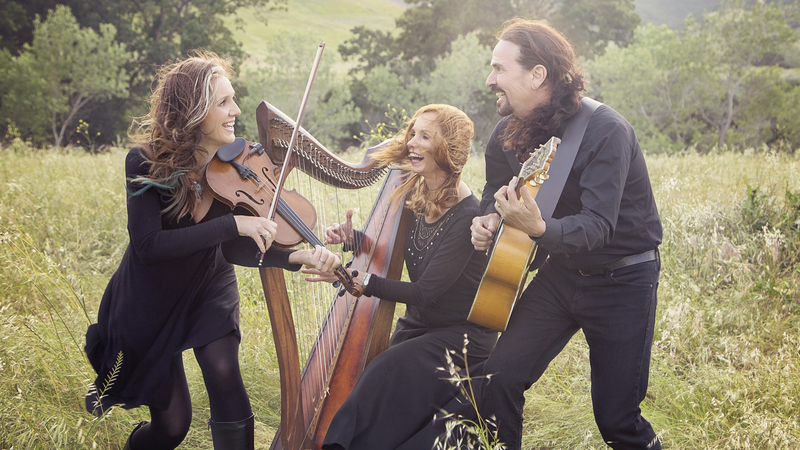 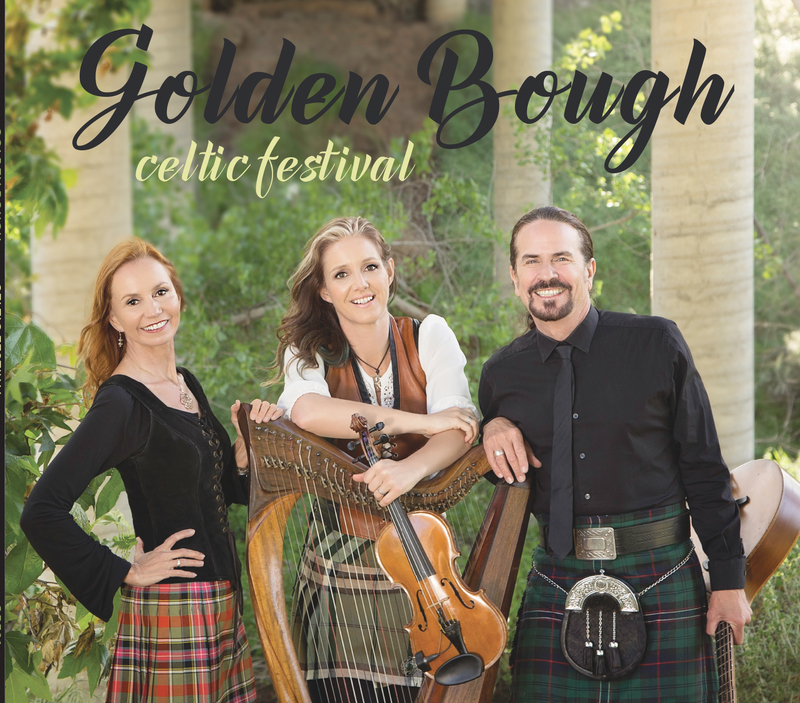 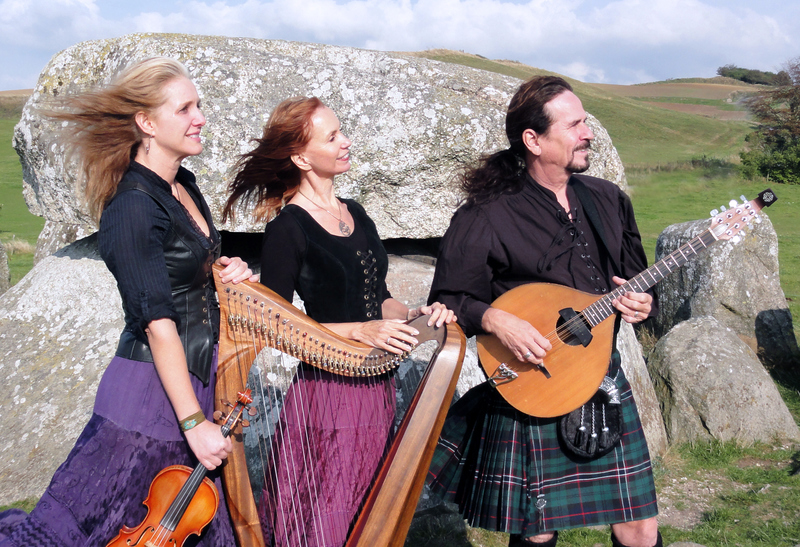 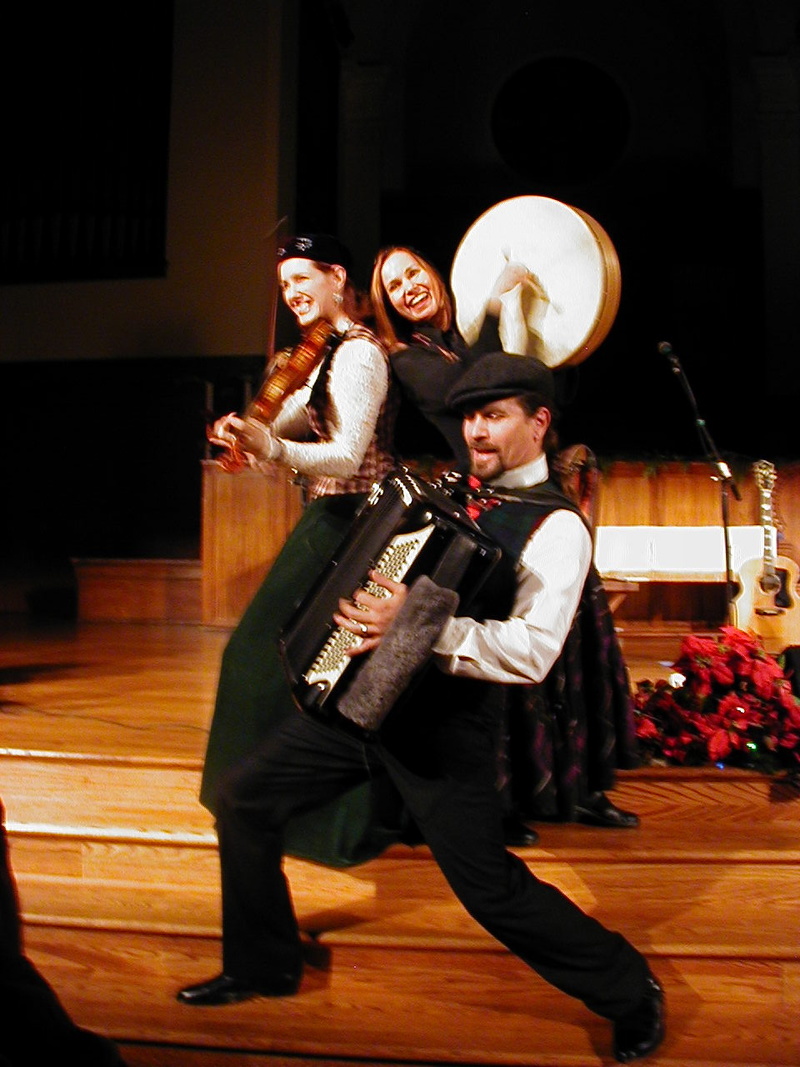 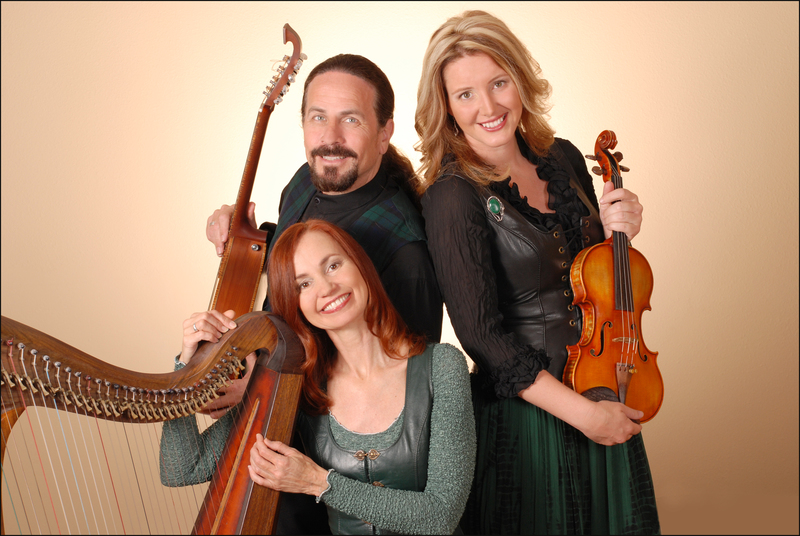 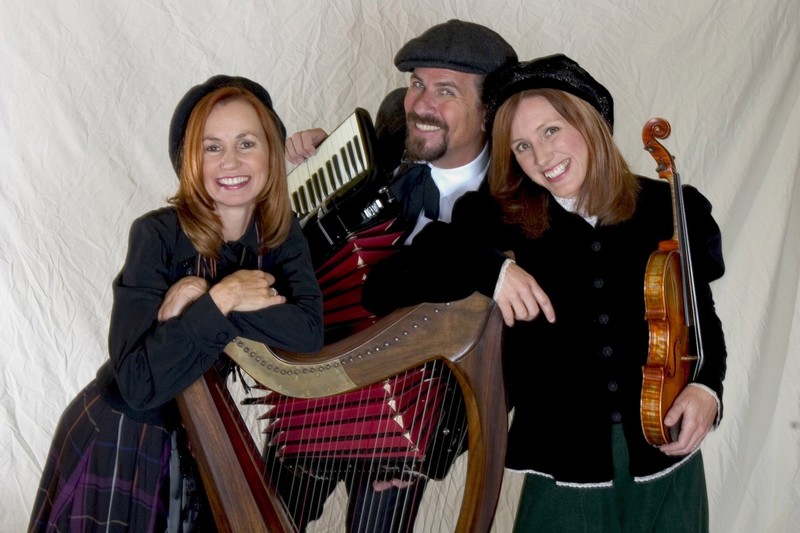 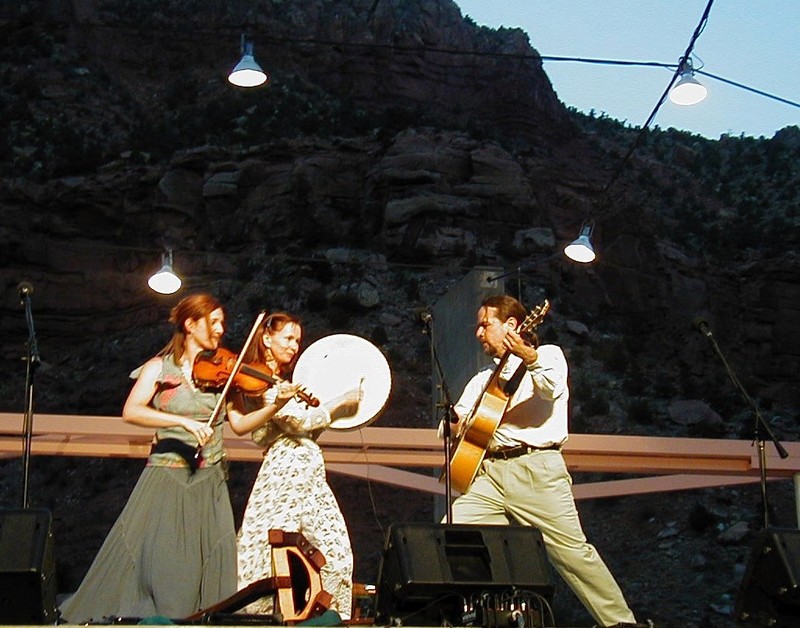 
“There is a love of this music by the performers that is obvious. A great example of how to do something the right way when many are just doing it, period.” Wind and Wire Magazine

Rooted in the traditional music of the seven Celtic nations (Ireland, Scotland, Wales, Cornwall, The Isle of Man, French Brittany and Spanish Galicia), Golden Bough has become a popular and in-demand group on both sides of the Atlantic. Since their formation in 1980, this trio of modern day minstrels has traveled great distances to numerous countries, to bring their music to enthusiastic folk fans the world over.

Blending their voices in pristine harmony, they back themselves on an array of rare and more common acoustic instruments; Celtic harp, guitar, octave-mandolin, mandolin, accordion, violin, viola, penny-whistle and bodhran. To date they have released over 30 recordings. In the recording studio, as well as on stage, Golden Bough captures the essence and joy of traditional music.

In April of 2001 Kathy Sierra joined Golden Bough and brought a new level of energy and excitement to the band.  Her vocal harmonies blend naturally with Paul & Margie and together  the three create a rich, full sound.

Golden Bough's first European performances were in the streets and small folk clubs of Ireland, England, Scotland, Wales, Germany, Holland and Switzerland in the early `80's. These simple beginnings soon led to major tours of European cities and a recording contract with a top European World Music label.

Since their inception, Golden Bough has become a popular and in demand group on both sides of the Atlantic, gaining critical acclaim and enthusiastic support from folk fans wherever they perform. Blending their voices in pristine harmony, they back themselves on an array of rare and more common acoustic instruments, including; Celtic harp, penny-whistle, violin, octave-mandolin, mandolin, accordion, guitar, harmonica, recorder and bodhran. In the recording studio, as well as on stage, Golden Bough captures the essence and joy of traditional folk music and captivates listeners with the uniqueness of their original compositions. With songs and instrumental pieces ranging from ballads to lively jigs, reels and sing-alongs, Golden Bough provides an atmosphere in which the listener can enjoy unique entertainment within and beyond the boundaries of traditional folk music.  Their music is well received and enjoyed by audiences of all ages.