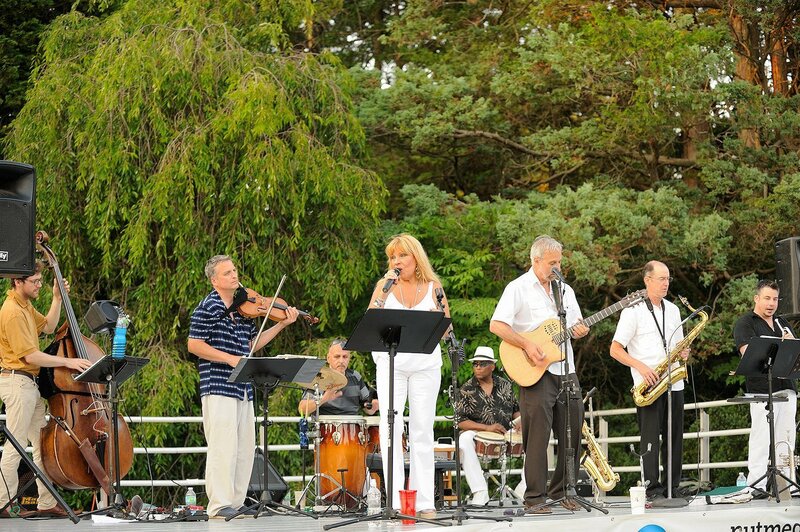 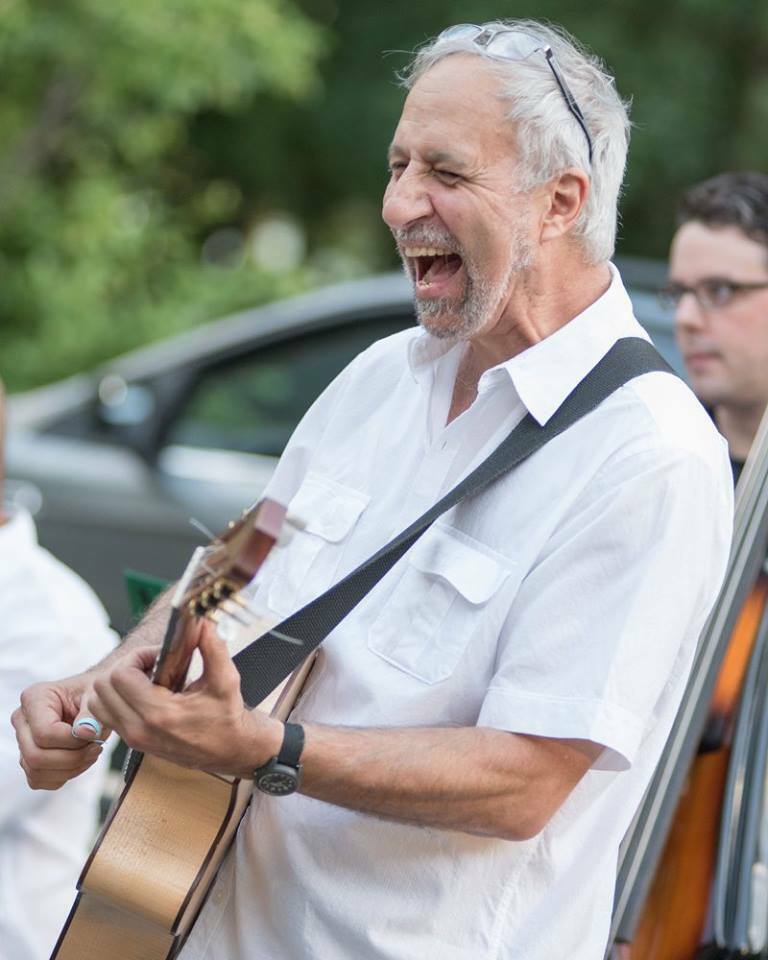 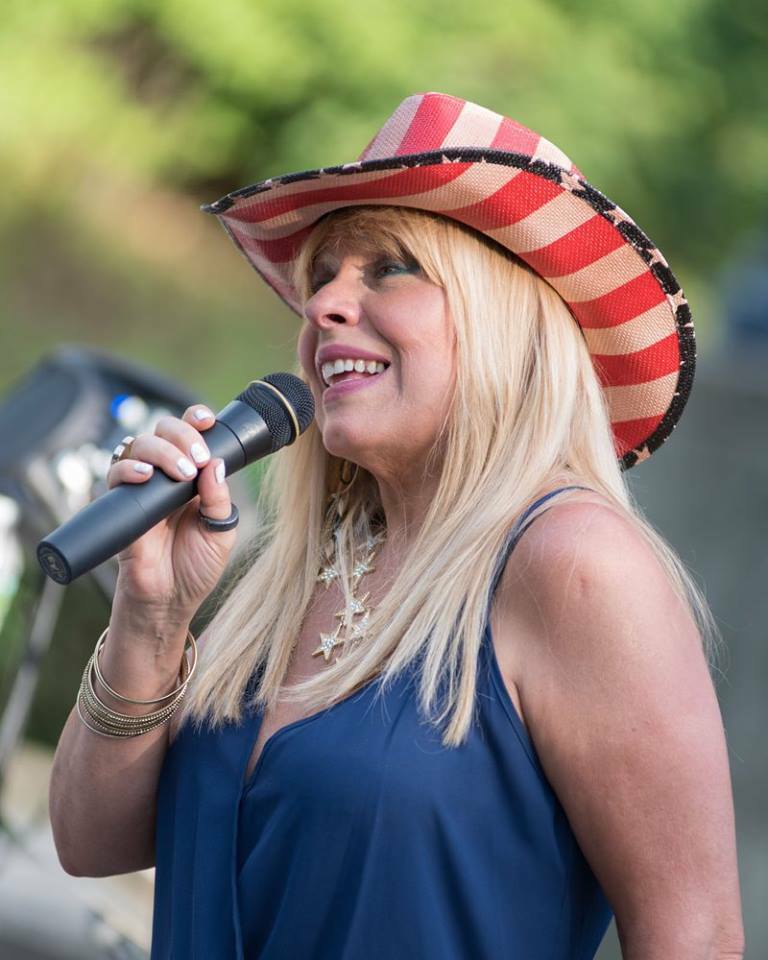 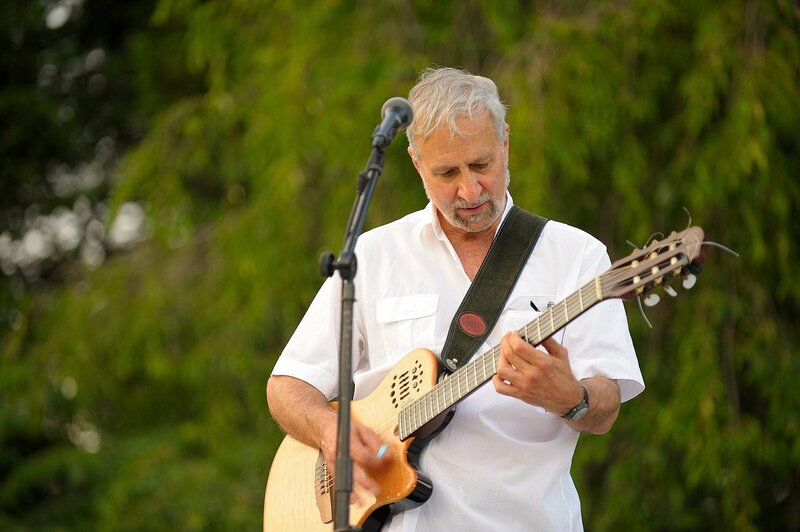 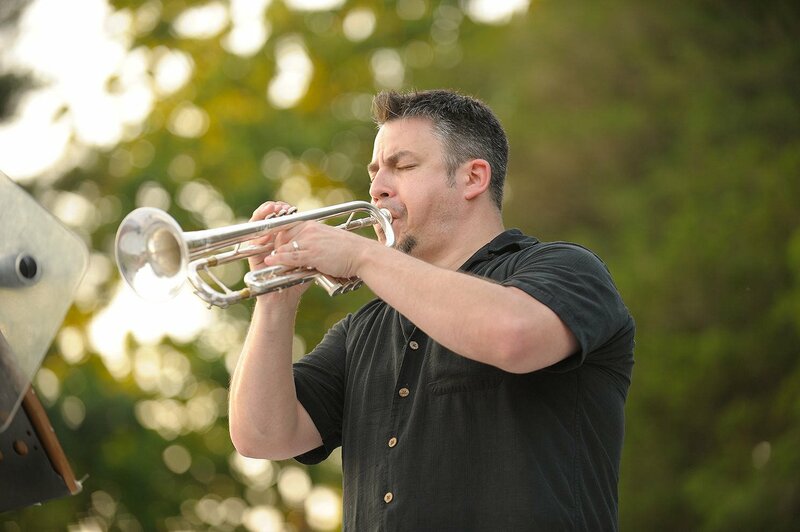 
We are pleased to present to you GOZA — an engaging Latin musical ensemble comprised of Connecticut’s most seasoned and versatile musicians.

“We were thrilled with our choice of Goza to perform at our wedding cocktail hour and reception. They were just what we had in mind ...their sound transported us to a location beyond the Connecticut shoreline, instilling a Mediterranean-Latin flare in keeping with our theme. Goza was lively, sophisticated and elegant. Guests from all parts of the globe, and all generations, were on their feet dancing!! I would highly recommend them as a top wedding band selection.” —T. Kittle, Old Saybrook, CT

GOZA can accommodate just about any venue or budget, providing you with the perfect lineup of musicians to make your event special!

Dave received his B.A. from St. Anselm College, He has also studied at Longy School of Music. With roots in the sixties folk- rock culture, Dave studied classical guitar with Sharon Isbin and Philip Defremery, Jazz with Sal Salvador and Bob Kobus and Flamenco with Mario Escudero and Paco Pena (Spain). He also played in master classes for John Williams, Manuel Barrueco, Ben Verdery, Abel Carlevaro, and Oscar Ghiglia. He has been teaching for many years on the faculties of Trinity, St. Joseph and Manchester Community Colleges, as well as privately.

Dave is an award recipient member of the CT Commission on Culture and Tourism, he has performed extensively throughout the Northeast at schools, bandshells, major festivals, First Nights, clubs and both Connecticut casinos as a soloist and with ensembles he has formed such as Fiesta del Norte, Bamboleo, Goza, and the Typsy Gypsys. His compositions are featured on two releases by the CT Classical Guitar Society of which he is a founding member and Artistic Director. His latest release, Fiesta Grande, features music of Mexico.

Dulce Santana was born in Caracas, Venezuela. Ever since she can remember, music was a part of her upbringing, as she comes from a very artistic family. She moved to the United States at a young age and has performed extensively throughout the United States.

Her voice is mesmerizing and her music is touching. She writes and sings in English and Spanish. Dulce has a creative and innovative style that ranges from Jazz, Latin Jazz, ballads, salsa, and pop. Her voice is powerful and somehow intimate, sultry and sensual; and while her music is diverse, it is always filled with genuine sentiment. Her self-produced CD entitled "Forever", showcases the exquisite flavor of her original compositions which has received extensive radio airplay throughout the United States and South America. In addition to singing, Dulce is also an accomplished author and illustrator of children’s books.

Karina Hernandez was born and raised in Mexico City, Mexico. At the age of 8, she attended the prestigious music school Escuela Nacional de Musica de la UNAM. There she began her violin studies along with voice and music theory lessons. At the age of 19 she joined the Orchestra and Chorus of the Marines of Mexico.

In 2000 she moved to the United States and resided in Maryland. There she joined Mariachi Las Americas (a group that had the privilege of performing for former President Bill Clinton). During 2002 she moved to Connecticut where she shortly became a member of Fiesta del Norte and Mariachi Connecticut. During her first years as a member of Fiesta del Norte she participated in important events such as Arts and Ideas in New Haven and performed at various universities, libraries, and venues throughout New England. In 2009, she joined The New Britain Symphony and The Connecticut Orchestra Valley, where she led the second violin section for two concert seasons. She is a former violin and vocal teacher at Guakia School of Arts in Hartford, Connecticut. Presently Karina is attending Central Connecticut State University, studying violin with Karin Fagerburgk, formerly of the Hartford Symphony.

Jeff Taylor, a long-standing fixture in the Connecticut music scene, has performed extensively throughout the United States, Canada and Europe. Some of his notable work includes playing tenor and lead alto saxophones for the Tommy Dorsey Orchestra, a position he held for over ten years. Jeff has also performed with such musical greats as: Paul Anka, Joan Rivers, Johnny Mathis, James Darren, Joe Piscopo, Bob Newhart, Al Martino and Carol Lawrence.

Jeff holds a Bachelor of Music degree from the University of Connecticut, where he also presently serves as a private woodwind instructor and clinician at their Community School of the Arts. Some of Jeff's other teaching credits include: Greater Hartford Academy of the Arts faculty; Hartford Camerata Conservatory Jazz Ensemble Director; and adjudicator for the Northern Region Middle School Music Festival and Connecticut All-State Music Festival. In addition to performing and teaching, Jeff is also an accomplished arranger, scoring multi-instrumental arrangements in a multitude of genres, including many of those in Goza's repertoire.

Brian attended the prestigious Berklee College of Music, earning a bachelor of music in music education. While at Berklee he had the privilege of studying under such notable trumpet players as Wayne Naus, Lin Biviano, Tiger Okoshi and Jeff Stout.

Chris Payne was born in England and studied for his BA in violin and composition at Dartington College of Arts with a post-graduate in jazz at London’s Guildhall school of Music. In London, as a recording session musician and performer, he worked with artists such as John Martin, Tim Garland, Claire Martin and John Paul Jones, performing at venues such as The Barbican, Wigmore Hall and Ronnie Scotts Jazz Club. Touring Europe and the East, Chris has played virtually every genre of music, incorporating these into his own unique style. As a composer, his work can be heard in television productions around the world

Asher Delerme is one of Connecticut’s most versatile and accomplished percussionists. As his formal training began in the distinguished World Music program at Wesleyan University, Delerme was already touring the United States with Abraham Kobina Adzenyah during his freshman year. While a junior, he’d make his pilgrimage to Ghana, West Africa to study Ghanaian drumming and dance, and upon graduation, he returned to his native New York City to study and perform Afro-Caribbean and Afro-Brazilian music. As a performer, Delerme has toured the United States, the Caribbean, Canada and Asia, and also played Carnegie Hall. A former artist-in-residence for the New York State Commission on the Arts, Delerme is currently listed with both the CT Commission for the Arts Contours and Young Audiences of America programs. Delerme has performed with luminaries the likes of Hilton Ruiz, Paquito De Rivera, Dr. Billy Taylor, Jay Hoggard, Foday Musa Suso, Marion Meadows, Pete Seeger, Philip Glass, Jimmy Sabater and Miles Jaye, among many others. He has collaborated with singers and poets, as well as gospel, theater, dance, percussion and orchestral ensembles. His recording resume includes television and radio soundtracks, jingles and appearances on over 25 albums/CDs.

Born in Hartford CT, Matt Dwonszyk started playing the electric bass at age eleven. In high school, he picked up the double bass while attending the Greater Hartford Academy of Performing Arts. Soon after that, Matt started attending the Artist Collective after school program founded by the legendary Jazz Saxophonist/Composer Jackie McLean. He continued his collegiate studies at the Jackie McLean Institute of Jazz studying with world-renowned bassist Nat Reeves. He graduated and continued his studies at SUNY Purchase where he received a Masters in Music in 2015.

Fabio Mateus is a native of Bogota, Colombia where he studied at the Conservatory of Music from the Universidad Nacional de Colombia. At the Universidad Nacional, he specialized in music pedagogy as well as classical flute. Fabio has performed with various ensembles such as Senda Nueva, Son de Siempre and Atacama Ensemble. He is an outstanding and versatile musician, being proficient in instruments such as bass, guitar, flute, saxophone and quena. Fabio is also an accomplished singer.