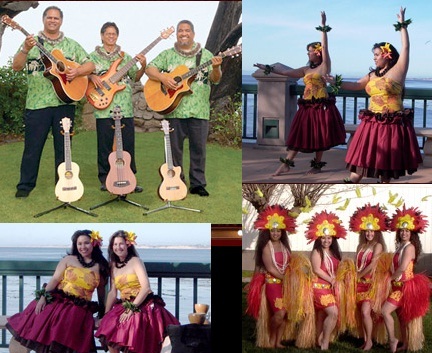 
Within the Hawaiian Community the Ho'omana Hawaiian Band is one of the top recording and performing groups in Northern California, a name newly recognized since November 2001. The name Ho'omana in Hawaiian means “spiritual force or to worship” is synonymous with traditional, Christian and contemporary Hawaiian music. The band is known from Honolulu, HI, Reno, NV, San Francisco, CA to Monterey, California.

As a loosely organized band of five members originally called, “Monterey All Stars” they performed as an opening act for the South Seas Island Jam in Monterey, CA on October 21, 2001. Today, they have become one of the most popular Hawaiian groups on the West coast.

The group has seen a few changes over the years. The five members have become three; the sound is tighter, with six-string rhythm and slack-key guitars, ukulele and electric or upright bass. The music has also evolved, but despite the changes, it has remained unique, a sound instantly recognized: fresh arrangements of traditional, contemporary Hawaiian, Reggae and Christian songs with beautiful three-part harmonies.

Ho'omana offers a complete Polynesian review for your listening and viewing pleasure. The review consists of Hawaiian ancient and modern hula, Tahitian drumming with dancers and Samoan Fire Knife dance. Ho'omana can also provide you a combination of up to four hours of live entertainment with one hour of dinner music, one hour show and two hours of dance music. Individual rates can be tailored to meet your needs.