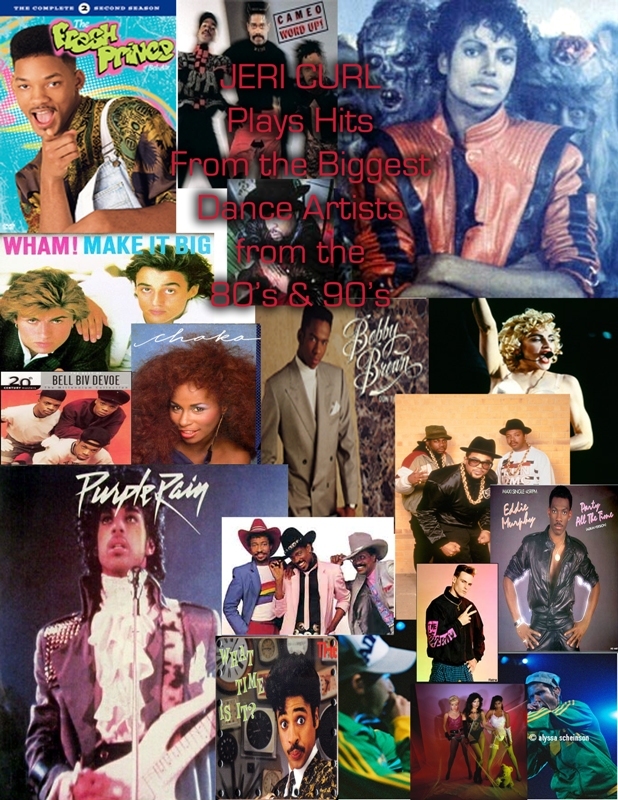 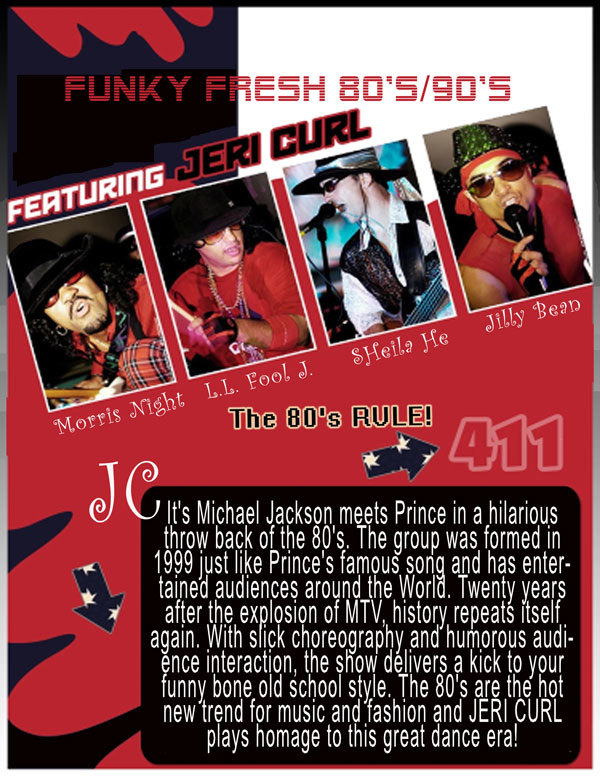 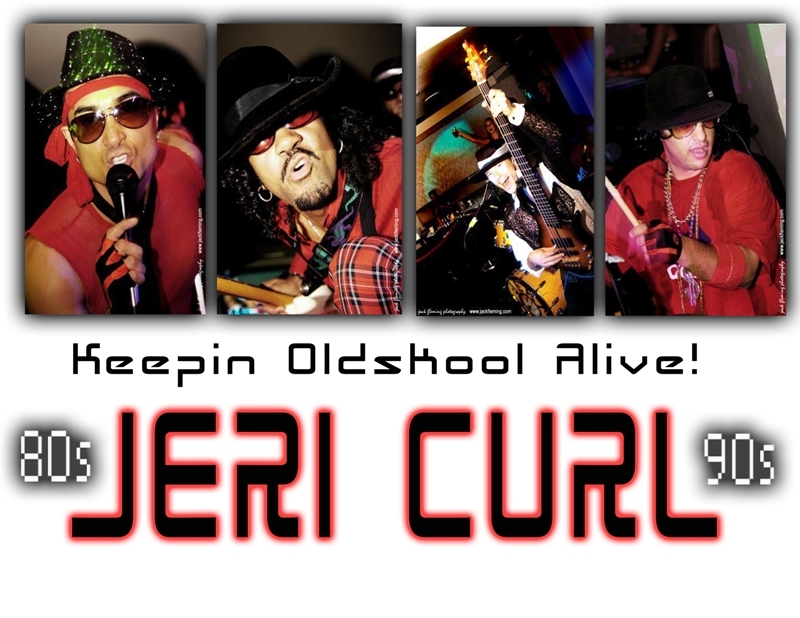 JERI CURL - Keeping Old Skool Alive!
It's Michael Jackson meets Prince in a hilarious throw back of the 80's. The group was formed in 1999 just like Prince's famous song and has entertained audiences around the World. Twenty years after the explosion of MTV, history repeats itself again. With slick choreography and humorous audience interaction the show delivers a kick to your funny bone old school style. The 80's are the hot new retro trend for music and fashion, and JERI CURL plays homage to this great dance era!