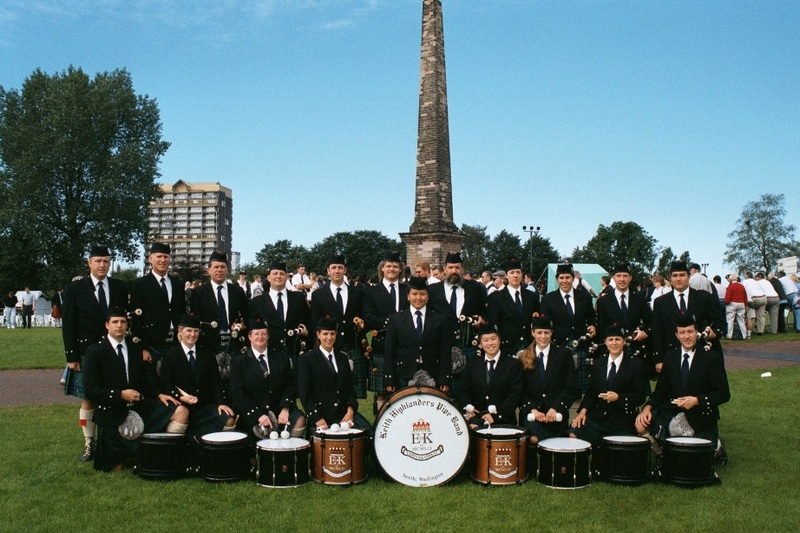 
The Keith Highlanders Pipe Band was formed in 1952 and has a long history serving the Seattle community. As the official pipe band of the Clan Keith (a rare designation outside Scotland), the band has performed internationally and throughout the Northwest.

In 2002, the band celebrated its 50th Anniversary and the 1000th Anniversary of the Clan Keith by traveling to Scotland. Thirty-two pipers, drummers and highland dancers made the two week trip, performing in Aberdeen, Peterhead, Inverugie, Inverurie, Dunnottar and at the Aboyne Highland Games. This trip also marked the first appearance by KHPB at the World Pipe Band Championships, where the band placed 11 out of 40 competitors.

In August of 2004, KHPB made a second competitive trip to Scotland. The band competed in the the Bridge of Allan Highland Games where they performed first in a group of 22 and came in 7th place. On the same day, the band won the trophy for "Best Overseas Band for Marching and Deportment". The highlight of the trip was coming in 6th place at the World Pipe Band Championships, with two 1st places scores from the piping judges.

The Keith Highlanders Pipe Band is available for any event and any performance need, from a solo piper to the full band! Whether it’s a Safeco Field performance, playing with the Chieftains at the Paramount, or welcoming the Concorde to Seattle, hiring a solo piper or the full band provides just that special touch to any occasion.