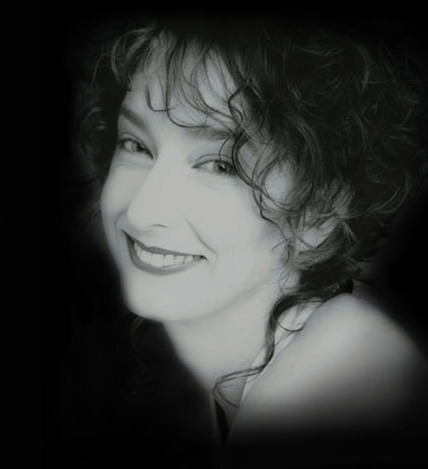 Kelley Johnson is an international award winning jazz vocalist who is known and respected as an arranger, poet and lyricist with a personal body of recordings. Kelley's lithe velvety voice mixes with a dynamic delivery and tricky colorful arrangements to showcase her interpretive finesse and inspired soloists. An organic groovy singer with a direct approach, Kelley reaches her audience with storytelling, subtlety, soulfulness and swing.


"Johnson has an uplifting brightness in her vocal delivery. Her lovely voice stands out for it's emphatic clarity and for it's direct approach. She pulls the blues out of thin air. It's genuine. Johnson is a true communicator."

- Jim Santella, All About Jazz

Kelley Johnson has twice been chosen to be a musical ambassador abroad. Her quartet auditioned live for Wynton Marsalis and Lincoln Center, and the Kennedy Center for lengthy tours for the US State Department in 2004 and 2008. Since her celebrated debut recording “Make Someone Happy” with Fred Hersch, she has achieved critical acclaim with every recording. “Music is the Magic” from which “Tea For Two” garnered her First-Place in the 2003 International Jazzconnect Vocal Competition was recorded in Brooklyn in 2002 and produced by the brilliant trumpeter, Brian Lynch. The Jazz Education Journal listed the ensuing “Live at Birdland”, taped in one special night at the historic New York City club, as a Blue Chip Jazz Vocal album of 2004. The Birdland evening featured reknown trumpeter Ingrid Jensen, the stellar John Hansen, beauteous Ugonna Okegwo and effervescent Jon Wikan, and the songs range from seductive intimacy to streetcorner jive to sophisticatedly reorganized Americana, all tell-tale signs of Kelley's unique stamp.


“I heard Kelley Johnson live in NYC recently and was blown away. I had to buy the CD and it confirmed my impressions of this creative singer and her warm, glistening sound. Kelley is consistently inventive, improvising in soulful and unexpected ways; sometimes sounding like an instrument, other times playing creatively with lyrics. Her sense of rhythm is unerring and is accentuated by her excellent arrangements. She's a fabulous singer that anyone interested in vocal jazz should be aware of.”

Most recently Johnson released “Home”, of which Christopher Loudon in Jazz Times says, “Johnson's own style–distinctly McRae-esque and just as commanding, but seasoned with dashes of Sheila Jordan shadowiness and Lena Horne pluck–shines through.” He continues with “Johnson demonstrates her dexterity with a stunning, languorous ramble through 'The Sweetest Sounds'” and sequentially describes the songs as dreamy, lilting, easy, sun-dappled, deeply romantic, a shadowed reflection, a chilling portrait, a heart-wrenching, and an ingenious blending. Of “Home” Doug Ramsey says, “Johnson shines in her singing, composing and arranging on this fully realized recording, a balanced blend of the familiar and the daring”.

Kelley Johnson grew up in the Midwest where her mother bought and fixed up houses to subsidize her career as a visual artist. For Kelley, home was a transient thing. Surrounded by the sounds of music, her mother was a painter who filled the studio with the music of the 60s, 70s, R&B, country, jazz and especially the blues. When her mother was severely injured in an auto accident, her family took in boarders to make ends meet and among their guests were singers, songwriters, actors, and comedians – a household full of art, music and people pursuing it. By the time the family moved to Milwaukee, Kelley was in love with jazz and the city was proving to be a notorious schooling ground for countless young jazz musicians. After absorbing Billie, Miles, Keith Jarrett and Betty Carter records and hanging in Milwaukee's clubs checking out the great music offered there, her educatio