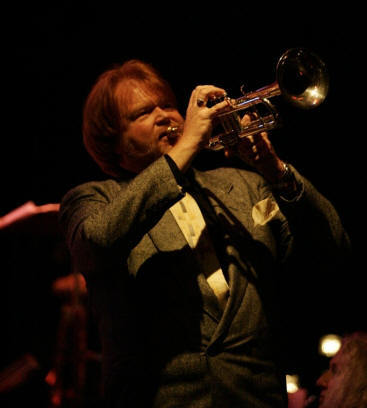 Lance Buller and The Monarchs


Lance Buller & the Monarchs. What a bunch of all-star musicians! Boasting over 200 years of professional experience and a list of credits reading like a who's-who of the music world. Among the legends they've played with are Louis Armstrong, Harry James, The Dukes of Dixieland, Woody Herman, Stan Kenton, The Beach Boys, Linda Ronstadt, Al Hirt, Pete Fountain, Wild Bill Davison, Steve Allen, Pete Daly, Chet Baker and others. Formed in 1985 and at home with every style of Jazz, they boast a front line both agile and powerful, backed by a rhythm section that swings like a gate. With the tightness and flow of a show, yet keeping the spontaneity and drive of a jazz club, the band quickly became popular up and down the West Coast and now they are in demand for concerts all over the U.S.. "The Monarchs are pure dynamite, Listening to them is a blast" Raves the San Diego Daily Newspaper. "The spirit of Louis Armstrong is alive and walks at the jubilee.. The Musicianship of the Monarchs is hard to beat" Says the Medford Tribune.

Styles Of Music: Lance and the Monarchs can play any kind of jazz from Oldies and traditional jazz where they are recognized nationwide. It doesn't stop there though. the band can play anything from oldies, swing, big band, bebop and modern jazz as well as blues, R&B and pop music.

Performers & Instrumentation: Trumpeter vocalist Lance Buller, is a versatile and exciting entertainer. The Rest of the band includes an all star line up of Gary Aleshire on Trombone, Greg Williamson On Drums, The Great Charlie May on Saxophone, Jack Perciful on Piano and Larry Holloway on the bass.