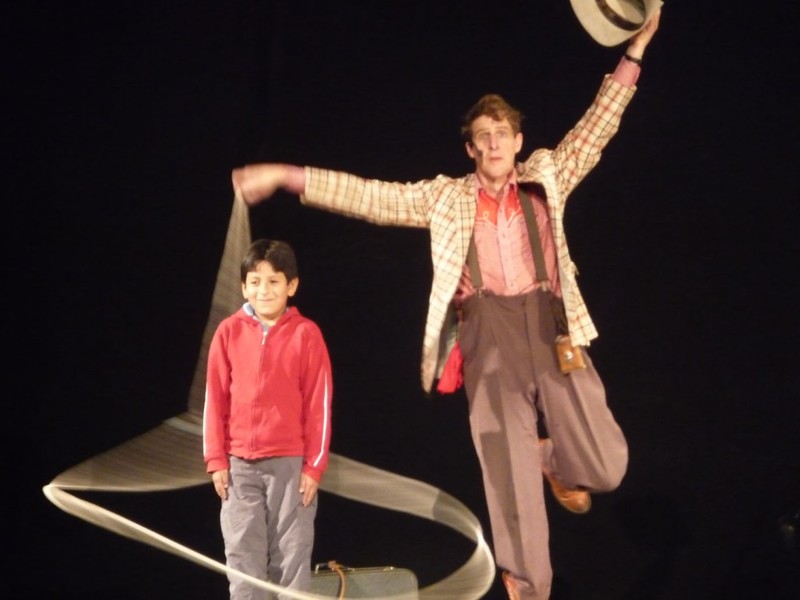 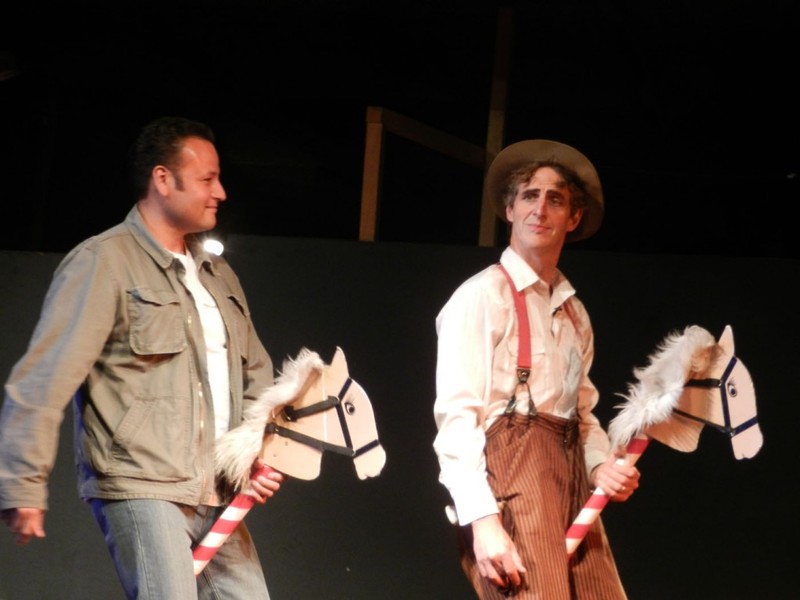 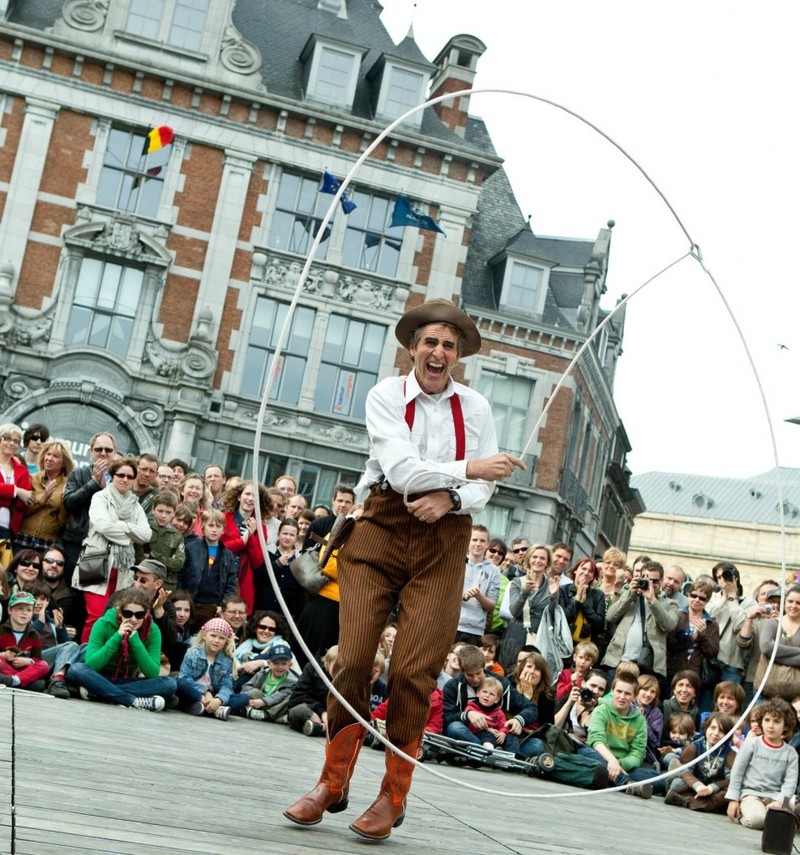 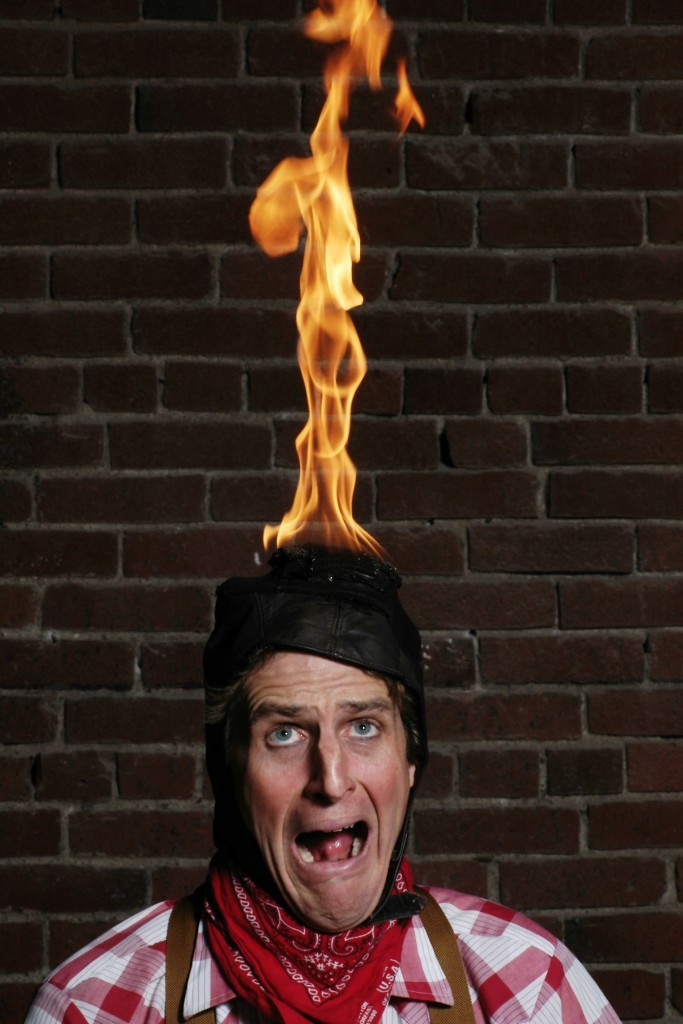 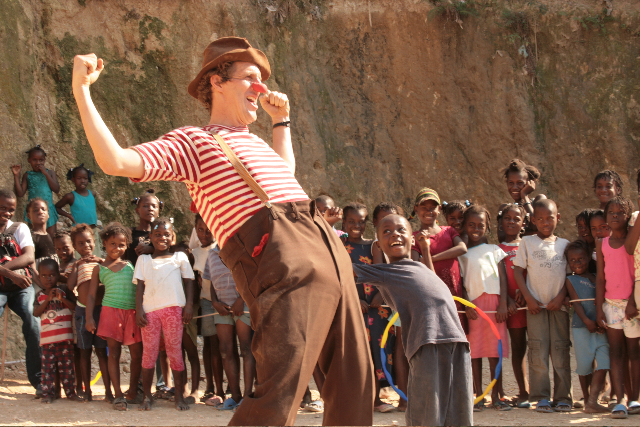 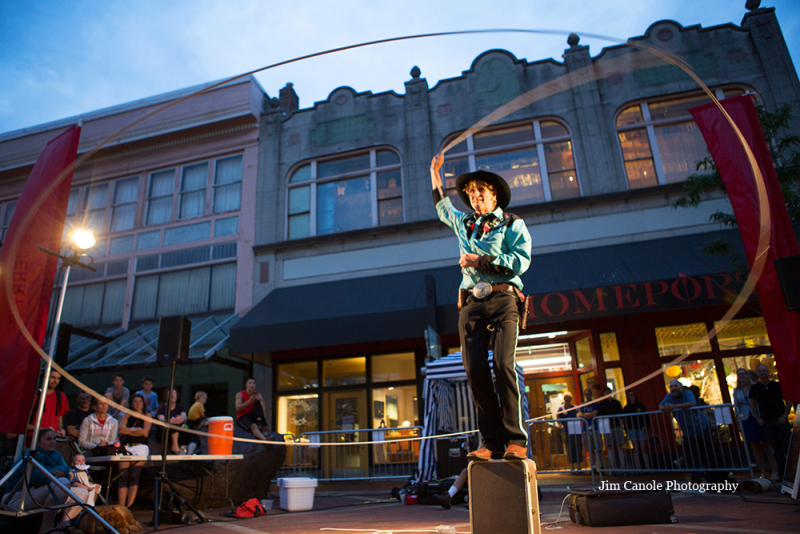 
David Lichtenstein has performed Leapin’ Louie comedy shows at more than 200 corporate events, company parties, and private parties in all kinds of situations.

Looking for something different? Clean, original, offbeat comedy; Leapin’ Louie can get any crowd laughing and cheering

High-energy spoken and physical comedy, audience participation, combined with wild tricks: spinning a 70 foot lasso around himself, whipping a target out of a volunteers hands, setting his head on fire on the 6 foot unicycle— etc. Shows can be 3 to 60 minutes in length, typically 45 minutes when Leapin’ Louie is the featured entertainment.

Louie writes custom jokes using the clients keywords and personnel. He rewrites his large repertoire of comedy-tricks material into customized thematic routines for the client’s event.

Louie can perform physical comedy and trick dominated shows with less talking (in Spanish or English) for companies with many employees who speak foreign languages.

For evening adult shows Louie is usually to be found in a sharp suit and a tie. However, because in the modern world comedians and jugglers are both a dime-a-dozen, he is often now being asked for the all-western show in cowboy regalia. After all, he is the most explosive Lithuanian Jewish Cowboy Comedian to ever come out of Oregon.

Experience: For two years living in the Netherlands David contracted regularly for More Balls Then Most, the most successful show producer in the corporate market in the Netherlands. During that time he performed, and helped create dozens of custom comedy shows for corporations like Shell in Amsterdam and Congrex in Brussels and London.

In the US he has performed feature shows for IBM, PDX airport, Solaflex, Alaska Airlines, Pacific Power and Light, Boyd’s Coffee, the American Lung Association, the Oregon CEO roundtable, and many others.

“It’s the Wild West lasso-wielding clown Leapin’ Louie Lichtenstein who’s going to make the $20 price tag well worth your time. The man is freaking amazing. The crowd lost it after every one of his acts—from the 20-foot diameter lasso he swung overhead while riding a super-tall unicycle, to the bull whip he cracked at the front row’s faces.” –Portland Mercury

In the past few years he has traveled from Oregon to:

Thank you again for your marvelous contribution to the success of the Chief Executive Roundtable Retreat last July at Salishan. Everyone who saw your act was joyfully entertained. …

The comment and references to OGI and the retreat definitely personalized the program, and including some of the audience as participants in your act was fun for everyone.

Now — about your act … It’s GREAT! Thank you again, David. We were very pleasantly entertained.

Your performances were outstanding! I’ve personally seen your act several times, and you never fail to extract chuckles from your audience. Your acts were professional and a very positive contribution to our event. … I also appreciate your adaptability to an unusual venue, such as PDX.

“Lichtenstein, a multitalented performer, has to be seen to be believed.”

“It is a pleasure to recommend David Lichtenstein as both a performer-entertainer and a teacher-artist. …

Kid Konnection is a federally-funded youth at risk project which utilizes circus as an instructional and performance medium to build self-esteem and self-confidence among age 7 to 11 year olds. Our children learn and perform juggling, balancing, unicycling, clowning, mime, tumbling and acrobatics and many other related circus skills. David is a gifted artist and technician in many of these arts and has demonstrated the ability to teach them effectively to children who are often problem learners …

David has proven his ability to reach and motivate these children, partly due to his impressive artistry and physical skills which they respect. He is open to input from his student and creative in guiding them to impressive and satisfying performance experiences. His humor is refreshing and unpredictable and universally appealing. He is a consummate performer whose skills are so impressive that he can hold the attention of any audience and make them want to learn to do what he can do.

“Although his ability and talent are impressive, Lichtenstein’s real gift is his warmth and humor — attributes he uses to create an intimate alliance with the audience.”
-Roseburg News Review