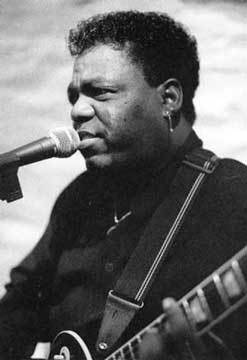 Les Getrex and and His All Star Band Creole Cookin


Les Getrex is an established guitarist and vocalist originally from New Orleans, Louisiana. Thousands of fans have caught his show at The Rock, at the R&B club, and, more recently, in Chicago, where he now resides.

Experiencing the pure honesty of his singing and stunning guitar work, one is left knowing they have witnessed the real deal. Whether Les is playing his own compositions, or those of other artists, his sweet, soulful style always brings the music to life.

He has played with New Orleans greats such as Fats Domino (eight years) throughout the United States and Europe. In addition to playing in the band, Les was also the opening act for many Fats Domino concerts. Les also played with the late Zydeco great Rockin' Dopsie and the Zydeco Twisters (five years). They appeared in the movie "Delta Heat".