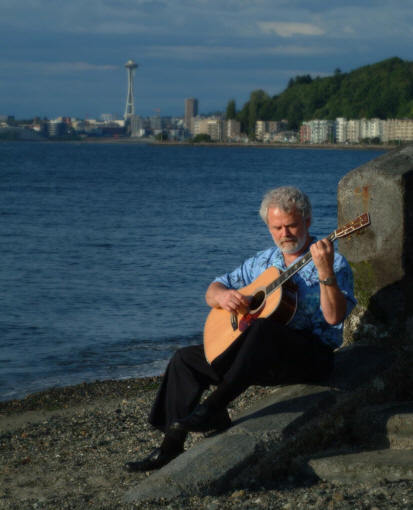 All-Star Performances. Lonnie has played at Jazz Alley in Seattle and the Backstage in Ballard. He has appeared in numerous shows with the Tacoma Actors Guild and the Group Theatre in Seattle. He has also recorded with many NW artists. Solo, Combo Or Big Band! Not only a gifted soloist, Lonnie also plays as the Lonnie Mardis Jazz Trio, Quartet or variety Big Band. In addition, he leads the Seattle Central Community College Jazz Orchestra and is the music director for the Federal Way Symphony Big Band. He is featured on many albums of Northwest artists. A native north-westerner, Lonnie Mardis has performed as a solo artist, guitarist, composer, arranger, and music educator. He keeps a busy schedule from his home base in Seattle, playing with such notables as Scott Cossu, Rob McConnell, and the Seattle Composers Alliance Big Band he has also worked with Roger Fisher of Heart fame. You will see him at weddings and private events at the Sorrento Hotel, Golf & Country Clubs across the northwest and the Washington State Convention Center. The Right Music For Your Very Special Event. Lonnie is known for combining musical influences to create a heartfelt and appealing style called for in nearly all group settings. He will work with you prior to your event to establish just the right rhythmic flow that you want to establish for your gathering.