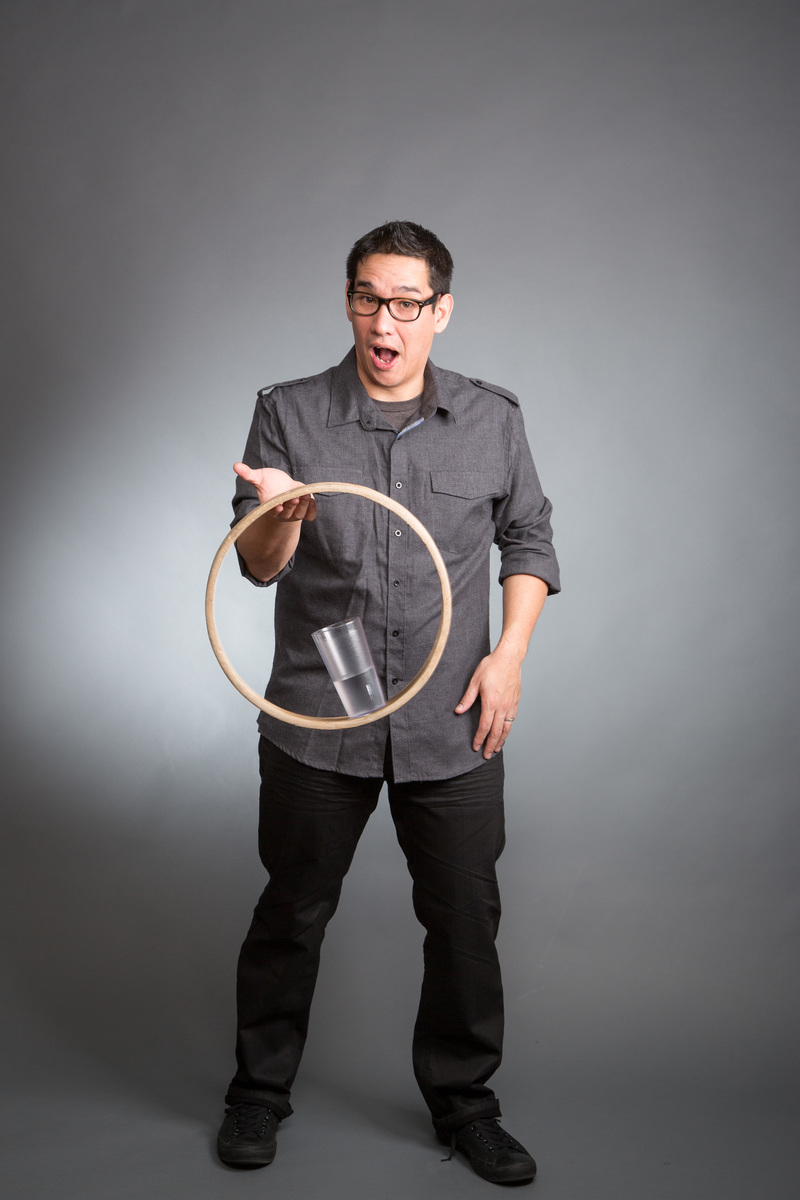 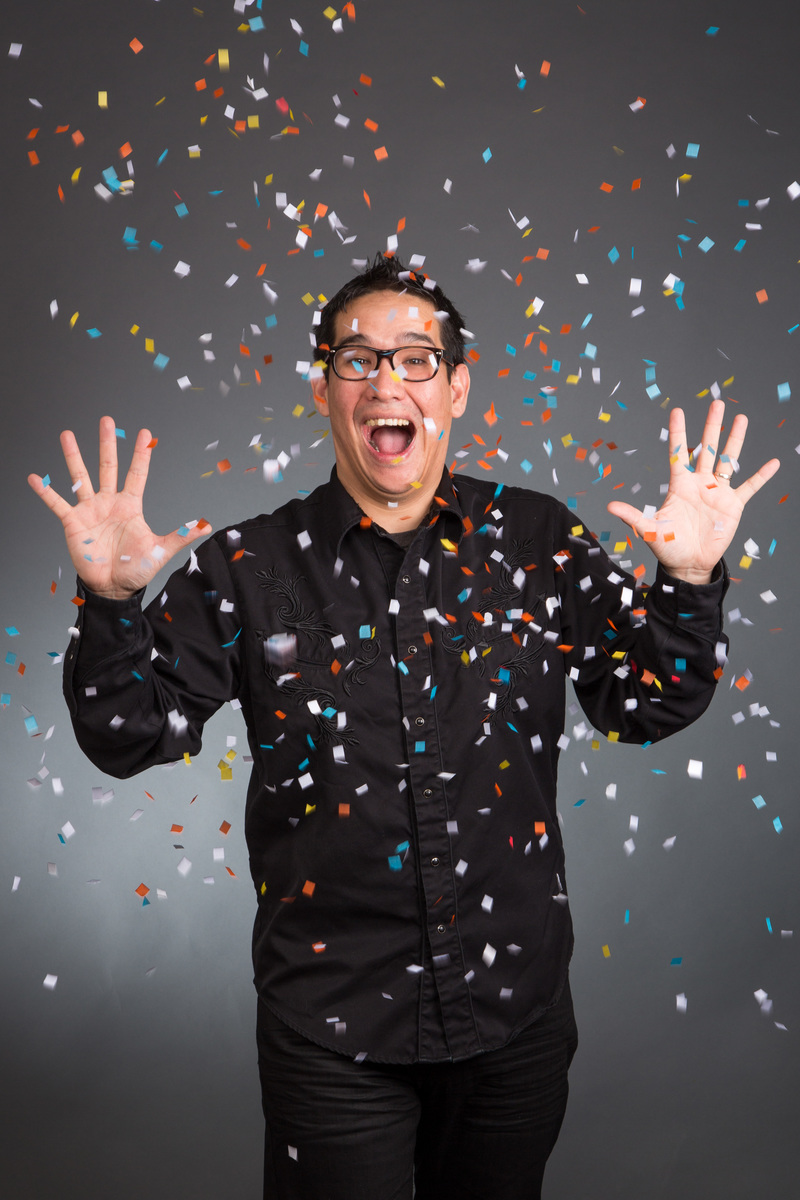 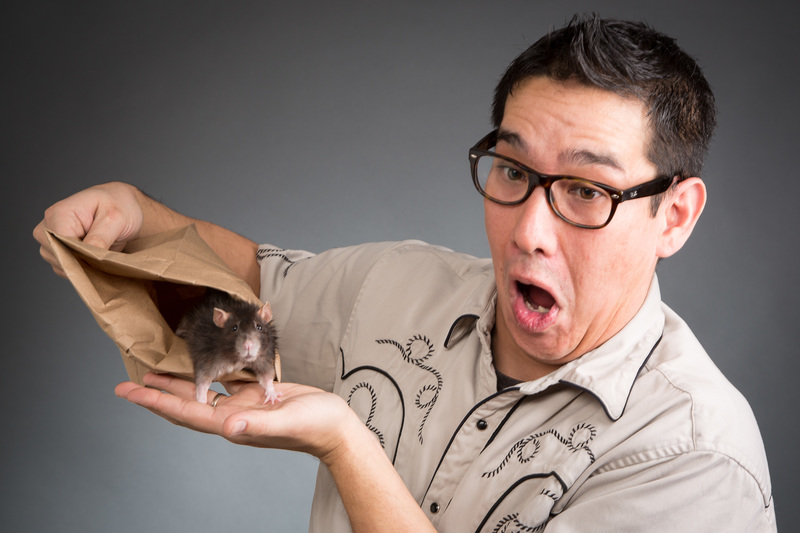 
We now offer live virtual shows via zoom or the clients preferred streaming platform.  These shows run 30 minutes and are performed live and I interact with the audience through the streaming platform. Welcome to the virtual theater  with studio lights, sound and backdrop. Let's have some fun.

If you want something more exciting than a plain ol’ magic show for your next event, then Louie Foxx’s One-Man Side Show is for you! It’s filled with:

And much much more!

Audiences across the USA love Louie Foxx’s One-Man Side Show and you will too!  Howie Mandel called Louie’s performance on NBC’s America’s Got Talent “Fantastic” and the International Brotherhood of Magicians said Louie is “Incredible“.

You may have seen Louie from one of his many appearances on New Day NW,Tru TV’s Guinness World Records Unleashed, Otra Movida TV in Spain, the Nationally syndicated television show How ’bout That or on NBC’s America’s Got Talent.

The One-Man Side Show is full of unique magic tricks and skills.  Whether making the audience gasp in disbelief as he wraps his head in duct tape to paly a game of 20 questions, or making the audience roll with laughter as he tries to cut a banana in half with a bullwhip you can rest assured this is a show unlike any other!  The Society of American Magician’s called Louie, “A Variety Artist in the truest sense of the words!”

Louie is a two time Guinness World Record Holder and was voted the Best Live Entertainment for Families by the readers of the Parent Map Magazine two years in a row!

The One-Man Side Show

Louie Foxx is the consummate kid that never grew up and it’s evident as you watch him interact with audiences of all age. He is living his childhood dream of being a magician.

As a kid he realized that he excelled at all of the things that adults told him were a waste of time. Instead of playing baseball in high school, Louie built himself a rickety table and rode the bus into downtown to perform magic tricks on the street corner and got paid by “passing the hat”. He’s come a long way since then.

The Society of American Magicians voted Louie The Best Stage Magician and Best Close-Up Magician in Minnesota in 1996. He has also been featured twice in the prestigious Linking Ring magazine which is a magazine for the 13,000 members of the International Brotherhood of Magicians! Louie has also written several books about magic tricks for professional magicians, one of which has sold over 2,300 copies!

Louie is also a Two Time Guinness World Record Holder and has been on NBC’s America’s Got Talent, the nationally syndicated television show How ‘Bout That, Evening Magazine, New Day Northwest, Otra Movida TV in Spain, and in London’s Guardian Newspaper!

Louie is enjoying life as the rockstar dad. He now has a valid excuse to go to the zoo once a week and build forts out of the sofa cushions.

“Louie acted in a professional manner for the duration of the event. I was impressed with how well he interacted with the guests. He showed energy and enthusiasm as he worked the crowd while displaying all of his magic…”
– Refawne Smith, KZOK 102.5 FM

“I’m sure by our laughter you could tell we really enjoyed your comedy and we loved the audience participation! The entire program was delightful…”
– Victoria Menefee, Franke Tobey Jones Retiement Estates

“As you could see from the enthusiasm of our guests, your performance was extremely well received. Your professionalism and good humor helped set the tone for the evening- I know that people will have good memories of the evening.”
– David Kageyama, Seattle, WA

“…We were more than pleased when his simple walkaround magic act became a main attraction”
– Reynaud LeBoeuf, American Seafood

“I must say the Louie was the highlight of the evening for my wife and me…My wife and I were delighted by his style, mystified by his magic and tickled by his humor. In fact we sought him out during the party to get more! Most refreshing was that his entertainment was suitable for any crowd. In short, Louie provided the best good, clean fun we’ve had in a long time!”
– Gary J. Hammons, CIC inc.

“Thanks Louie! Everyone really enjoyed the show!” – Charmaine Jovanovich-Miller, Executive Director – Mountain View Community Center
“Everyone was delighted by is humor and bag of tricks… For a different and enjoyable booking any time of the day, we highly recommend Louie Foxx for any occasion.”
– Maureen Hitchcock, Des Moines, WA

“Louie is a true professional! What made it great is the way he was prepared – Hardly any set up… Louie was ready to go!”
– Emily Miller

“One of my veteran teachers said it was her favorite assembly we’d ever had. There’s lots of audience participation.”
– Glenda Merwine, Coupeville Elem.

“…People came out of the program laughing. Everyone from children to adults loved it.”
– Barb Johnston

“Very entertaining and the kids loved it! We hope to have you back again next year!”
– Julie Forthun

“The performer made a huge impact on our school!”
– Peggy Sanderson, Pioneer Primary

“Louie was very professional, provided comic relief and a message to reinforce the reasons for reading.”
– Tom Eastwood, Kalama Elem.

“This program captivated the attention of our group…You had good audience participation throughout.”
– Bruce Hansen

“His correspondence was concise and professional. His punctuality was impeccable…he was flexible and very easy to work with. We really enjoyed his shows and plan to schedule him again next year.”
– Karina Sogge, Bellevue, WA

“He arrives on time – never late. Very well prepared. Keeps program to the time alloted…He is great to work with!”
– Judy Stull

“A must see performer…”
– Josephine Camarillo

“The audience was enthralled, both kids and adults…Louie is Mr. Enthusiasm!”
– Jean Tarascio

“…Laughter abounds and it is truly an enjoyable show!”
-Beverly – Upper Skagit Library