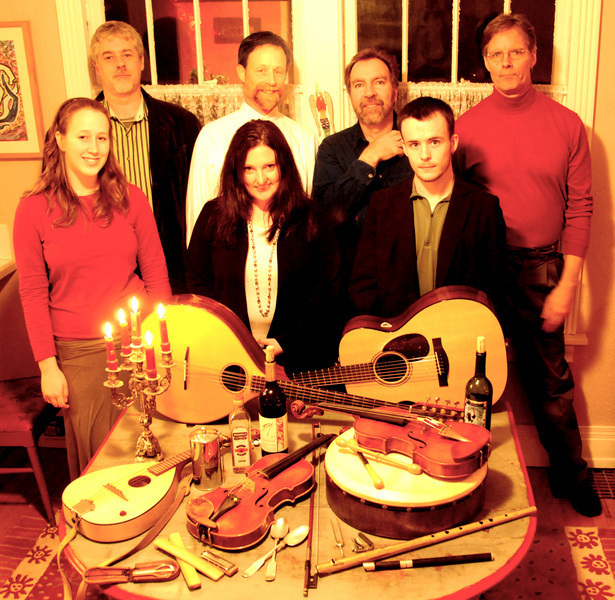 Celtic Music. Scottish, Irish, Celtic: Seattle, Bellevue, Redmond, Tacoma, Olympia, WA.A guitarist and vocalist with a focus on celtic roots. Celtic culture is a deep wellspring of creativity, crystalized in melodies and poems. most of ancient origin. Martin's treatment is to bring a subtle rhythm and blues groove to sooth the modern heart.Originally influenced by blues and activist / socially conscious rock, a love affair with celtic mythology lead him to the music. happy customers say :" . we could not have been happier with the music. The recommendations that you made after hearing the general idea of what Shannon and David wanted for the wedding were perfect. I am so glad you took the time to attend the rehearsal and get all the details worked out to enable you to provide for a perfect performance on the wedding day. If you ever need a recommendation, don't hestitate to provide us as a reference." - Marcia 6-25-2006Martin has studied under Daithi Sproule, Randal Bays and Hans York, all of whom play often in DADGAD. Martin has appeared in concert with such greats as Randal Bays and Jamie Laval.Martin has been in demand in recent years as a leader of workshops on playing guitar in DADGAD tuning.DADGAD tuningPlaying guitar in DADGAD tuning is something that has opened up the guitar for me as conduit for serious emotion. Some claim that this tuning method came from Ireland, but that's not important. As it turns out, it works for all kinds of music. Ringing harmonics usually reserved for Sitar are possible (minus the "buzz") because of the open strings. These harmonics are also reminiscent of the bagpipes drones making Celtic music sing out in DADGAD. I teach this method.