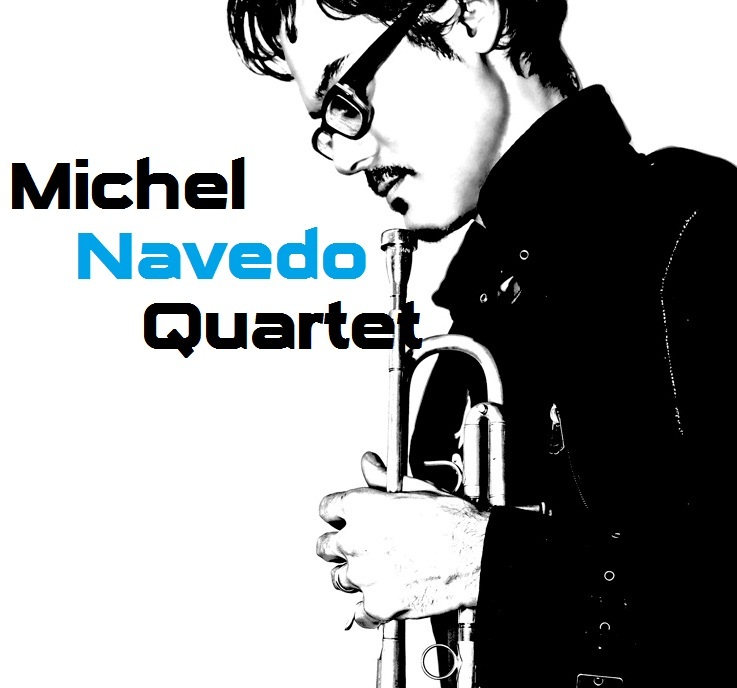 
Michel Navedo's style fuses the jazz tradition of New Orleans and the sounds of Puerto Rico – both places of his heritage. Growing up with such a rich musical background, Michel took to the trumpet at age 9 and has matured to a distinctive, lyrical voice.

Michel Navedo has been a principal player in groups ranging in style from Jazz and Afro-Cuban to Hip Hop and Electronic. A featured soloist in big band and symphonic settings, he has shared the stage with such diverse acts as Roy Hargrove, Perry Ferrell, Chucho Valdez, Eugene Chadborn, and De La Soul. Schooled in Jazz, Afro Cuban, and classical trumpeting, his improvisations draw from Jazz and from the rich variety of world music he has both studied and performed over the years. Michel's current focus is on composing, performing, and recording with his classic Jazz project, the Michel Navedo Quartet. Bringing a highly stylistic and emotive New Orleans feel to his music, the group's sound transports the listener to a time of jazz's beginnings; a collage of soul, and 40's and 50's era Jazz and Blues. Their most recent album, 'New Orleans On My Mind' is a smoky, intimate affair, as evidenced by the eloquent originals, 'New Orleans On My Mind', and 'The Little Prince'. The Michel Navedo Quartet is currently working on a new full length album scheduled for release fall of 2011.

"This is cool jazz with a few unseen turns to make it compellingly addictive."

"filled with gorgeous ballads and waltz's that shows Michel's penchant for stirring melodies."

"Navedo's playing is both ethereal and powerful, occasionally adding bits of melodic levity not unlike Sonny Rollins' frolicsome playing. His bell-like tone and tight playing adds both a strong jazz and a punchy Latin spice to the band's sound"David Lynch-The Austin Chronicle