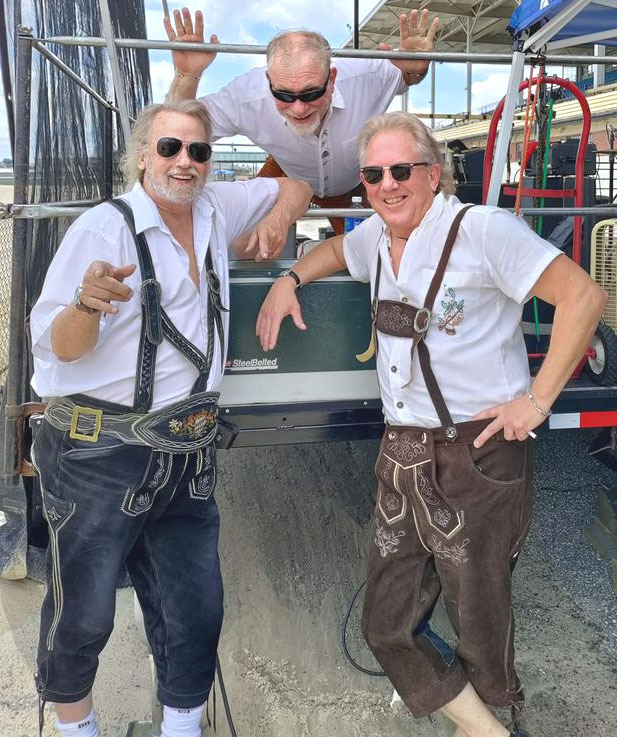 Mike Surratt and The Continentals

Versatile is a word frequently used to describe Mike Surratt and The Continentals of Washington, D.C. Their vast repertoire encompasses innumerable Polka and Waltz selections of various European origins, in addition to over 50 years of popular music favorites reflecting their diverse musical influences. Indeed, the group's sound is not just German, purely Polish, or simply Slovenian, or pigeon-holed into any one single category, but is instead a unique blending of many cultural influences, creating a truly continental sound.

Fun is another adjective often associated with Mike Surratt and The Continentals. The band's irresistible personality and teasing humor transcend the stage and blend with the audience creating a festive atmosphere for all.

Mike Surratt and The Continentals perform at many festivals,concerts and dances each year, from South Dakota to Florida, and many points in between. They have had the pleasure of hosting nine caribbean cruises and producing seven recordings. Their last three recordings have received airplay on over 400 radio stations across North America.

The band recently marked it's 49th Anniversary. During their 20th Anniversary celebration, the group received a special Governor's Citation for over two decades of musical excellence. With its distinctive continental sound, the band has carved its own niche in Polka music, and is ushering in a new era of Polka for all to enjoy.