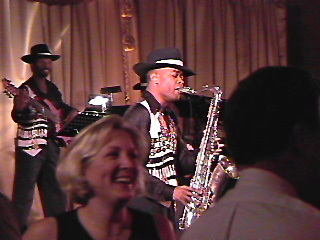 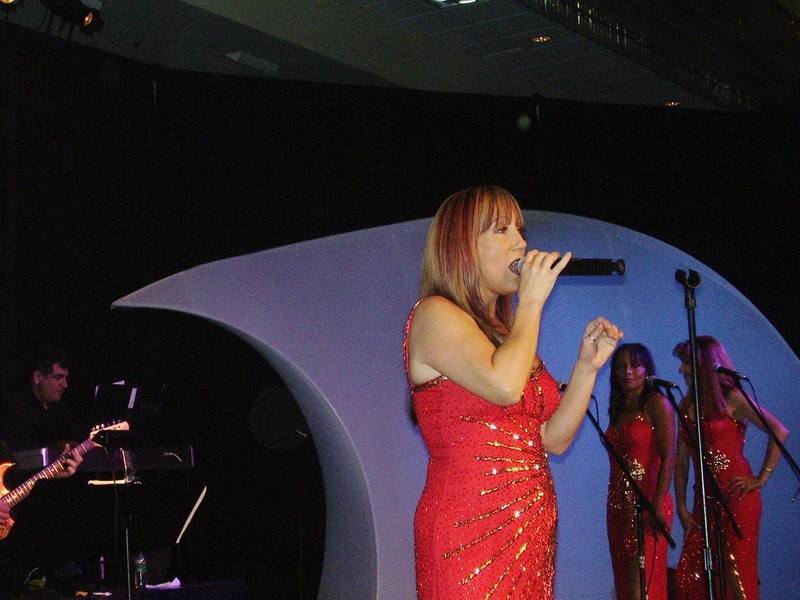 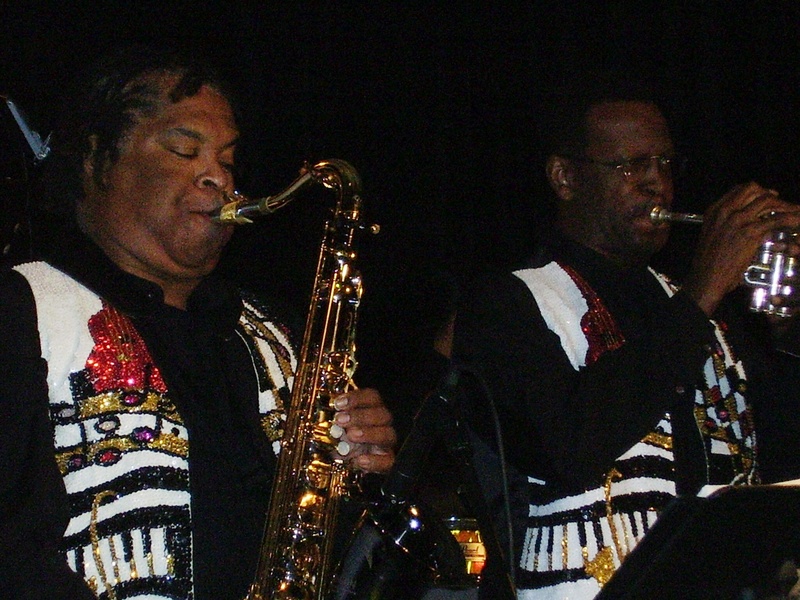 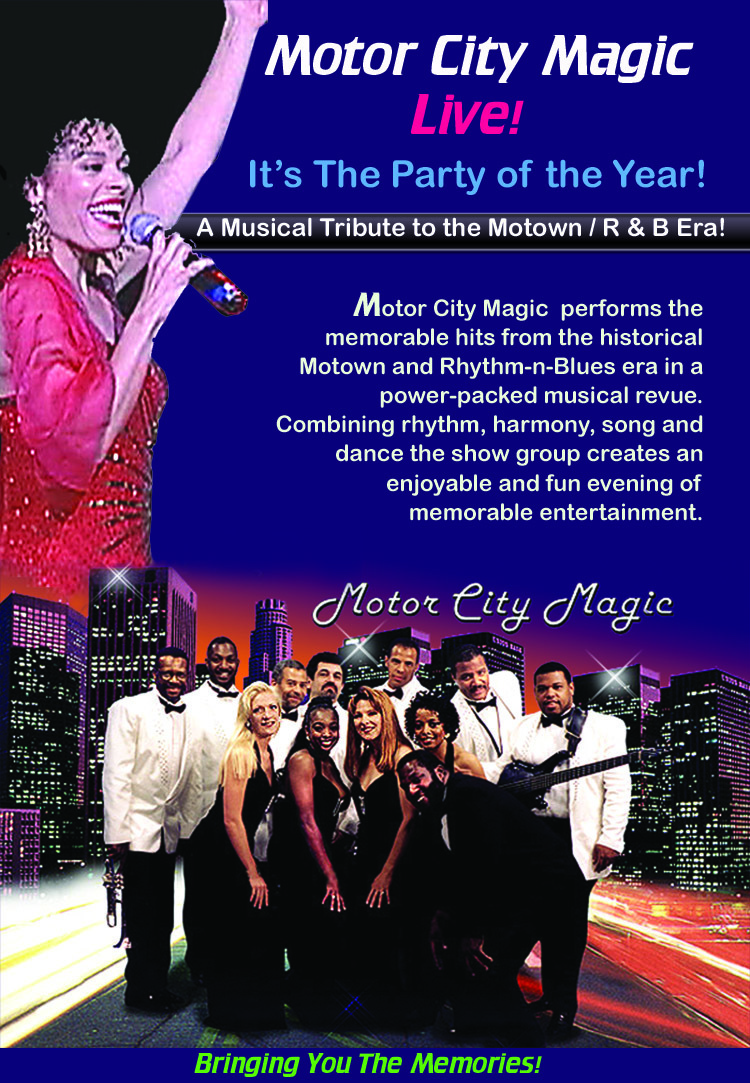 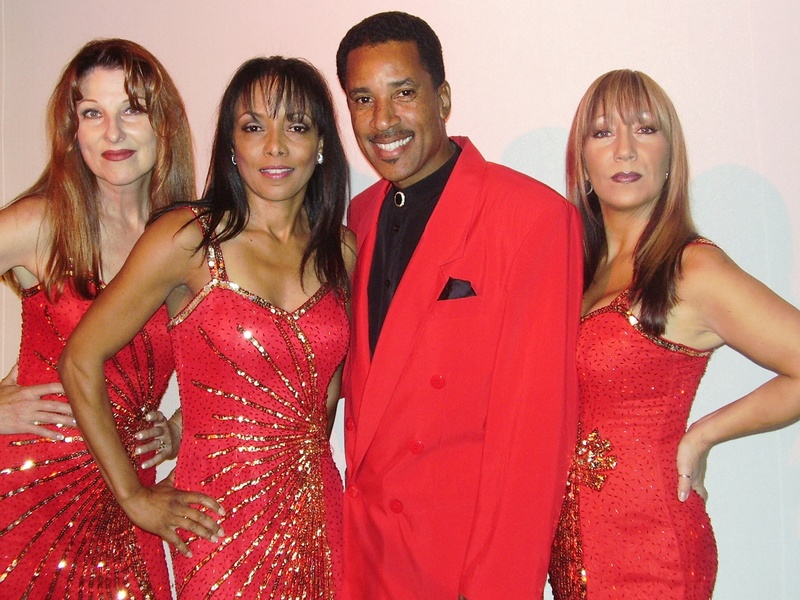 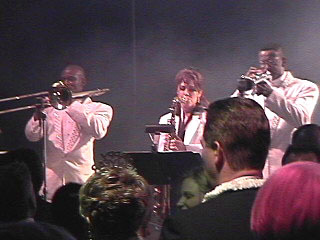 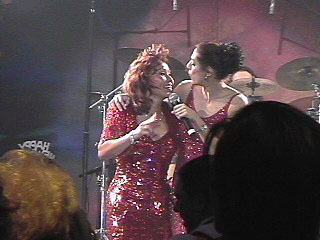 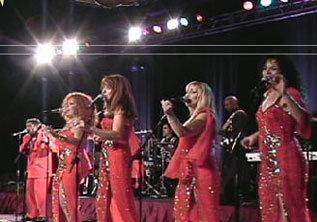 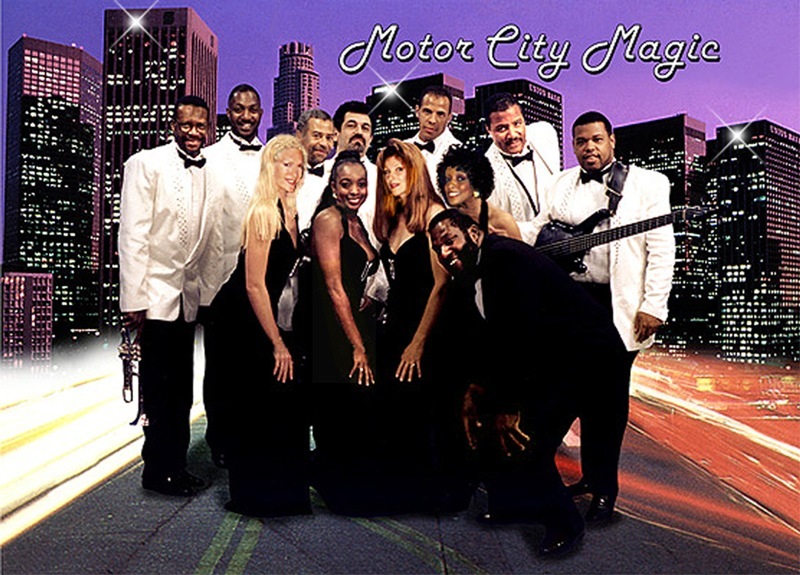 
Motor City Magic, since 1987, is Celebrating 25 years of entertainment excellence. Motor City Magic is different from most cover bands because our performers have actually toured with the original Motown artists. Such Motown artists include: Diana Ross, Natalie Cole, The Four Tops, The Temptations, Aretha Franklin, Whitney Houston, to name a few. They bring with them the experience and sound of those artists.

Our clientele list is extensive (100+) and includes Fortune 500 companies such as Hitachi, Cisco Systems, Bell South, Berry Gordy, Jr. (Motown Records), NCR, 20th Century Fox, The Emmy Awards, Apple, Roche Laboratories, Pepsi, Quaker Oats, Coca-Cola, Chrysler, BMW, Magic Apparel Convention, AARP and the Fiesta Bowl to name a few. Participants have stated, “Motor City Magic was the highlight of the evening.” “It was the best show we have ever experienced.” “No one moves the music and the crowd like Motor City Magic", Wynell Austin, Bell South


Make your event a success, let Motor City Magic add that magical touch and bring it all together.