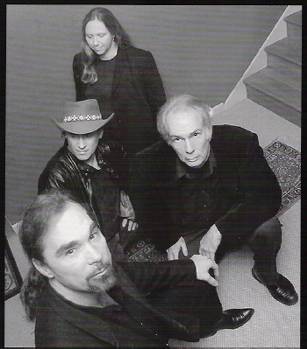 Based in Stanwood WA
rhythm and blues, blues

“Many a bluesman paid backbreaking dues chopping cotton in the flat Delta fields of Mississippi and Arkansas. There was no cotton crop to tend to in the grimy rust belt town of Youngstown, Ohio in the 1960's, but there was grinding, dirty work for some, as human grist in the mills of U.S. and Republic Steels. It was this dismal blue-collar legacy that Nick Vigarino was born to.Vigarino had his way out of this existence before he even knew it. Nick fell into possession of a battered guitar, feebly equipped with one string. As fate would have it, he learned to play the guitar in the exact same way as a hundred seminal blues musicians had two generations before him, on a homemade one-string diddley bo. With a poet's fierce commitment to birthing his own music, he continued to play on ever-improving instruments the angry and mournful melodies in his head, carrying his music into the bars and roadhouses of Ohio, Pennsylvania, and West Virginia.Impressed with the Northwest's clean air and unspoiled mountain vistas, Nick drifted to Seattle, where he quickly won respect for his refreshingly original songs. Encouraged by the interest in his cutting-edge approach to the blues, he formed Meantown Blues. Now, thankfully, there is an audience for Nick's clearheaded music as he finds himself rushing back and forth across the Northwest and beyond, serving up solo and ensemble music on the stages of bar rooms, concert halls, festivals, and regional television.” - Ray Varner - (Blues Historian, Ethno-musicologist, critic, and writer for Living Blues Magazine, Jefferson - Sweden, and Caledonia).Vigarino has released three recordings of original material, several collaborations, has performed in 11 countries on 7 different European tours, and has garnered numerous music awards.The Music"He's been compared to Ry Cooder and Leo Kottke. his style is a fusion of the Chicago and the Delta blues. . hip-hopped up with an amplified acoustic bottleneck, wailing against a VERY funky bump-and-grind rhythm section. The sum of the whole is nothing less than marvelous. A must hear." - Victory Music Review "Nick Vigarino is where country blues meets the year 2000" - Long John Baldry"Vigarino's guitar masterwork (particularly on dobro and slide) ignites tunes like Louisiana Breakdown, and his baritone vocals range from world-weary John Doe (of X) to soulful Delbert McClinton" - Jazz Times"Slide guitar with the virility and passion of Son House, combined with a jolt of addictive funk." NPR - KPLU, All Blues "Vigarino manages to combine rockabilly, ballads, and the blues, giving you a feel for what this wild man is capable of on stage and in the studio." - Blues To Does"He's original, he's unpretentious, he ain't no poseur or imitator and he's not afraid to sing his mind with 'politically incorrect' lyrics." - Real BluesThe BandRob Moitoza - San Francisco, Ca. Tower of Power, Sugarloaf, Lee Ritenour, The Sons of Champlin and Holly Near are just a sampling of the thirty plus record albums Rob has appeared on as a bassist, vocalist and songwriter. His prolific songwriting has earned him Billboard notoriety, and he has extensive credentials in engineering and production of pop, soundtracks, and radio and television advertising. Rob has been a band member of the Spencer Davis Group, Kiki Dee, Lydia Pense and Cold Blood and the Sons of Chaplin. Rob's extraordinarily melodic approach to the bass centers this music beyond groove.Sue Orfield - Menomonie, WisSue's vibrant stage presence combined with her sparkling to sultry solo work inevitably dazzles audiences of every intellect. Her hungry and enlightened musical personality keeps her scholastic proficiency and soulful spontaneity equally balanced. Sue has performed with a variety of artists ranging from Dizzy Gillespe and Clark Terry to Ann Wilson and the Indigo Girls. An accomplished composer, arranger, and teacher, Sue was also recently awarded "Best Horn" from