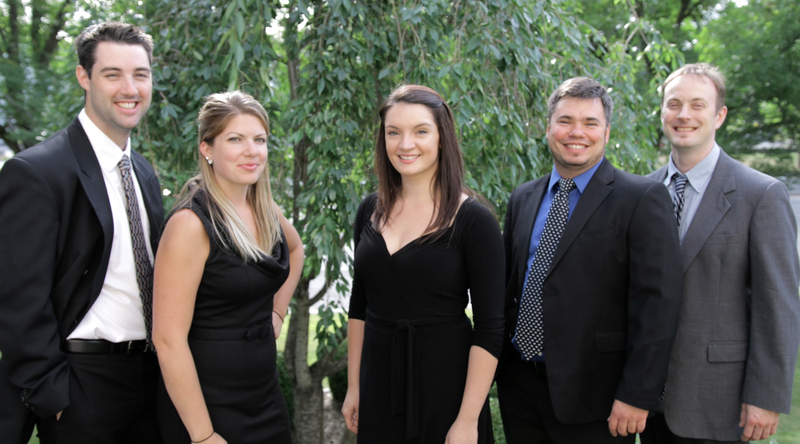 
No Big Deal is comprised of five formally trained musicians with a diverse repertoire that pleases audiences of all ages. From birthday parties to weddings, we provide the high-energy music that keeps guests on the dance floor all night long. We can arrange a sophisticated jazz trio for cocktail hours as well as a full rock/dance band with guitar, bass, keyboards, drums, and our lead singer.

No Big Deal plays popular favorites from every era. From romantic ballads to funky dance beats, our song list is sure to please. Our resume includes performances at informal venues as well as resorts, country clubs, beach clubs, and private parties. We work with clients to tailor our performance to their specific needs. So sit back, relax, and enjoy the party.

After all, it’s No Big Deal!

We hired NBD for our wedding without hearing or seeing the band play live and we couldn’t have been more pleased with the outcome. NBD performed, DJ’d, and MC’d at our wedding. The dance floor was constantly filled with our guests having a great time, which is what every bride and groom wants. Our guests are still commenting on how much they enjoyed the music. We’ve heard comments from our guests such as: Boy, can they play!

No Big Deal was our band for our wedding. We can’t say enough positive things about them! So many of our guests approached us to rave about the band and they had the dance floor hopping all night! I know I didn’t leave the dance floor much as the bride that night! One of the things that set this band apart for us was that they were willing to learn 3 songs outside of their repertoire for us. It allowed us to further personalize our wedding by making sure that we had the songs that we really wanted – especially for the Father/Daughter and Mother/Son dances. They were an absolute pleasure to work with and I hope to experience them at another event!

Lauren Brown is a performer and elementary music teacher from Danbury, CT. She started performing in musical theater productions for the public high school in her home town at the age of 14 and later became an annual Player at the Brookfield Theater for the Arts. Lauren has had principal roles in the community musical productions of Pippin, Hair and Rent. Along with musical theater, Lauren is an accomplished classical performer, singing/soloing in local church ensembles and weddings and in her spare time instructs group fitness classes with the Connecticut Martial Arts school in Danbury. Lauren attained a Music Education degree from Western CT State University with a concentration in Classical Voice, and is currently teaching music full time as well as performing in local A Cappella groups as the musical director and featured soloist/ensemble member. A lover of all genres of music, Lauren is very excited to start a new chapter in her musical career with the totally awesome band No Big Deal!!!!!

Stephanie Biello is a professionally trained and accomplished musician. She holds a bachelors degree from Western CT State University in Music Education as well as a Masters of Music Degree from Purchase College in NY. Stephanie has performed all over CT for many years. You can find her playing solo piano at local bars and restaurants, fronting her original band, or performing with No Big Deal, which she has done since the band was founded in 2006. As the keyboard/keytar player in No Big Deal, her many talents add to the bands flavor and contribute to their well polished, unique sound. Stephanie is currently a private piano instructor, an accomplished composer/ arranger, and a founder and co-owner of The Southbury Music Studio. She has written and recorded a multitude of original music. Her creativity is truly a great asset to No Big Deal.

Alex Faulkner holds a bachelors degree in Guitar Performance from Western CT State University. He has been a performing musician since the age of 13, and has professionally studied jazz, rock, and classical music. He has been a full time guitar instructor throughout Fairfield County since 2002, and he is a founder and co-owner of The Southbury Music Studio. Alex founded No Big Deal in 2006 with the intention of providing top notch entertainment by accomplished musicians. In addition to playing with No Big Deal, Alex can also be found performing throughout CT with original rock and jazz groups.

Frank Brocklehurst grew up in Manchester, England, and was introduced to music at an early age through his musical family. After studying music at the Royal Guildhall in London, Frank emigrated to the USA and attended W.C.S.U where he studied jazz performance. He currently teaches, composes and performs throughout the New England area with various funk, Brazilian, jazz and rock bands. Frank’s list of past and present musical collaborations include Charles Neville – Neville Brothers, Rico Lewis – Parliament, Joe Bouchard – Blue Oyster Cult. His other passion is building and repairing musical instruments.

Ryan Dunne grew up in Shelton, CT where he began showing interest in percussion. With drum kit his main focus, Ryan began to study classic and modern rock music. Towards the end of high school, Ryan expanded his musical boundaries and reached out to musical genres such as jazz and hip hop. After graduating high school, Ryan began to study jazz drums at Western CT State University. While studying at Western, Ryan had the opportunity to perform with jazz greats such as Jimmy Heath, Cedar Walton, Jimmy Greene, Chris Morrison, Dave Scott, Andrew Beals, and many more. Ryan is currently teaching music full-time, as well as performing as a sideman in several local jazz groups in addition to drumming for No Big Deal.