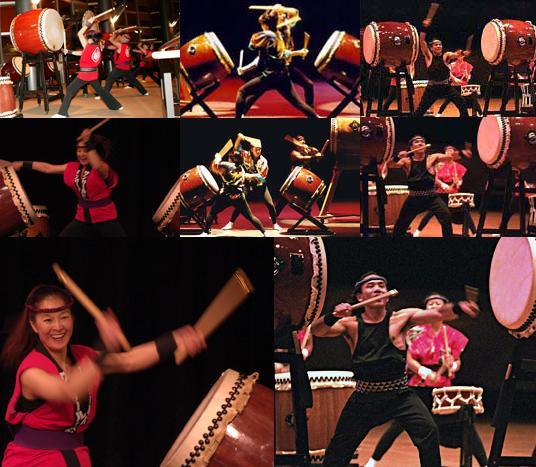 One World Taiko presents a contemporary style of Japanese drumming that incorporates dynamic and fluid movement as well as heart pounding percussion. The music is drawn from Japan's ancient tradition of lively and spirited festival drumming and One World Taiko's own creative rhythms, arrangements and choreography, adding a modern spirit to the ancient tradition of taiko. Their repertoire includes traditional pieces and their own original compositions infused with contemporary rhythms from their love of jazz and world music. They perform on traditional Japanese instruments such as odaiko (large drum), chudaiko (medium sized drum), shimedaiko (small, rope-tied drum), shinobue (bamboo flute) and Japanese percussion instruments such as atarigane (brass gong), chappa (hand cymbals) and hyotan (gourd shaker).

One World Taiko was formed in 1990 and is directed by Gary Tsujimoto and Nancy Ozaki. They have performed in Japan, Europe and throughout the United States including 4 years as resident taiko drummers at Walt Disney World's Epcot Center in Orlando, Florida. The group is now based in Denver, CO.