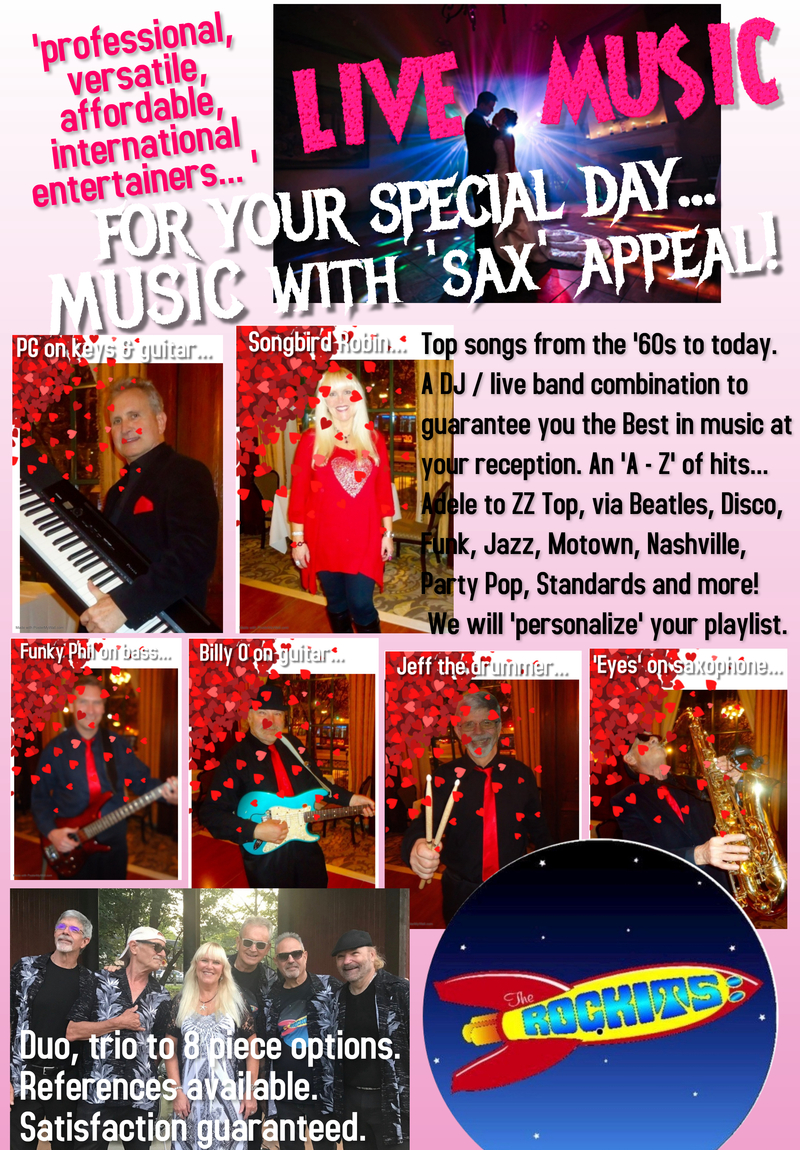 PG and the Hot Tips


PG formed his band which released four singles on CBS in the '80s in New Zealand then moved to the USA in the '90s to produce for National Geographic TV. He leads a talented line up of pro performers who specialize in versatility and variety at an affordable fee. PG plays guitar, drums, keyboards and sings.

My talented singing partner ROBIN BROWN and I specialize in Music and Video production, from parties and weddings to corporate events and cruises, with various combos performing two to ten pieces... PG ...'perfection guaranteed'.

We love to make Music, with experienced musicians in the D.C. area. We aim to bring YOU the very Best in Entertainment. Recent engagements have included a season as the singing drummer with top Beach Boys tribute STILL SURFIN', jazz at GU, DC Convention Center, Dutch, Swedish, Australian embassies, steel drums at The Hilton, lavish weddings, and drumming with The Star-Spangled Dixieland Band at The Natural History Museum. Recent clubs include JAMMIN JAVA, Clyde’s, JVs, Lost Rhino, Paradiso, UGLY MUG, Mac Dowells, Blu 1681, and Vera's. And we play fun private parties, reunions, and galas. Most recently, we played VIVA VIENNA, DC MARATHON, OKTOBERFEST, and the N.A.C.E. DC '80s Gala. I backed KE$HA at The Planned Parenthood Convention in DC and performed in The Rainbow Room in New York.   We did THE DYLZ and THE FABZ, our Bob Dylan / Beatles tributes, with sold out shows at JAMMIN' JAVA.   And we produced CHUCK BERRY and TOM PETTY Tribute Shows, plus 'Best of British' and 'Swinging Sixties' parties. The PG AND ROBIN duo is ideal for cruise ships, we are as happy playing locally or to be on a plane, bound for a beach wedding in Florida or corporate function in Cabo. In February we'll be performing in Australia and NZ... We offer a variety of combos, each perfect for that special occasion, be it a wedding, party, bar, club, soiree, or corporate event. And if you need a video produced, I'm your man!

I look forward to our meeting and my customizing the music affordably, professionally, and reliably... especially for YOU.