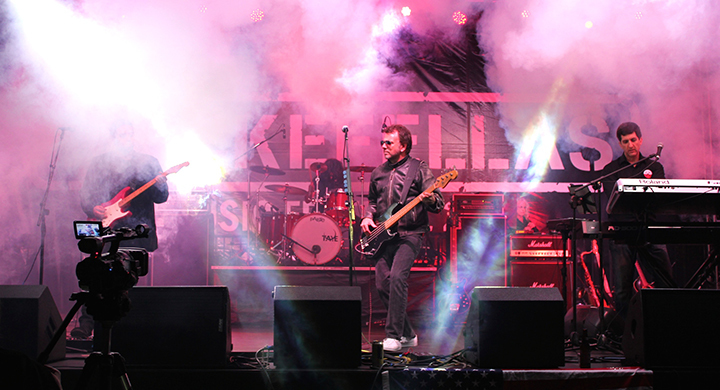 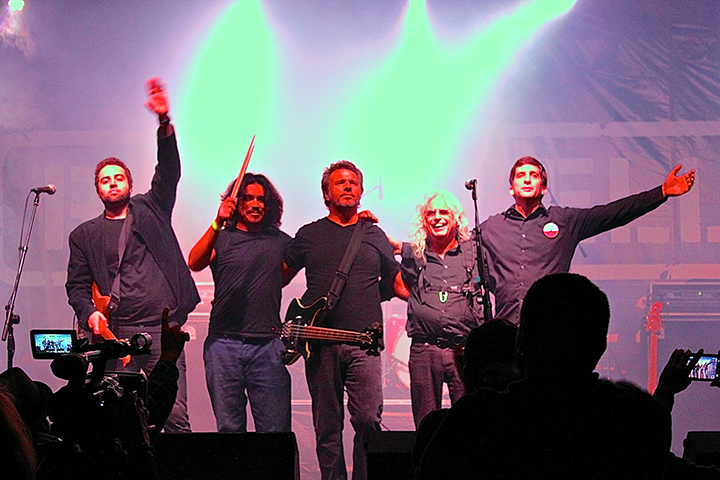 PINK FLOYD SOUND is a tribute to the incredible, energetic and mind-blowing music of Pink Floyd. Sit back and listen to songs from The Wall, Dark Side of the Moon, Animals, Wish You Were Here and other classic Pink Floyd albums. No other band in history has created a more eclectic or iconic sound than Roger Waters, David Gilmour, Nick Mason and Richard Wright. And what hasn't been said about the stage shows of Pink Floyd? From the set designs, laser shows, sound effects and massive production - a Pink Floyd Show is something that no one will ever forget.

PINK FLOYD SOUND was formed in 2011 to recreate those live performances. From both the early years when four of the greatest musicians took the stage to the later years which included female back ups, added musicians, fantastic set dressings and lasers, lasers, lasers. Vince Discala (as David Gilmour), Sammy Burke (as Roger Waters), Robert Victor (as Richard Wright) and John Tayra (as Nick Mason) bring you the music as stage performance of Pink Floyd.