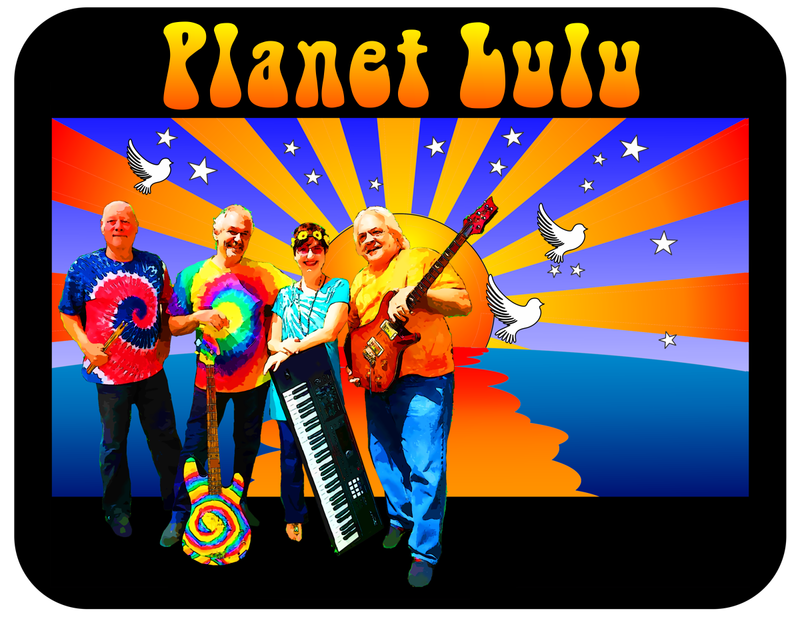 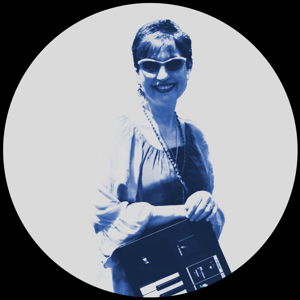 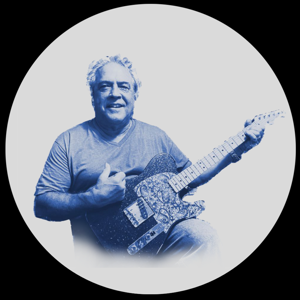 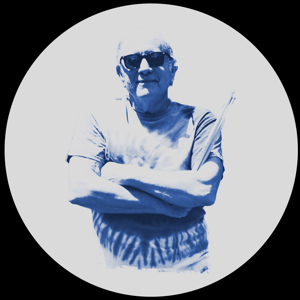 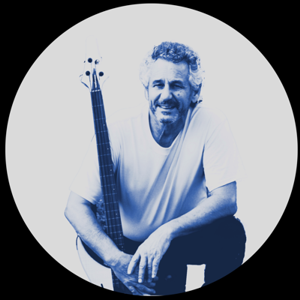 
Planet Lulu is a 4 piece rock band embracing the style of Sunshine Pop. The band features seasoned musicians with Lu White on vocals and keyboard. Sunshine Pop is a subgenre of pop music that originated in Southern California in the mid-1960s. Sunshine Pop acts expressed an appreciation for the beauty of the world. Typical of this genre were the Mamas & the Papas and the 5th Dimension, groups characterized by 3 and 4 part harmonies. The music is evocative of 1967's Summer of Love.

“In my 35 years of hosting St. Patrick’s Day at Duffy’s Tavern in Miami, I have never had so many patrons tell me what a great band we had. Thanks Lu and Friends!” – Wayne Russell, manager of (the original) Duffy’s Tavern

“Lu sings like a dream.” – Paul Vance (Songwriter Hall of Fame Nominee with hits for Perry Como and Johnny Mathis)

“Lu and her band were a perfect choice for the city’s 4th of July celebration.” – Jim Borgman, former Miami Springs City Manager

“Lu sings with the clarity of crystal and the freshness of a waterfall in spring. It is sensual and sincere.” – Dr. Irena Kofman, world renowned pianist and winner of the International Chamber Music Competition, Latvia

Lu is a polished professional vocalist with a silky smooth voice. She studied voice for 7+ years with Karen Rassler of the University Center for the Performing Arts in Fort Lauderdale and then continued her vocal training for another year under the guidance of Carol Caselle, a theatrical and pop singer who holds a Master’s Degree in Voice from the University of Miami.

Lu began singing in church as a child in New Jersey. Since moving to South Florida in 1994, she has sung with some internationally renowned musicians including members of the Florida Philharmonic and world-class chamber musicians. She has opened for such notables as Frankie Valli, Joey Dee and the Starlighters, Frankie Avalon and Johnny Contardo of Sha Na Na.

In addition to singing with Lu White & Friends, she has also worked with some of the most talented musicians in South Florida. These include the Sonny Mange Orchestra, Les Blachut’s International Polka Band, and in January of 2014, she joined the Fabulons, South Florida’s premier party band.

Lu sings in many languages; she also plays keyboard, guitar and ukulele.

As if she isn’t busy enough, Lu is also the Music Director for St. Bernard Catholic Church in Sunrise.

Lu is a dog lover and often donates her talent to promote animal rescue. She is available to perform at fund raisers for dog shelters and organizations that save dogs from euthanasia.

Richie grew up in Farmingdale, Long Island where his parents owned the local record store. He was infected with R & R when he listened to the drums on “Hey Baby” by Bruce Channel. He has been playing in bands since he was in his mid-teens, some of them opening for Sly & the Family Stone, Lovin’ Spoonful and Vanilla Fudge.

With his horror-character band The Children of The Night & later as Monsters, they recorded a few LPs, appeared on tv and toured Canada.

He moved to FL in 1979 and continued to record and tour. In 1985, he put together the house band for the Brickyard West; that band was the Fabulons, which became extremely successful, still plays today, and now includes Lu. They’ve met such notables as Oprah Winfrey and Dick Clark and appeared in the movie “The Boynton Beach Club.” The Fabulons were a featured band at the 50th Anniversary of “Where the Boys Are” on Ft. Lauderdale beach. Coincidentally, Lu’s former band The Lu White Band, also played there.

Richie’s latest gig is with Lu White & Friends and he vows to continue playing drums as long as he can!

The night the Beatles appearance on The Ed Sullivan Show changed America, it also changed Jim. He put down the accordion and picked up the bass. McCartney's melodic bass lines continue to influence his playing, along with a knack for playing “in the pocket.”

At age 14, he appeared on a local Syracuse TV show called "Bud Ballou" and he has never stopped playing and singing.

Jim moved to Florida in 1978, where he was in the house band for the Abbey Road restaurants. He has played with numerous bands till the present day, and he is a welcome member of Lu White & Friends.

He is an avid guitar collector and he has, “many, way too many.”

Joseph J. Medeiros is a life-long guitarist and one of newer acquisitions. Joe started playing guitar when he was 12 years old. Less than a year later, he joined his first band, ‘The Wild Ones”, with some of his schoolmates in Portsmouth, Rhode Island.

Growing up, Joe played in greater-Newport’s local clubs and later expanded his musical reach in that region. Joe’s gig venues were impressively varied ranging from performances at The Cheetah in New York City to private events on Martha’s Vineyard. He played throughout the Northeast with UnLoved, Magnificent Fruit Pigeon and SwanFarm, sometimes opening for many large national acts.

Joe put aside “band life” for a while to yield to family and career, but he kept his music alive and his skills honed in his home studio. After relocating to southeast Florida, Joe enthusiastically revitalized his passions for performing in a live band by playing guitar and singing with a new group, NyteOwl, entertaining South Florida crowds for eight years. He has also played with BlindSpot, DejaBlue, Upshot, Simply Tina and “The Big Man” Clarence Clemens in a variety of Florida clubs and major events.

Joe brings personality, sound, style & stage presence. His love of music is obvious both on and off stage.