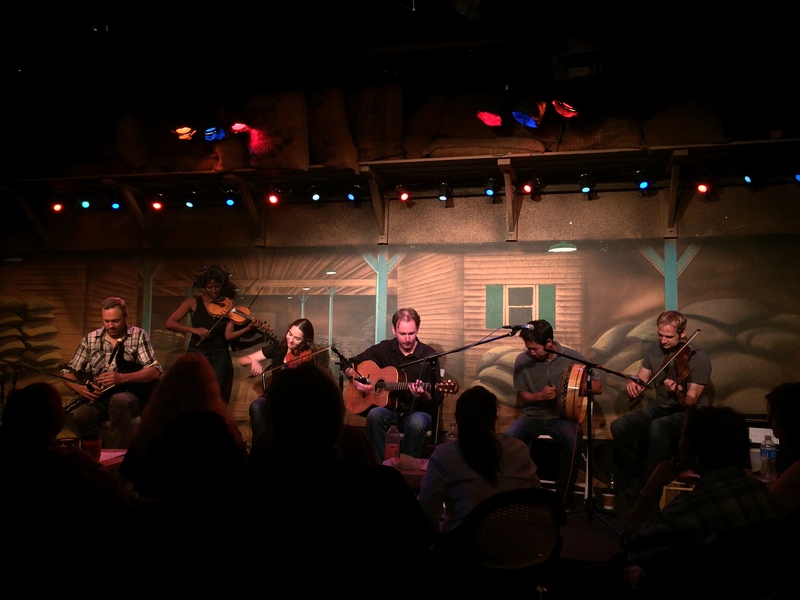 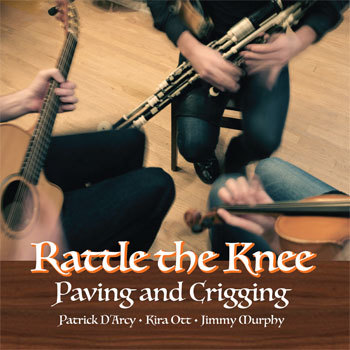 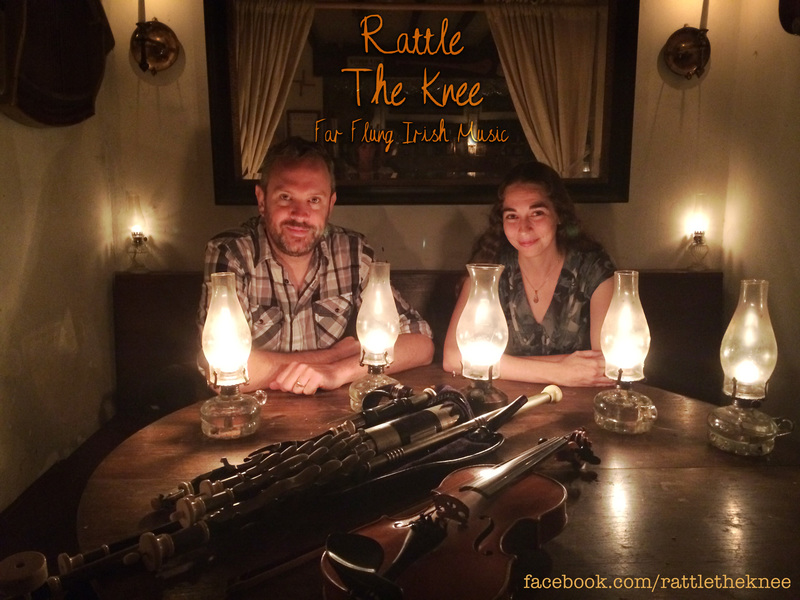 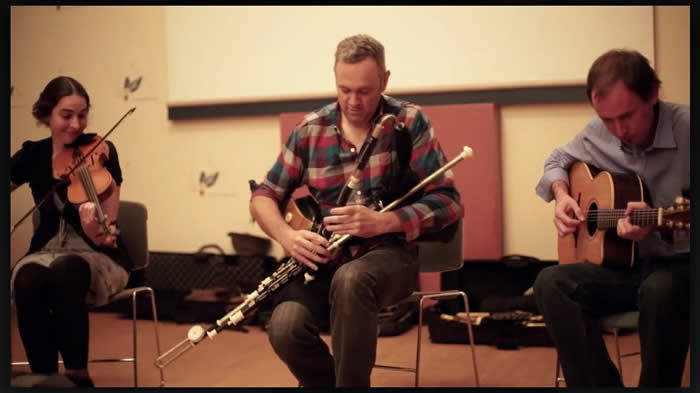 Rattle the Knee brings the traditional music of Ireland to the far western shores of America. It's members have performed in well known local venues including the LA Music Center and the Ford Amphitheater, places around the country including the Grand Ol' Opry & Carnegie Hall, and far off places including The Royal Albert Hall and the pubs and stages of Japan.

The band name derives from Séamus Ennis' wonderful story "Don Nipiri Septo"
Patrick D'Arcy hails from Dublin Ireland but has spent most of his musical life as a very influential uilleann piper of Southern California. He tours regularly both nationally and internationally and has appeared on numerous recordings. His solo album, "Wallop the Spot" has received critical acclaim and radio play both in the US and in Ireland. He is a founding member of the Southern California Uilleann Pipers Club and teaches locally, remotely (via internet) and around the country at uilleann piping tionóil (gatherings).

Kira Ott is a fiddler from Los Angeles and has been very active on the LA Irish music scene for many years. As a child she studied classical viola, but left that behind to play Irish music as a teenager. After spending many winters traveling to Donegal Ireland to learn at the Frankie Kennedy Winter School she took a few summers festival hopping around Ireland, learning and playing with many of the greats. She has performed and toured with numerous bands and teaches locally.

Pat and Kira have been playing pickup gigs together for many years while each played in other bands. Finally, under the name Rattle the Knee, they decided to make their music official. They've teamed up with Jimmy Murphy and Rattle the Knee was complete.

Jimmy Murphy, guitarist and mandolinist extraordinaire, has been a cornerstone of the traditional Irish music scene in southern California for over a decade. He has appeared in performance venues from the Ford Amphitheater in Los Angeles to temples in Japan. He has performed on KPFK's "Global Village" with Eric Rigler, on KPFK's "Folkscene" with Mick Moloney and as part of the band Ciúnas, and live on KCSN's "Tied to the Tracks". Jimmy spent two years as a contracted musician in Japan; first as a soloist for Tokyo Disney Sea, then as a member of a band for Universal Studios, Japan, and finally as a key member for a four piece band again at Tokyo Disney Sea. He is the go-to guitarist for most Irish musicians in LA and has performed with both Pat and Kira in many musical configurations.

When you see Rattle the Knee, you will hear uilleann pipes, fiddle, and mandolin playing old dance tunes with driving rhythms on bódhran and guitar. Mixed in will be songs, marches and slow airs and maybe a story or two along the way.

Their debut album "Paving & Crigging" is set to be released August 1st, 2017. Unique, as the entire album is in the low-low key of B natural. Uilleann pipes, fiddle and guitar resound in this mellow key, once the standard key for the tunes being played here, perfect for Irish traditional tunes.