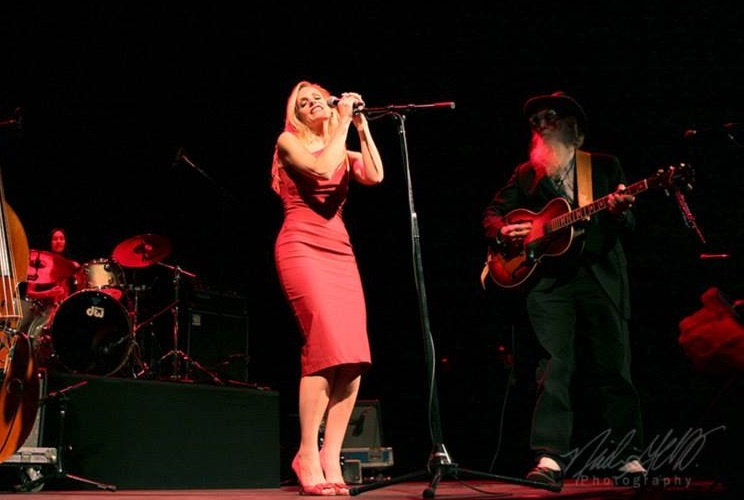 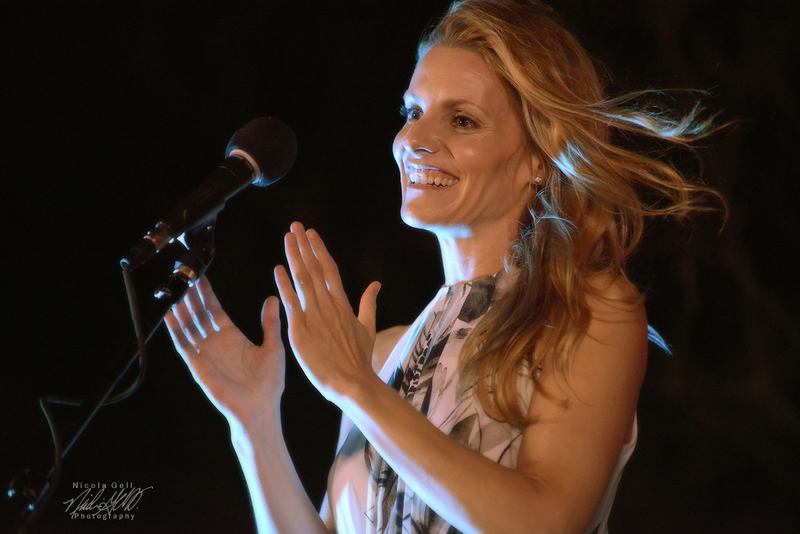 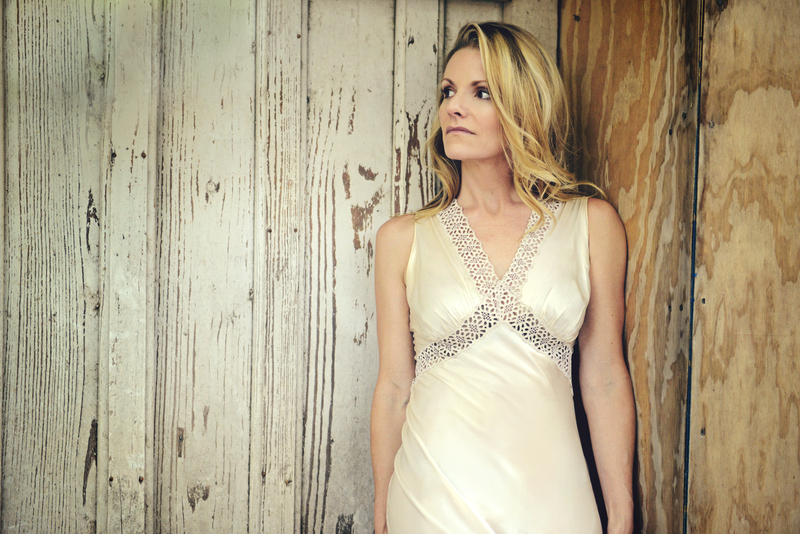 Hidden beneath the marquee-lit moniker of “Live Music Capital of the World,” there is a powerful undercurrent. With so many talented musicians calling the same place home, it’s inevitable that, in addition to the singer/songwriters and country music chart-seekers and indie darlings, there should be other genresde regular part of the radio dial, it definitely has more than a few places to hang its hat – Parker Jazz Club, the Continental, the Skylark, and that age-old proving ground for every musician who thinks they’ve mastered the genre, the Elephant Room. An almost secret realm thrives on those stages and in those rooms, reminiscent of classic days with blue notes and bourbon flowing, and a trumpet man or sax virtuoso reign over every space their sound reaches.

If there is a torch-bearer of this hidden kingdom of jazz, it would be Sarah Sharp. A veteran of the aforementioned jazz palaces – including a regular set at the Everest of Austin’s Jazz scene, the Elephant Room – Sharp’s intoxicating voice has been a mainstay of the band Jitterbug Vipers long enough to cement her place among Austin’s elite music-makers. She frequented the confluences of culture that are SXSW and the Austin Film Festival, getting her vocals into other creative endeavors while building a life and a reputation alongside the band mates and the loved ones she called her own. Her reign has been on a slow and steady climb, and it wasn’t until a sequence of life-altering events visited her that anyone expected anything but a jazz dynasty.

Her closest Jitterbug Vipers bandmate, Austin legend Slim Richey, passed in 2015, casting a pale pallor over the music to come, as Sharp’s life would no longer have Richey’s vibrance, talent and friendship close at hand, but, as with all great jazz musicians, Sarah took the cacophony and harnessed it into a new musical thread. Without Slim, the Vipers have faded into history as she prepared to strike out on her own.

Singer-songwriter and jazz chanteuse Sarah Sharp is moving on. After a seismic series of unplanned changes, the award-winning artist heads into the future with four EPs that, when threaded together, reveal the surprising span of her artistry. With bold vulnerability, these sophisticatedly accessible EPs also document a profound time of change, and point the way to what’s next for the Austin, Texas-based artist.

“I am on the other side of a transition,” Sarah says affirmatively. “I’m more aware, present, and in touch with my authentic self. This is a new chapter in my life.”

Sarah has recorded, performed, and composed in a variety of guises. She is a solo artist, a film and TV composer, and, most visibly, Sarah as the stunning siren fronting the acclaimed combo the Jitterbug Vipers, a swinging act who specialize in conjuring playfully irreverent 30s and 40s jazz cool. She left Jitterbug Vipers after the passing of the band’s founder and Texas’ “Most Dangerous” guitar player, Slim Richey. Marquee highlights in her commercial composer resume include placements in campaigns for Chanel, Dell, Kia, ABC’s Revenge, and E.L.F. cosmetics, and TV synch features on The Good Wife, Cable Girls, and Grandfathered. As a solo artist, and a former member of the Jitterbug Vipers, Sarah has topped the Austin music award charts as “Best Female Vocalist,” “Best Producer,” “Best Songwriter,” “Album of the Year,” “Song of the Year,” “Band of the Year,” and “Best Jazz Band.” In addition, Sarah has been featured on NPR’s “Song Travels with Michael Feinstein” where Feinstein praised the timeless quality of her originals, suggesting they were destined to become standards. Recently, Sarah has been featured in Paste Magazine and No Depression.

Her latest EPs were written and recorded in the wake of challenging endpoints. In quick succession, Sarah’s beloved Jitterbug Viper bandmate, and musical soulmate, guitarist Slim Richey, died; her marriage dissolved (amicably); and her mother passed away. The songs on these EPs represent both “trying to get through” and “brand-new day” sentiments. “I had so much going on personally during this time, and the creative floodgates just opened up for me—songs kept coming out,” Sarah says.

The epiphanic moment for this creative outpouring began as Sarah was folding laundry while, in the background, her

her Jitterbug Vipers drummer, Masumi Jones, jammed with Cuban by-way-of Brazil cellist/pianist Yaniel Matos on a head-spinning dose of way-out jazz. During a subdued moment in the fringe jazz jam, Sarah stepped for some straight-ahead swing. Instantly, she felt electric creative synergy between her and Yaniel. After he left, she couldn’t stop thinking about the music they played. “He contacted me when he got home and said, ‘I think we are supposed to do something together.’ I felt like I was proposed to,” Sarah says with a good-natured laugh. She later took a cheap flight to Brazil to write songs with Yaniel, and in 72 fevered hours together the pair wrote and demoed 7 songs. Yaniel later returned to Austin where the duo wrote more and finished an album. The music from these fiery sessions appears on Sarah’s fourth EP.

Though, at times, this program of EPs finds Sarah outside the snappy period-piece jazz many fans recognize from her, there are signature touches threaded throughout this body of work. Elements of swing rhythms, jazz-informed chord progressions, and the fearless spirit of jazz improvisation imbue these compositions and recordings, lending this catalog of compositions a consistency as an EP series and a logical “next step” move in her artistic continuum.

Stylistically, the EPs breakdown thusly: EP one, Wake, boasts a rootsy Americana storyteller vibe; EP two, Dream, is more pop-tinged; EP three, Sway, is jazz-standard fare, in line with her Jitterbug Vipers work; and the concluding series EP, her collaboration with Yaniel, is best described as if Norah Jones made a record with Herbie Hancock.

Sarah has issued her first two EPs to rave reviews.

The recently released EP, Sway, opens with a smoldering soul-jazz reading of the Rogers/Hammerstein evergreen “Oh, What A Beautiful Morning.” The track begins with richly voiced chord-melody guitar moves supporting Sarah’s vocals which smolder above the deft guitar work like sweet smoke billowing upward. Then, the band kicks in, and it’s off to slinky 1960s organ-jazz. Sarah revisits the sass of her Jitterbug Viper days with a slow-burn playful version of her original “Your Girlfriend Hates Me.” She and her ace band flex their imagination and jazz chops with a stunning rendition of the George Baker Selections’ “Little Green Bag” popularized in the 1992 Quentin Tarantino movie Reservoir Dogs—hold on until the chorus for the “ah-ha” moment.

Sarah’s collaboration with Yaniel is an 11-song masterwork, brimming with telepathic artistic interplay. Standouts here include Yaniel’s composition “La Mirada,” featuring lyrics carefully translated to English by Sarah, and the collaborations “For Your Love” and “Falling Apart.” Cinematic heartbreak imbues the “La Mirada,” a song that Sarah says stole her heart when she heard it on a Yaniel album. The song’s sparse arrangement with brushed drums and impressionistic piano allows ample room for Sarah’s sweetly winsome vocals. The breezy “For Your Love” features an intertwining of Yaniel’s burnished vocals and Sarah’s honeyed soulful singing. And the rollicking “Falling Apart” boasts raucous honky tonk piano and a slick horn section—the track offers forth a waggish tale of a rickety chair that requires daily reassembly.

By Sarah’s side throughout this journey has been fusion whiz, and sideman to the stars, guitarist Mitch Watkins (Leonard Cohen, Lyle Lovett, Joe Ely, Bob Schneider) playing on the EPs and supporting Sarah on her Tuesday night Elephant Room residency. Mitch has risen to be a sympathetic collaborator and future recordings will feature their deeply intuitive artistic connection.

Triumphant over loss, and reinvigorated artistically, Sarah says in closing: “This has been a rebirth for me. This music is who I am—it reveals my soul’s purpose.”