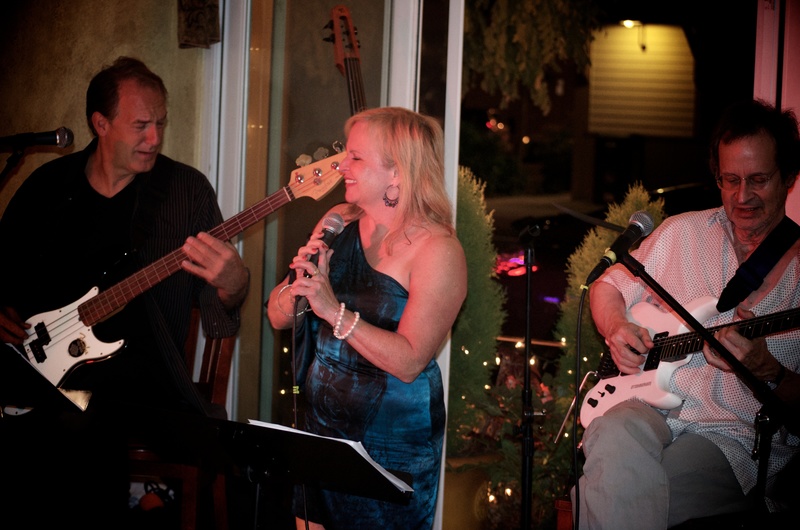 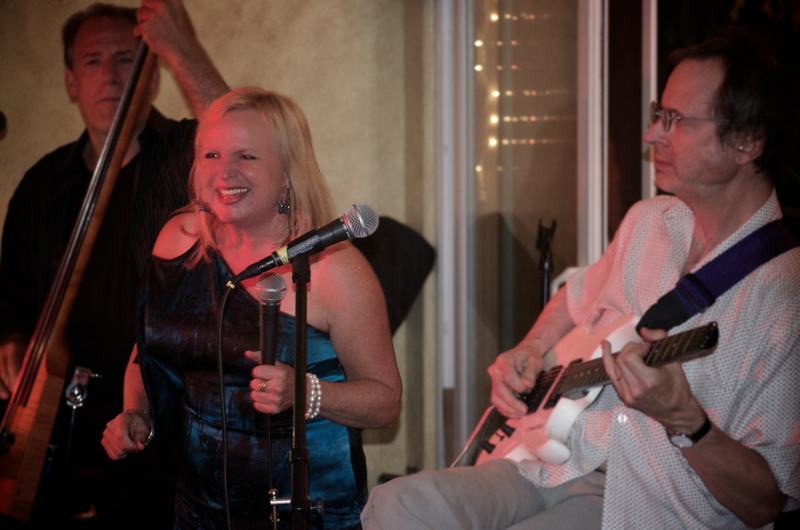 
The Seattle Live Trio is a warm, engaging and upbeat smaller group for events where something a little more intimate and interactive than a full band is desired. The group can also be a little more energetic when the occasion calls for it. It comprises singer Teri Derr, with Mark Bushbeck and John Hanford on various guitars and vocals, joined by occasional backing tracks to help create a fuller sound as needed. Teri is well known as a warm, powerful singer whose style varies from Etta James to Bonnie Raitt, and Chaka Khan to Sarah Vaughn. Her early musical studies included Cornish College of the Arts. Mark Bushbeck is an excellent and versatile jazz/blues, rock, classical, bass guitarist and vocalist who has been entertaining in the Pacific Northwest for over two decades as a solo performer and in several groups. Our own Dr. John Hanford teaches music at the University of Washington and at Cornish College of the Arts, and has for over two decades. Known for his absolute mastery and tasteful melodies and rhythms, John is one of the most sought out guitarists on the Seattle music scene. Together, these three musical wizards, blend their talents into a vast repertoire to create a memorable experience tailored to each event, and sure to please!