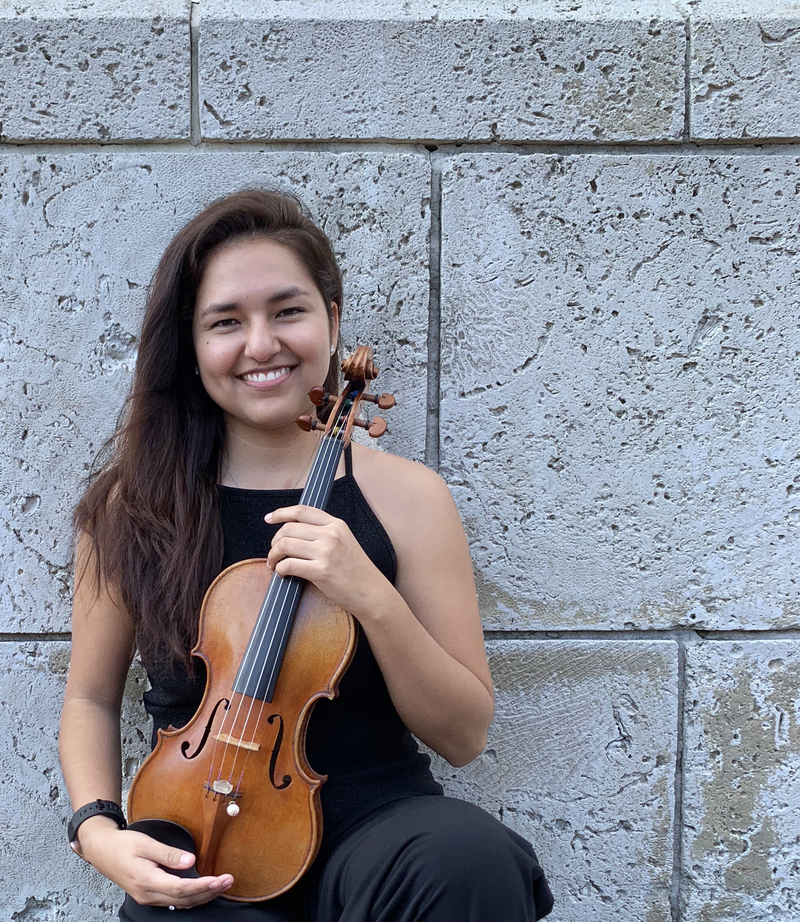 Sheena regularly travels to festivals such as the Aspen Music Festival, Lucerne Academy Festival (Switzerland), Moritzburg Festival Academy (Germany), Bowdoin International Music Festival (Maine), and the European Union Orchestra (Austria), among others. Other honors include a distinguished finalist in the 2008 Walenstein Competition and an honorable mention in the 2011 Alexander and Buono International Competition.

As an avid contemporary musician, Sheena has participated in the Charles E. Gamper Festival of Contemporary Music, the Boston Conservatory New Music Festival, and the Boston New Music Initiative. She was also hand-selected for 3 seasons, as one of the 130 highly gifted young musicians internationally, to travel to Lucerne, Switzerland, and Paris, France to participate in the Lucerne Academy Festival founded by Pierre Boulez.

Sheena also has a strong passion for string pedagogy. She recently just recorded a CD for The ABCs of Violin for the More Advanced, Book 4 with Janice Tucker Rhoda, author of the popular instruction series, the ABCs of Strings and Complete Technique, published by Carl Fischer Music.
Along with Stepan Rudenko, pianist and husband, she has formed the Sotto Amore Duo in 2011 to inspire people with their love and passion for music. They are actively performing recitals around South Florida. She joined the Sphinx Virtuosi Chamber Orchestra-compromised of Top Laureates of the Sphinx Competition- in 2011. This Fall, she will join them once again for their tour -celebrating Sphinx Organization’s 20th anniversary.

Sheena was introduced to the violin at the age of 12 with Mariana Carreras, a violinist from Havana, Cuba. She later studied with Thomas Moore, world-renowned Professor of Violin and Chamber Music at the New World School of the Arts and Professor Emeritus of the University of Miami’s Frost School of Music. She completed her Bachelor's degree at the Boston Conservatory of Music studying with Rictor Noren. And a Master's degree at the University of Miami studying with Scott Flavin. She is currently a Henry Mancini Fellow student at the University of Miami pursuing her Doctorate degree with Charles Castleman. Sheena plays on a “Kemp” Guarnerius del Gesu violin Opus 809, made by Douglas Cox, a violin maker in Brattleboro, Vermont through a Sphinx Music Organization loan.