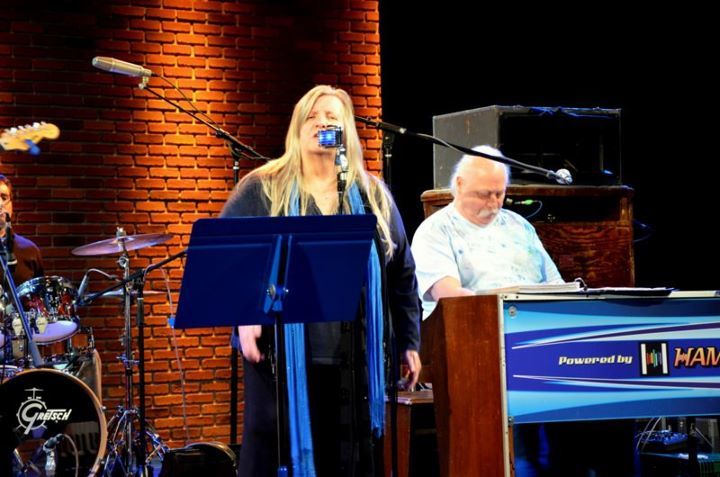 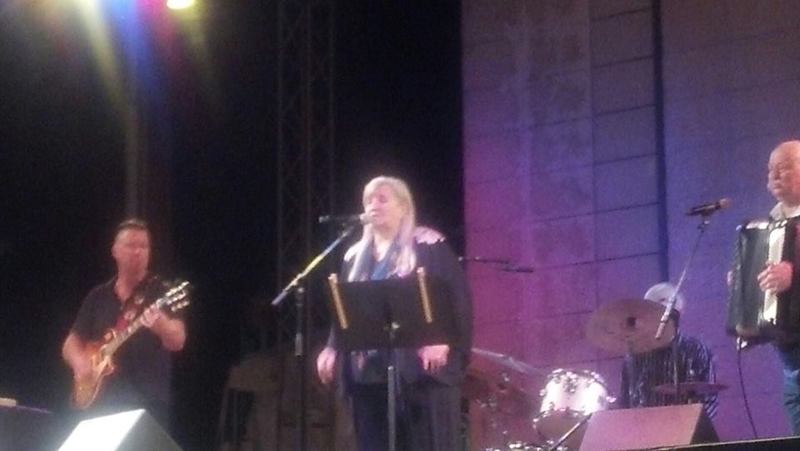 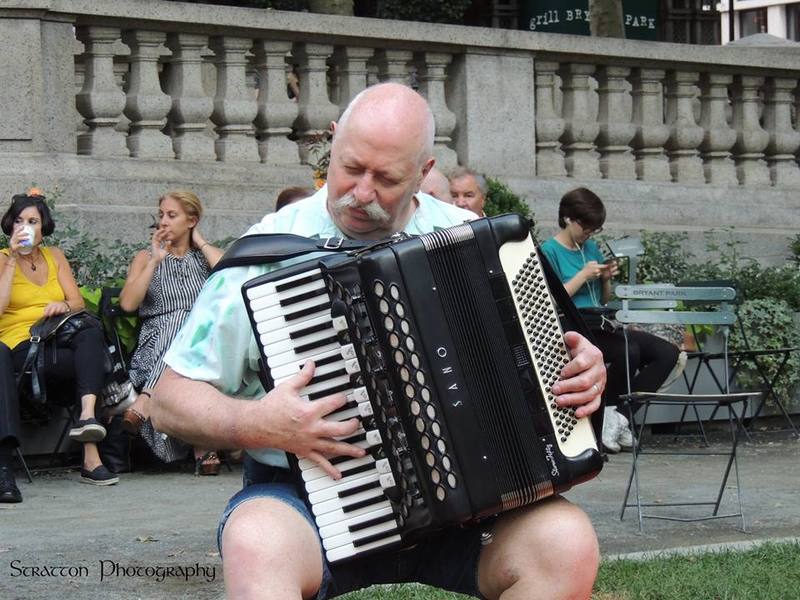 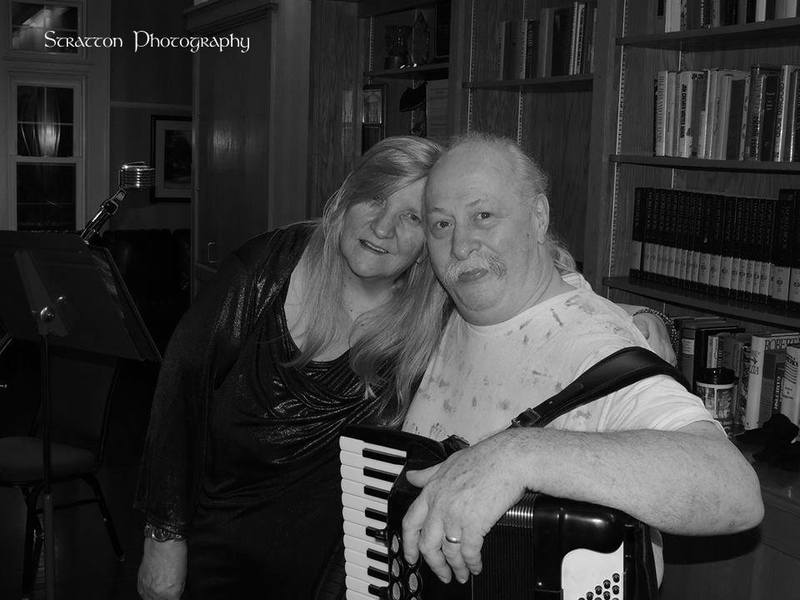 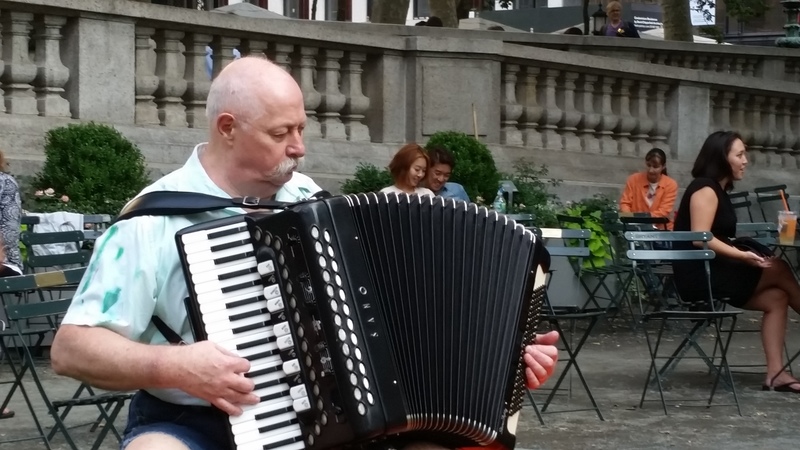 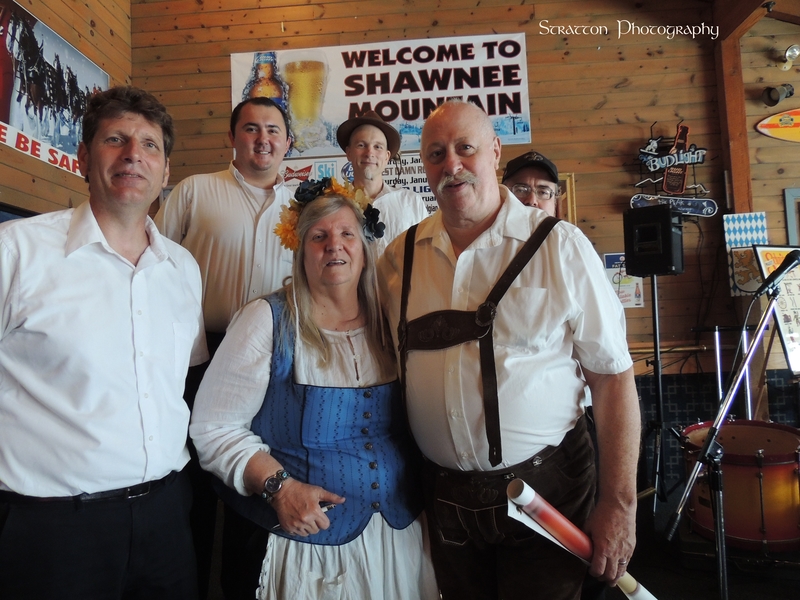 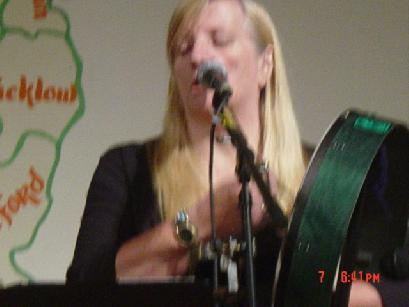 SheilaMark Band This is a Hammond organ driven, female fronted band. We do Blues, Rock, Zydeco and many popular songs of the day and yesterday.

We play and sing great songs from many eras that include the 30, 40, 50's and also some songs from Rock, Blues, Jazz and Zydeco.  We have wonderful performers in this band.  Mark Hamza is the accordion player and Mark, the B3 organist, plays a modified Hammond organ that allows him to play all the bass lines with his feet. Mark has performed in New Orleans as well and is really great on Zydeco accordion and has composed his own song called "Zydeco Cheesecake" Our singer, Sheila Stratton-Hamza, spotlights the great female Blues and Rock singers from the 60's to the present. She has a unique and huge sound.  The SheilaMark Band is able to play different musical styles, so we can satisfy a diverse audience. We also play a lively mix of tunes to get the audience and dancing.

The Apple Strudel Gang is a great German Ompah band with strong performances by Mark on accordion, Sheila on vocals and boomba, clarinet, trombone, drums and trumpet.  They perform wonderful songs of the present day German genre and great tunes from the Rheingold orchestra song book from pre World War II Germany.  Many performances are for biergartens and Oktoberfest in both a festival and smaller setting.  Mark and Sheila also do a duo of German music for smaller venues.

CelticMoon Duo and band, Mark Hamza and Sheila Stratton-Hamza are the CelticMoon Duo, Sheila on vocals and bodhran-Mark on accordion. We entertain with Irish traditional and Irish American favorites for pubs, family gatherings, weddings, wedding rehearsals, festivals and life celebrations (wakes). We have performed at Woodloch Pines, Hawley, PA for their Irish St. Patrick's Day celebrations. The sets were well received and had the audience singing along and up and dancing. We were the CelticMoon trio with Mark Hamza, Sheila Stratton-Hamza and violinist Mark Woodyatt. We also have a full band of accordion, guitar, drums and vocals for your next party.

The Great Swamp Dixieland Band, consists of Hammond organ/accordion, saxophone, trombone, vocals and drums. The band plays a combination of cover songs and originals that reside on the “Jazzy side of the Blues with a New Orleans flair.

SheilaMark Duo are experienced musicians who perform at senior facilities, restaurants and coffeehouses.  Sheila is the vocalist and Mark accompanies her on accordion.  The mix of music we perform include polkas, waltzes, tangos, songs from the 1920’s-1970’s, show tunes and songs from the movies with an emphasis on the time of year we are entertaining.